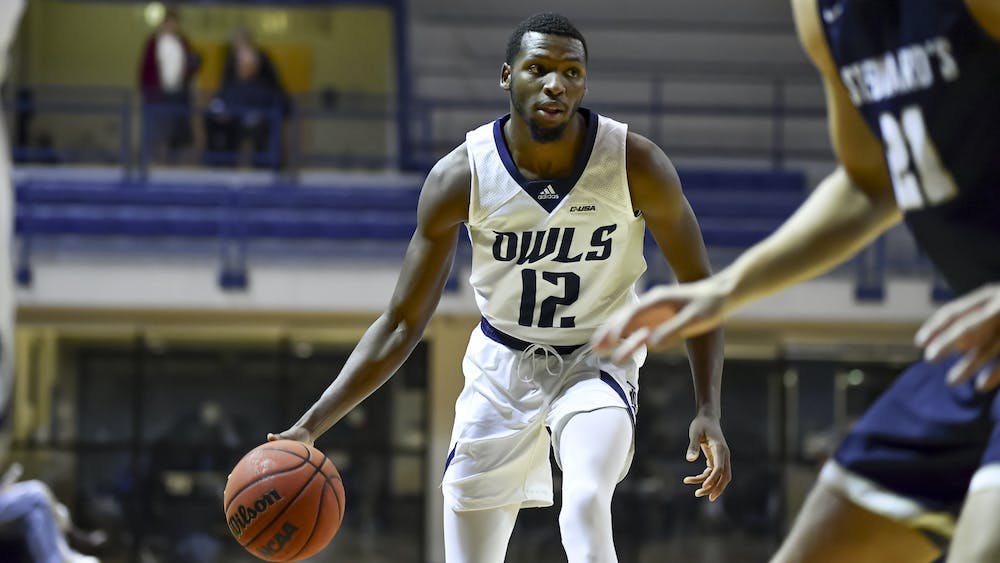 As many undergraduate students went home for Thanksgiving break, the Rice men’s basketball team spent their break participating in the Gulf Coast Showcase in Estero, FL where they won their first game but dropped the last two. In the first game last Monday, the Owls beat the University of Evansville 109-104 in three overtimes. However, following the win, the Owls did not have positive results for the remainder of the showcase as they lost to Oakland University 76-73 on Tuesday and were defeated by Fordham University 84-74 on Wednesday. After their Thanksgiving-week competition, the Owls are now 4-3 on the season.

According to head coach Scott Pera, the Owls started the tournament strong, but have a lot to learn from their two losses that led to an undesirable ending to the tournament.

“The victory against Evansville was a great win to start the tournament; however it did not end the way that we wanted,” Pera said. “We lost to two good teams in Fordham and Oakland, but both games were where we led in the second half. These games are ones that we can hopefully learn from and get better from.”

Pera believes that despite showing positive flashes on both offense and defense, the team was unable to string together their strong performances.

In the first game of the showcase, the Owls faced off against Evansville and escaped with a victory in triple overtime. The Owls scoring was led by sophomore forward Max Fiedler and junior guard Chris Mullins who both achieved career-highs in points with 30 and 25, respectively.

According to Pera, the game against Evansville was a big win for the Owls and showed the value of having a veteran presence on the roster.

“I’m really proud of our kids,” Pera said. “That was a mature win. Again, having older guys makes a difference. The guys never panicked. We struggled. But in the second half, we got back in it and we really started to believe that we could win the game. Max had a couple of big rebounds and I thought [Mullins] was tremendous playing both ends of the floor.”

Following their first game, the Owls dropped a close matchup against Oakland where they lost 76-73 after a failed comeback bid nearing the end of the game. The Owls shot just 41.3 percent from the field, down from 55.2 percent the day before. Graduate guard Carl Pierre, who led the team in scoring with 22 points. Unsatisfied with the result, Pera said that the Owls loss was due to the team’s inability to replicate their first-half production.

“If we had played like that in the first half and not waited around we would have had a better chance to win the game,” Pera said. “But, Oakland deserves the credit. They played better [and] they deserved to win.”

The Owls were unable to catch a break on Wednesday as they fell to Fordham 74-84 in the match that decided third-place. Similar to the previous games, this match was a close one that came down to the wire. Despite setting season-highs for made three-pointers with 12, and three-point percentage, at 50 percent, the Owls were unable to secure the victory as Fordham pulled away with the lead late in the game. The Owls’ scoring efforts were once again led by Pierre who had a season-high 26 points behind six three-pointers along with a double-digit scoring effort by sophomore guard Travis Evee.

After facing Texas State University  at home Tuesday night and their participation in the Gulf Coast Showcase, the Owls look forward to facing off against numerous non-conference opponents until the end of December, with their biggest matchup coming on Dec. 22 when the Owls travel to Austin to play No. 7 University of Texas, Austin. With these non-conference opponents coming up and a slate of home games, according to Pera, the team hopes to continue to improve and defend their home court successfully.

“Our goal over the next couple of weeks is to get better every day and protect our home court now that we play four of our next five games at home,” Pera said.