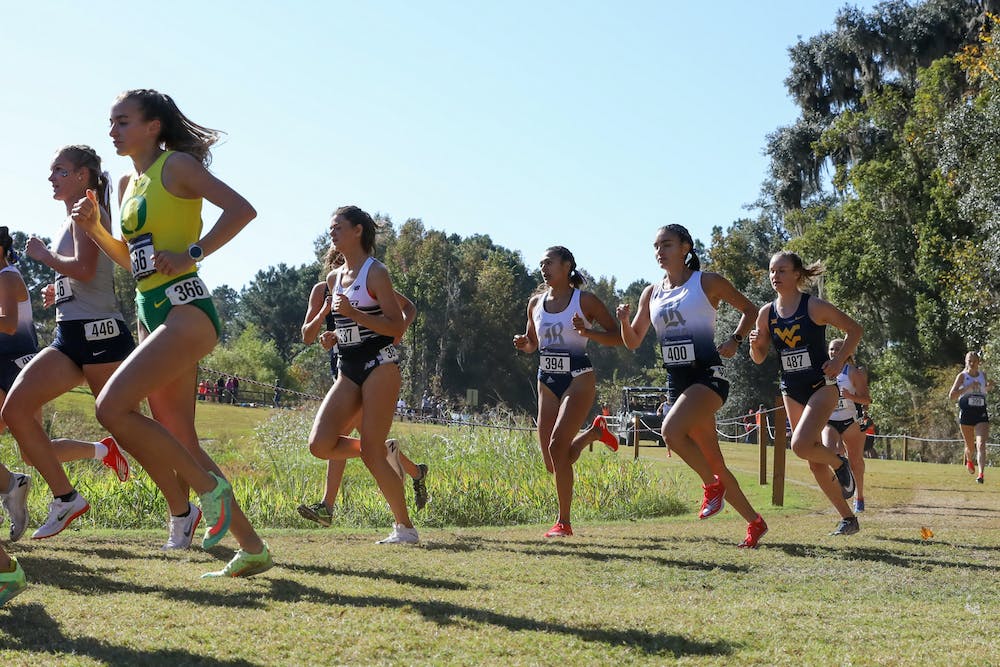 The Rice women’s cross country team fell short against the stiff competition of the NCAA Cross Country Championships Saturday morning. Racing at the Apalachee Regional Park in Tallahassee, FL, the Owls placed last out of 31 teams, in the program’s seventh overall appearance in the cross country championships.

With 255 runners from 31 college programs around the country, Rice scored 811 points in the 6k race, 43 points behind their nearest competitor. The seven runners for the Owls accumulated a total time of 1:47:17 with an average of 21:27.4.

Comparatively, first-place North Carolina State University scored 84 points with a total time of 1:38:48.3 with with an average of 19:45.66.

Sophomore Grace Forbes led the individual performers for the Owls as they placed No. 45 with a time of 20:01.8. Forbes missed out on being recognized for her second consecutive cross-country All-American award by five spots. Senior Lourdes Vivas de Lorenzi was ranked No. 217, sophomore Caitlin Wosika placed No. 226, and sophomore Taighen Hunter-Galvan placed No. 230. Junior Alyssa Balandran (No. 242), sophomore Rachel Shoemaker (No. 245), and freshman Haley Allen (No. 246) also represented the Owls at the championship tournament.

Although the Owls did not get the result that they wanted, according to head coach Jim Bevan, the team’s journey to qualify and get to the competition was a great accomplishment in itself.

“I'm extremely proud of these young ladies for getting here,” Bevan said. “From where we started back in September to what we accomplished is a priceless achievement and they'll take away these moments for the rest of their lives. Just making it to nationals is just a huge accomplishment, like winning a first-round game in every other 64-team tournament.”

In addition, Bevan also stated that the competition was a great learning opportunity for the young team and will serve as a great experience for the future.

“This was a great learning experience and a lifetime experience,” Bevan said. “There's really no way to prepare for such an intense competition like this one other than being here before. We did our best as a young team and gained invaluable experience and can hopefully use that to get back here again. We'll return five of our seven runners next season and utilize this experience to get even better.”

The meet brings an end to the Owls’ season, during which they earned top-five finishes in five of their six races prior to Saturday.  The Owls placed No. 3 at the Conference-USA Championships and No. 2 at the NCAA South Central Regional, while Forbes won the individual title at both competitions.

With five runners returning next season, the Owls hope to build upon their positive results from this season and continue to improve next fall.