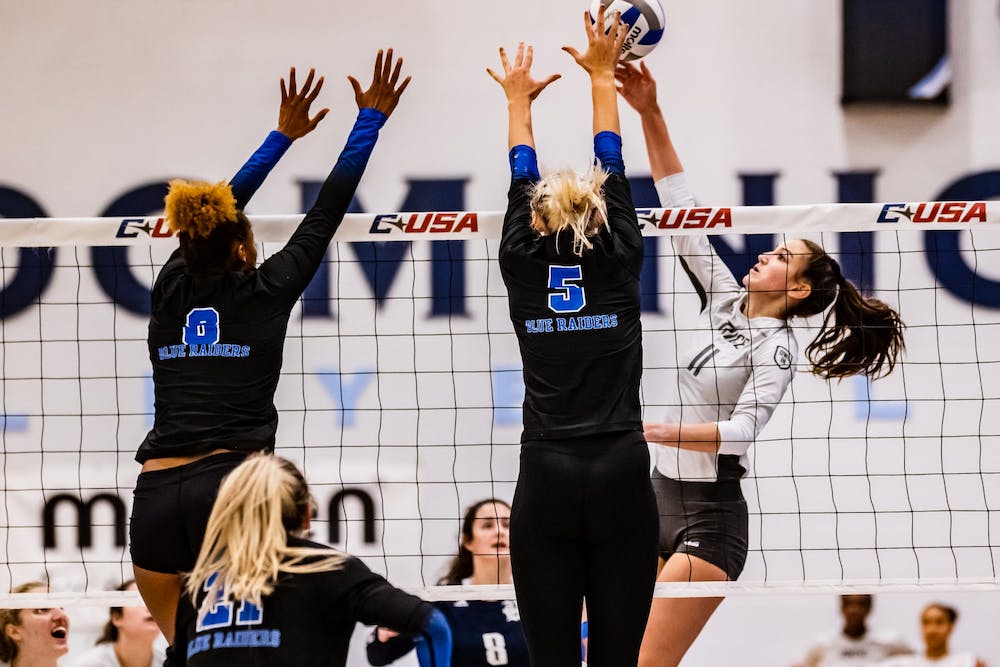 Rice volleyball took down Middle Tennessee State University on Saturday in straight sets to advance to their fourth straight Conference USA championship game, where they will face No. 18 Western Kentucky University. After the win, head coach Genny Volpe said that the team is playing some of their best volleyball right now as they look to clinch a spot in next month’s NCAA tournament.

“I think we showed today that we are locked in,” Volpe said. “That was an extremely efficient performance today.  We are tough to beat when we execute at that level offensively.”

The Owls opened the game with a convincing 25-16 win in the first set, behind six kills from senior outside hitter Nicole Lennon and four from junior middle blocker Anota Adekunle. They followed this up in the second set by getting out to a 9-3 lead, and were able to withstand a late Blue Raider push to take the set 25-19. The third set started out with some back and forth, but a 13-3 Rice run took the score from 11-10 to 24-13, and they held on to take the set 25-16 and secure their 14th consecutive victory.

Lennon led the way for Rice with a game-high 19 kills, on a .514 hitting percentage. As a team, the Owls put up a .356 hitting percentage, more than double MTSU’s .174. They also won consistently at the net, out-blocking the Blue Raiders 9-1.

The win came the day after the Owls beat the University of North Carolina at Charlotte three sets to one in the first round of the C-USA tournament.

Rice will now turn their attention to 26-1 WKU. The two teams have met in each of the last two C-USA title games, with the Hilltoppers winning both. If the Owls are finally able to get past their conference rivals, they will not only take the conference title, but also earn C-USA’s automatic bid into the NCAA tournament, which starts on Dec. 2. With both teams ranked in the top 25 according to the Rankings Percentage Index, the loser will likely have a shot at one of the tournament's 32 at-large bids. According to Volpe, the Owls have worked hard to get this far in the postseason after a 5-5 start to the year.

“I’m really proud of this group but the work is not over,” Volpe said. “We have been really working to be in the position to win the C-USA championship and look forward to tomorrow.”

The Owls and Hilltoppers will play for the C-USA title Sunday at 10:00 am in Norfolk, VA.