Review: ‘The French Dispatch’ is a solid but not stellar addition to Wes Anderson’s portfolio 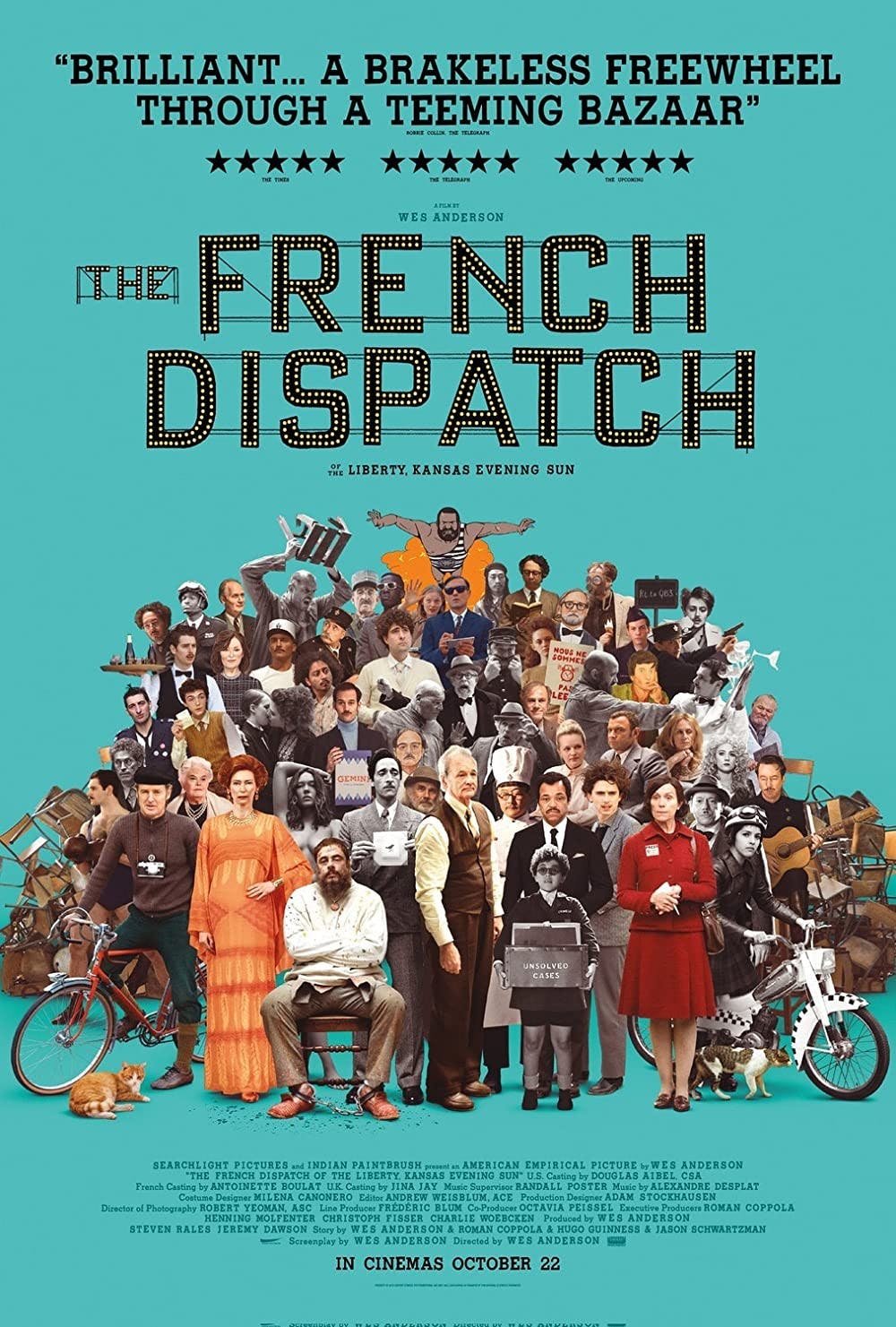 Wes Anderson’s movies exist between disagreement and divisiveness. He’s a filmmaker so distinct and unwavering in his style that you either love him or hate him, but his films aren’t likely to lead to spirited debate. Anderson clicks for some people, and for others he doesn’t. “The French Dispatch” is no different. As a solid but not stellar entry from Anderson, this movie should be enjoyable for fans of his work but an easy skip for his detractors.

“The French Dispatch” follows a magazine similar to the “New Yorker” in the fictional town of Ennui, France. Told in an anthology format, each episode within the movie functions as a story within a magazine about a different, absolutely stacked cast of characters.

Stacked might be an understatement for the actors within this film. Two-time Oscar winner Christoph Waltz pops up for all of two lines, and Henry Winkler (The Fonz!) is on screen for under ten minutes. Anderson has reached a level of success where he can cast whomever he wants in a movie about whatever he wants that is filming wherever he wants, all with a studio happily handing him $25 million to do it. Listing every famous person in this cast could take the entire article.

Where “The French Dispatch” succeeds the most is in the technical realm. There’s a refrain throughout this movie spoken by the editor of the paper: “Just try to make it sound like you wrote it that way on purpose.” Anderson emulates this motto, imbuing every frame with a sense of tightly controlled purpose. A wonderful score from Oscar winner Alexandre Desplat accompanies the carefully crafted visuals that have become inseparable from Anderson. His typical dollhouse format is present here, and Anderson seems to have fun transitioning from black-and-white to vibrant color to fit the mood of each shot. While this worked overall, there were moments where a quick flash of color left me wanting more. Anderson is, unsurprisingly, very good at making a movie in black and white. His use of color, however, is even better. Part of what I love about the shots he creates are the lively colors which add a richness that was occasionally missing here.

To say that “The French Dispatch” leans heavily into Anderson’s stylistic quirks is practically pointless; after all, when has he ever made a movie that doesn’t? “The French Dispatch” is rife with the blunt characterization and dialogue Anderson often employs, but this approach coupled with the anthology format does cause this movie to come across as colder or more emotionless than his other efforts. “The French Dispatch,” is about as close to a popcorn movie as Anderson can get. Although each story is interesting, I nevertheless left the movie feeling that they were somewhat empty.

While “The French Dispatch” is full of thoroughly enjoyable farce, it lacks heart. Within one of the episodes in “The French Dispatch,” the editor of the paper discovers that a writer cut a conversation from an article because it made the writer too sad. The editor argues that such an intense emotion is the exact reason this conversation should be written, to which the writer responds he couldn’t disagree more. I can’t help but wonder which character in this conversation Anderson aligns himself with.