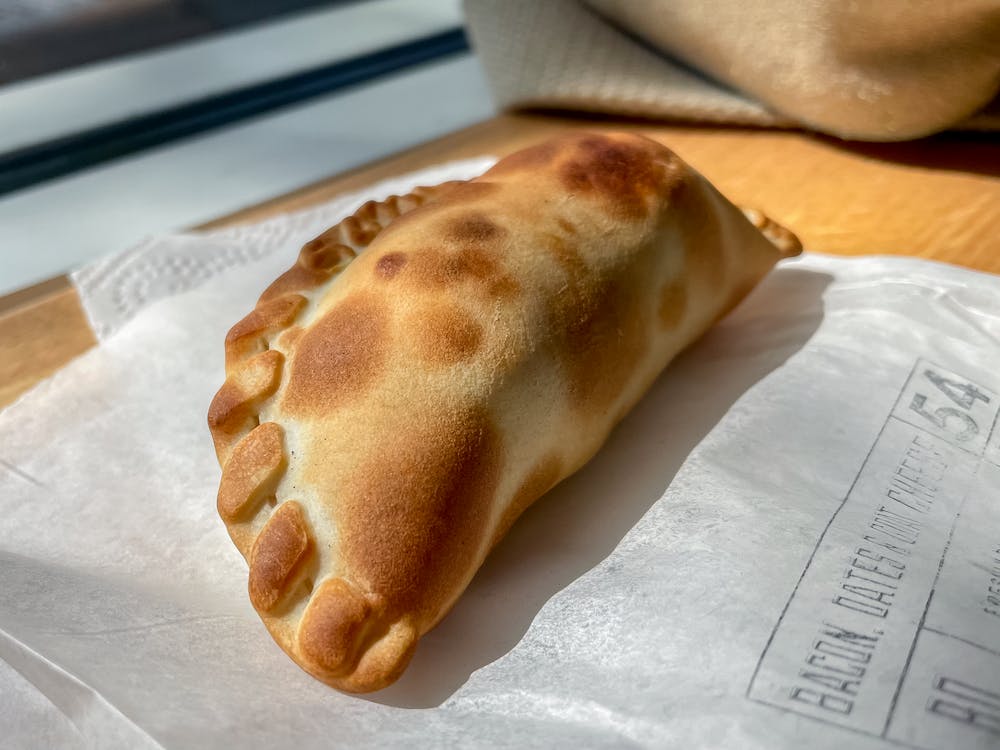 On a restaurant’s opening day, some might worry that they’ll be met with a myriad of problems from low-quality customer service to absurdly long wait times. However, this wasn’t the case for 5411 Empanadas, which opened on Nov. 6. Located in Midtown about a 10 minute Uber ride from Rice campus, you’ll find a welcoming, modern ambiance, quick and friendly staff and, of course, delectably warm, made-from-scratch empanadas.

Named for the international dialing code for Buenos Aires, Argentina, 5411 Empanadas began as a Chicago food truck in 2009. After gaining popularity, the owners opened the flagship location in 2012 before expanding to the greater Chicago area. More recently, the restaurant has branched out into Houston, opening downtown in 2016 before adding its Midtown location this year.

The new restaurant has a sleek, modern look with white-tiled walls, wooden coffee tables, lo-fi music and an open coffee bar. There was a long line upon arrival, but it moved fairly quickly, and the service was commendable, with friendly staff. The restaurant even handed out complementary tote bags to customers in honor of the grand opening.

Now, let’s talk empanadas. Priced at $2.75 per empanada, the menu provides a plethora of options to choose from. They have everything from Impossible meat to malbec beef to banana and nutella. After heavily debating which ones to try, I settled for three: traditional beef, barbeque chicken as well as one with bacon, dates and goat cheese.

By far, the bacon, dates and goat cheese empanada was the standout. The flavor profile was immaculate — not too sweet, salty or rich. It arrived warm from the oven with a perfectly baked shell. The ratio of bread to filling was superb, and it genuinely exceeded my expectations. I ordered the housemade chimichurri sauce as well, which was flavor packed with garlic, parsley and olive oil. The combination of the empanada with the sauce was absolutely delicious, and they complemented each other excellently.

Similarly, the barbecue chicken empanada had savory and sweet flavors, although they were not as strong as the previous. It was decent, but it was missing the traditional barbeque smokiness from the chicken. The onions and cilantro added texture and a more complex flavor, and it wasn’t too greasy.

Unfortunately, I’d have to rank the traditional beef at the bottom of the list. The empanada was comparatively bland and heavily depended on the chimichurri to boost the flavor profile. The ingredients were high quality though, and I would still recommend it if you’re looking for a classic and simple beef empanada.

For both empanada lovers and first-timers, you will not be disappointed with a trip to 5411 Empanadas. It’s close to campus, decently priced and offers something for everyone. Between the friendly staff and welcoming atmosphere, it makes for some good food with good vibes.