Must-watch Indigenous cinema: Films to check out this November 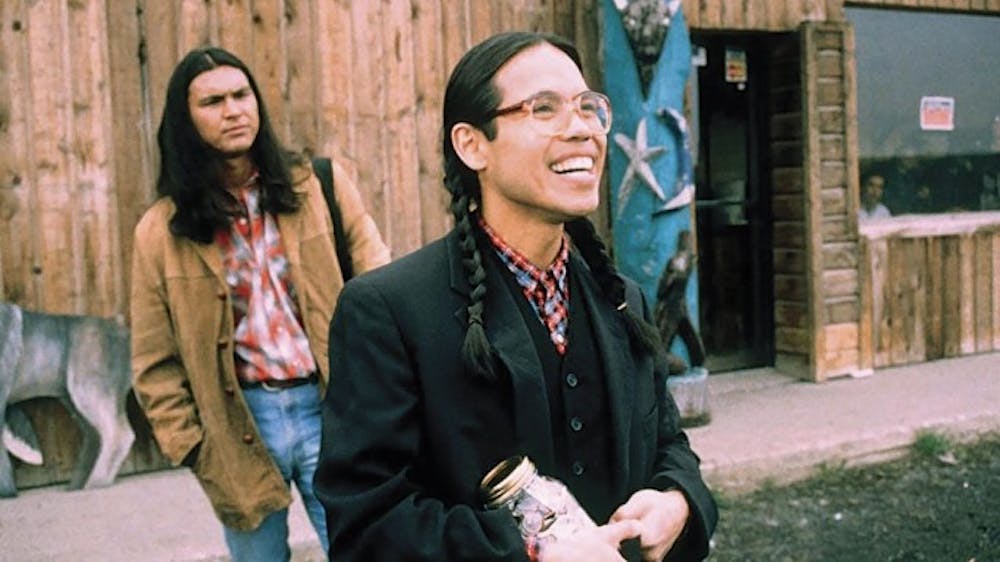 Hollywood has a lengthy history of subjecting Indigenous people to negative portrayals and one-dimensional stereotypes. Fortunately, over the last few decades, Indigenous creators have been able to make their own voices heard by showcasing the unique and diverse complexities of their culture through film. Nov. 1 marked the beginning of Native American Heritage Month, a time to celebrate the unique culture of Indigenous people and the perfect time to explore Indigenous cinema, a thriving film genre and a great way to support Indigenous artists.

This film is probably one of the more well-known and mainstream pieces of Indigenous cinema, which makes for a great gateway into the genre. Directed by Chris Eyre, a member of the Cheyenne and Arapaho Tribes, this movie is a buddy picture, coming-of-age-story and western-inspired adventure story rolled into one.

“Smoke Signals” follows the story of Thomas and Victor, two teenaged residents of an Idaho reservation who spend their time telling stories, playing basketball and arguing about the complexities of being Native American. When trouble calls, the duo set out on a scenic journey across the countryside to find Victor’s absentee father and bring him home.

The movie’s long, trailing shots combined with a poignant exploration of familial trauma deliver a somber message to its audience. On the flip side, the dialogue’s wry humor and the undeniable charm of its soundtrack make for an enjoyable viewing.

This film is available for rental on Amazon Prime Video and Apple TV.

This 2001 film, directed by Inuit filmmaker Zacharias Kunut, is a three-hour epic that features dazzling landscapes, incredibly immersive cinematography and is written entirely in the Inuktitut language. If viewers are a die-hard fan of the likes of “2001: A Space Odyssey,” this might be the film to consider — though the film is so unique that comparing it to other films seems unfair.

This film marks the first-ever big-screen dramatization of Inuit oral tradition. The plot retells the centuries-old legend of Atanarjuat and his tightly knit community which, after suffering from a trust-breaking crime, learns to heal and forgive. A simple plot synopsis doesn’t convey the distinctive style of Inuit storytelling to which “Atanarjuat” faithfully adheres. If you’re looking for something bold and different to watch, start here.

This movie is available for rental on Apple TV.

“Mekko,” despite being a thriller, offers a particularly slow burn that’s almost meditative, even when it gets violent. This movie, directed by Seminole filmmaker Sterlin Harjo and released in 2015, follows the film’s titular Indigenous protagonist as he is released from a lengthy prison sentence for murder and, having nowhere to go, joins a community of unhoused Native Americans in Tulsa, Oklahoma.

Understated, quiet and deeply personal, this movie ambitiously tries to depict some of the present-day problems faced by Native Americans while maintaining a proud, strong and nostalgic connection to spiritual tradition. “Mekko” achieves the perfect balance between gritty realism and dignified experience while providing a uniquely modern context to Indigenous spirituality that viewers won’t usually find in box office films.

This film is available for free on Tubi or for rental on Amazon Prime Video.

Anyone who loves a good documentary should check out “Reel Injun.” Directed by Cree filmmaker Neil Diamond, this film takes a critical look at Hollywood’s usual representation of Indigenous people and explores multiple stereotypes audiences may have seen in popular films. This documentary is also particularly good for anyone who loves Westerns and is willing to take a critical look at the underlying injustices behind what made them so iconic.

Interviews with filmmakers and historians, combined with excerpts from some of the most famous films to ever depict Native Americans, paint a nuanced picture of the violent and increasingly complex relationship between Indigenous communities and Hollywood. It also mentions what Diamond refers to as a “Renaissance of Native cinema,” and lists multiple movies someone might consider watching if they find themselves craving more Indigenous cinema after finishing this list.

This film is available on Amazon Prime Video.