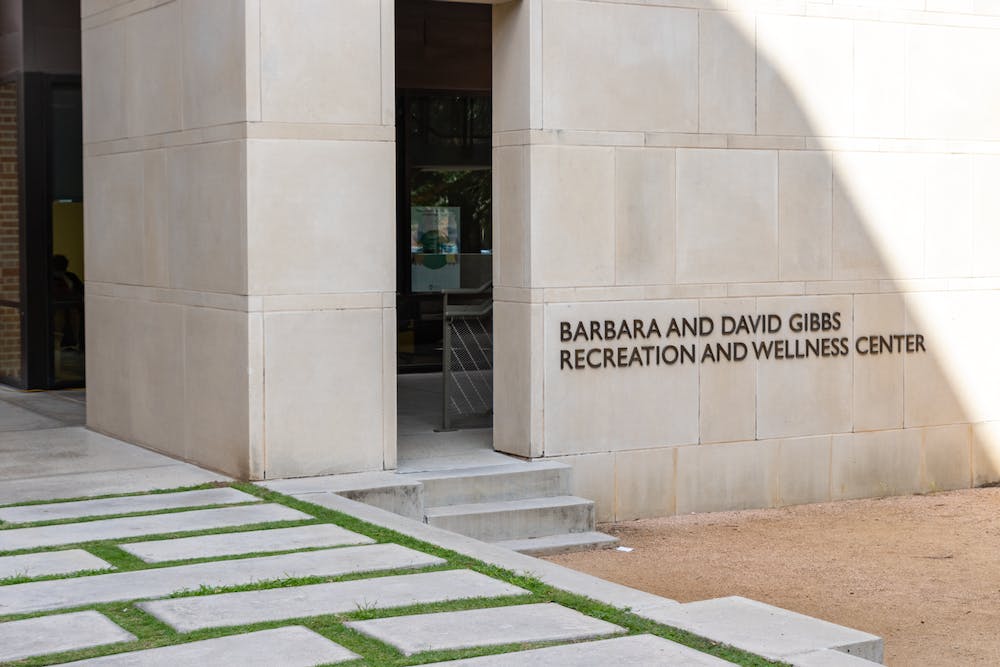 Editor's Note: Some students interviewed were given the option of remaining anonymous in the interest of keeping their mental health private. Anonymous students who are referenced multiple times were given false names, which have been marked with an asterisk on first reference.

The Wellbeing & Counseling Center have both seen an increase in use since the start of the COVID-19 pandemic, according to Elizabeth Plummer, the clinical director of the Counseling Center.

Plummer said that the Counseling Center has devised ways to prepare for an augmented number of student patients.

“We saw a pattern at the beginning of the school year of increased demand, and we wanted to stay ahead of that so we didn’t get to a point where we didn't have availability for students. [The changes were] a proactive, preemptive move,” Plummer said.

Changes include additional Counseling Center resources, such as the interactive self-health app WellTrack, which is free with a Rice email account, Plummer said.

A new part-time clinician has also been hired and will start by the end of October, with a permanent hire beginning next semester, according to Baumgartner.

“We’re well within the recommendation, but that still doesn’t mean the demand is normal,” Baumgartner said.

The Wellbeing Center has also implemented changes of their own, according to Agnes Ho, Director of the Student Wellbeing Office. Ho said the Center revamped their website to add an online scheduling form and a resource page for students, faculty, staff and families.

Adyson*, a student who uses the Counseling Center twice a month, said that they found scheduling appointments to be hit or miss.

“I've noticed, since I’ve used several different counselors, that [ease of scheduling appointments] depends on that counselor’s schedule and availability,” Adyson said. “One thing I didn't necessarily realize is how long it would take to get an appointment.”

Baumgartner said that the Counseling Center has not resorted to using a wait list to keep up with student demand. Scheduling an initial, routine appointment can take multiple weeks.

Adyson said that one of the hardest parts about getting into therapy is making the initial choice to start.

“Therapy is one of those things where the barrier to entry is already high, so for me, I should have gotten into therapy much earlier than I actually did,” Adyson said.

Lack of availability for routine appointments, however, may be due to issues on both the student and clinician’s ends, Plummer said.

“Rice students are incredibly busy and highly booked themselves, so, occasionally, you will have an issue where someone calls in and wants to be seen, and we will offer them multiple appointments, and they don’t fit with that student’s schedule,” Plummer said.

Brendan Frizzell, a Martel College sophomore, said he plans to sign up for his first appointment at the Counseling Center soon.

According to Frizzell, he learned about the Wellbeing & Counseling Center from a combination of his friends, Rice Health Advisors, and information he learned from giving campus tours and Orientation Week advising.

“From my experience, everyone knows about [the Wellbeing & Counseling Center], it’s pretty well advertised. Some people might not know the distinction between the two, but that’s a pretty easy thing to inform people on,” they said.

According to Ho, the Wellbeing Office serves to support students experiencing stressful situations such as academic pressure and relationship concerns. Plummer said the Counseling Center works with students who are experiencing distress from on-going issues, such as the pandemic.

“I think everybody’s just in that survival fatigue of living through this pandemic. All the times we have had to be flexible with different changes,” Plummer said. “It might just be my perspective from supporting [college students], but it feels like [students] have been so much more impacted by [the pandemic]... it really impacts every aspect of being a college student.”

Adyson said COVID-19 contributed to them seeking therapy at Rice, but it wasn’t the root cause.

“The pandemic brought out certain sides of situations that I wouldn’t have seen otherwise,” Adyson said.

Baumgartner said he agreed that the pandemic contributed to the increase in demand for the center.

“There’s this uncertainty that’s been going on for a long time,” he said. “[Increased demand for student therapy] is a national trend right now.”

Adyson said they looked into off-campus options as well, under the guidance of the Counseling Center. However, they said that cost influenced their decision to seek therapy from Rice clinicians instead.

“I don’t know if my health insurance covers those [off-campus resources],'' Adyson said. “I think it could be useful to have some kind of guide, if you’re looking for off-campus options, saying these are the things that may be more covered or less covered.”

“[Park] keeps a list of providers and what insurances they have and matches those folks up. For anybody that has the Rice insurance, it's actually really good mental health benefits,'' said Baumgartner.

Plummer said the Counseling Center also accommodates students by allowing them to set preferences for their clinician, such as ethnicity, religion and gender.

Frizzell said he appreciated that he could be matched with a counselor that shared his Latinx and Hispanic identities.

“I had already seen a counselor before the pandemic,” Frizzell said. “I didn’t feel like she helped me a lot because I didn't feel like she understood me in the right ways. Which is why, when the Counseling Center gave me preferences for who to match me with, I said, ‘Anyone who closely relates to my identity.’”

At the end of the day, the Counseling Center exists to be a short-term solution, not long-term weekly therapy, according to Plummer.