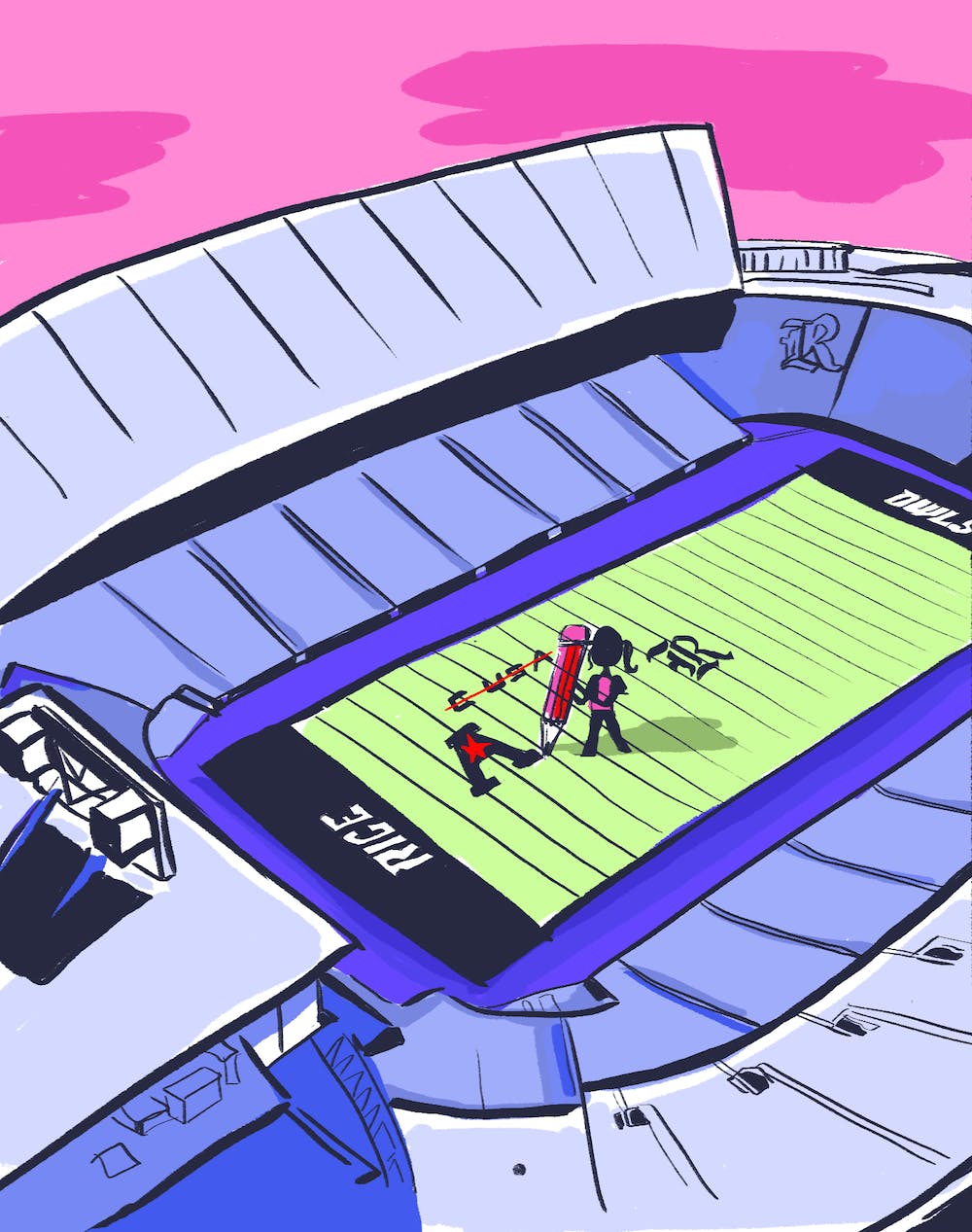 “Today is an unbelievable day for Rice athletics,” Karlgaard said. “Since the breakup of the Southwest Conference about 25 years ago, we’ve aspired to align ourselves with other institutions based on academic values, geography and tradition. The opportunity to join the [AAC] checks all three boxes.”

This will end Rice’s 16-plus year run with C-USA, which they joined in 2005 from the Western Athletic Conference. Prior to their time in the WAC, they had been a member of the SWC, which was home to nearly all of the major Division I schools in Texas, from 1915 until the conference folded in 1996.

After weeks of negotiations, Rice applied to join the AAC on Tuesday. Rice’s application was approved Wednesday before a complete agreement was reached today. They will be joined by the University of Alabama at Birmingham, University of North Texas, University of Texas, San Antonio, University of North Carolina at Charlotte, and Florida Atlantic University. According to Karlgaard, the move materialized quickly over the past two weeks.

“It’s been a really intensive six or seven week process for us,” Karlgaard said. “It was probably ten days to two weeks ago where I had a couple of conversations that led me to believe that we were getting some traction. Every day, I’d get more information that led me to believe that we’re getting a little bit more traction. And then it was over the weekend that I first heard that we’re likely to hear more definitive information [soon]. [When] the story broke the first part of this week, we [just] had to get all the I’s dotted and T’s crossed.”

While not one of the power-five conferences, the American has served as the de-facto sixth strongest conference in recent years. However, the status of the conference is in flux after three of its member schools, including the University of Houston, agreed to join the Big 12 earlier this year. Despite all of the turnover, head football coach Mike Bloomgren said that the AAC remains a top conference and will improve Rice’s recruiting profile.

“Joining the American means going into one of the top six conferences for football in the nation,” Bloomgren said. “And there have been multiple years in recent history, including this one, where they’re certainly not number six, they’re a lot better than that.”

After losing UH, adding Rice will allow the AAC to maintain a presence in the valuable Houston market, as they attempt to increase their footprint in Texas. The conference recently moved their headquarters to the Dallas area, and will now include four Texas schools. AAC Commissioner Michael Aresco said that geography and market size played a significant role in their selection process.

“This is a strategic expansion that accomplishes a number of goals as we take the conference into its second decade,” Aresco said. “We are adding excellent institutions that are established in major cities and have invested in competing at the highest level. We have enhanced geographical concentration which will especially help the conference’s men’s and women’s basketball and Olympic sports teams.”

The move will also have a significant effect on Rice’s athletic budget. The AAC’s current TV contract pays members $7 million each year, compared to the less-than $500,000 payout that C-USA members receive. While the new additions will not see that full amount immediately, they are expected to receive $2 million annually at first, before eventually working their way up. But according to President David Leebron, the economic effects of joining the American will go well beyond just TV contracts and could change Rice athletics entirely.

“If you look at the economics of the AAC, they’re certainly stronger than what we’ve been used to,” Leebron said. “I also think our alumni and fans are going to be very excited about this move, and we’re going to see greater attendance as well as donations. This is a real inflection point for us, it’s going to create excitement and opportunity.”

The move is the latest domino to fall in a wave of conference realignment that began over the summer, when the University of Texas, Austin and the University of Oklahoma agreed to leave the Big 12 for the Southeastern Conference. The Big 12 countered by poaching UH, the University of Central Florida, University of Cincinnati from the American, along with Brigham Young University. Instead of just replacing its departing members, the AAC decided to expand. They initially eyed three schools from the Mountain West Conference, along with UAB, before those plans fell through. They pivoted, eventually deciding on the six C-USA schools, which will bring the conference to a total of 14 members for football and basketball, and 15 members for other sports.