Review: ‘Squid Game,’ is it worth the hype? 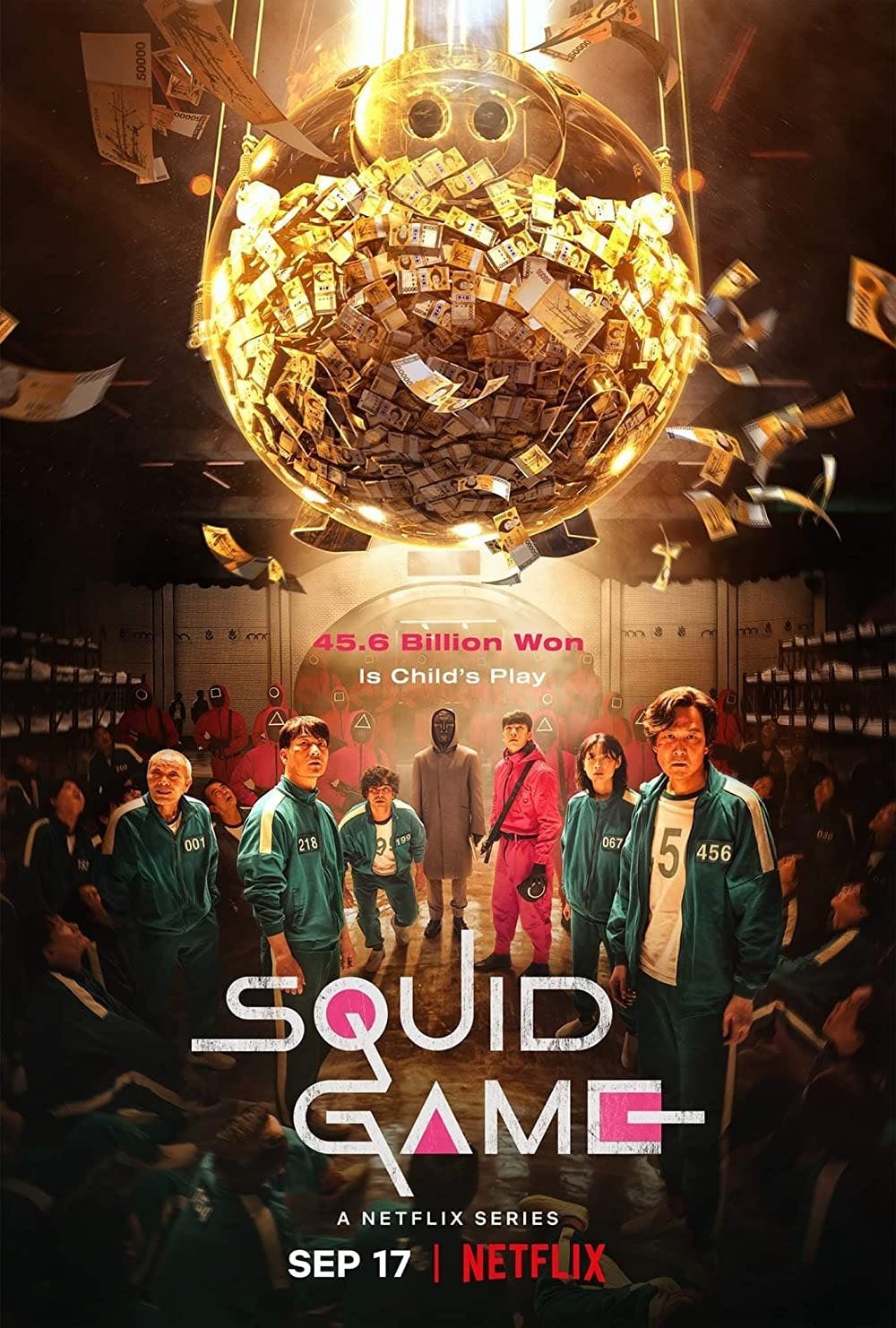 Even if you aren’t one to keep up with the latest entertainment trends, you’ve probably heard of “Squid Game.” This new Korean Netflix show became the most watched show in 90 countries within ten days of its release, making it a larger global phenomenon than anyone likely expected.

For those looking for a quick overview: The show focuses on Gi-hun, a man deep in debt from betting on horse races and unable to support himself or his family. A man at the train station has Gi-hun play a strange game for 100,000 Won (roughly $83). After taking a bit of a beating, Gi-hun gets his money as well as a card with a phone number on it.

The next thing we know, he’s in the game with 455 other players in green uniforms. These players are all told to play games inspired by Korean children’s games for a chance to have their debts relieved. There is a chance to leave after the first game when several of the players are shot and killed, but many return soon enough, setting off the rest of the series.

The first half of the show is significantly better in action and quality of content than the second half, while the latter portion offers more explicit political and social commentary. The first half pulls audiences in while the second brings them out of the metaphor and into reality, providing discomfort with how connected different systems of oppression truly are, from economics to government to policing and the law.

The show portrays a stark contrast between the lives of the players and the lives of rich men betting money on humans as they would horses, like Gi-hun did. While the rich have money to gamble without thought, those who gamble for money end up staying poor. Or, in the case of the show, end up dying or are traumatized by it. These themes seem vital to understanding the point of the show.

As far as Netflix series go, it’s high-quality, although Korean speakers have told me that the show is poorly translated into English. The characters, cinematography, acting and plot are all top-notch, with plot holes mainly implied to be the result of the irrationality of human nature. I noticed very explicit examples of human psychological principles in action throughout all the episodes, which seems to be what has made people fall in love with the show despite (or, sometimes because of) its gory, on-screen deaths and otherwise unsettling aesthetic.

“Squid Game” serves as a metaphor to share a cynical but important view of the world’s current state. It’s extremely effective, as its popularity can attest to, showing that we, the viewers, are in fact analogous to the rich watching these people for entertainment, as opposed to being part of the game like we expect when we first watch the show. As we watch these players make decisions that can truly be described as psychological torture, we see what makes and breaks a human. I recommend “Squid Game” to any fan of shows that analyze humans at their limits — and that don’t mind uncensored gore.