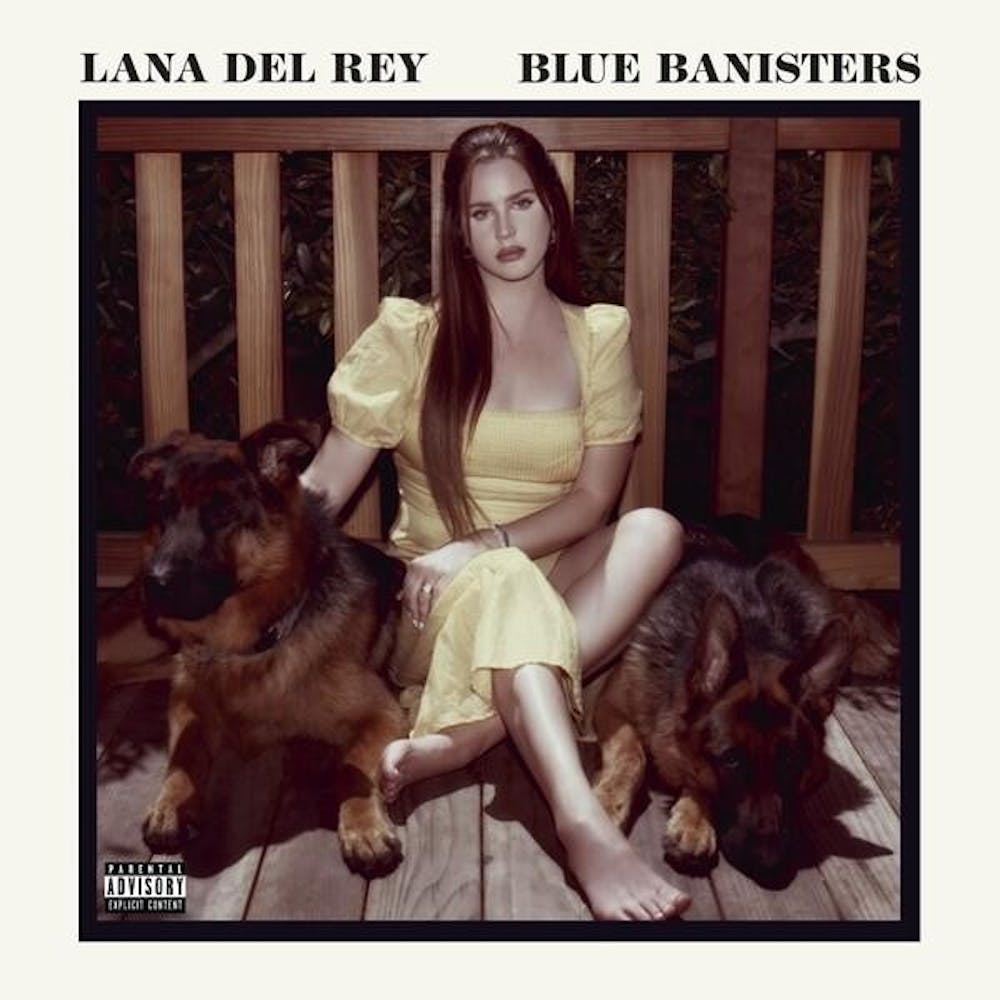 Lana Del Rey has finally released her newest studio album: “Blue Banisters.” Del Rey’s second album this year, “Blue Banisters” proves itself to be a deeply introspective album, with lyrics that feel like we’re reading from Del Rey’s personal journal. Through this album, Del Rey tackles issues of rocky relationships, family dynamics and friendship, while also taking her chance to respond to her recent critics with a voice as beautiful as ever.

In this album, it feels like Lana has realized simplicity is typically her strong suit. It opens with the song “Text book,” one of three surprise singles from the album that was released in May. It’s a strong opening to Lana’s album that reflects on her relationship with her father. However, the addition of lyrics concerning the Black Lives Matter movement feels like a desperate attempt by Del Rey to overcome her past controversy. This song leads into “Blue Banisters,” which sadly fades into the background compared to other songs of the album.

“Arcadia” misses the mark as Del Rey, originally from New York, pushes forward the narrative that she is a California girl. While her Joni Mitchell-esque vocals were beautiful, I just was not a fan of the national anthem-like qualities of this song and the number of metaphors and similes she uses to get across that LA really is a part of her.

“Violets for Roses” leads into the latter half of the album and is one of my favorite songs I’ve heard from Del Rey. It describes her falling back in love with herself and her life after feeling forced to change by a lover. The easy simplicity of lyrics like “Ever since I fell out of love with you, I fell back in love with me,” combined with sparkling background instrumentals makes for a touching and striking song. “Dealer” is a fascinating break from the heartbroken and deeply personal piano ballads. The drum kit opening has you bobbing your head.

“Black Bathing Suit” is another standout of the album and is a song that future historians and college English professors could wring dry as evidence of life during the current pandemic, featuring countless Zoom meetings, Target runs and her body being scrutinized by the media. While Del Rey’s haunting, echoey vocals over slightly offbeat cymbal taps might be off putting to some, it’s a memorable song that easily falls in the top of rankings. In the song Del Rey also sings “And if this is the end, I want a boyfriend,” which is nothing if not relatable.

However, my personal favorite from the album is “Living Legend,” an ode to one of Del Rey’s closest friends, Jane Powers. The song gives me an odd feeling of nostalgia akin to being bathed in the warm orange glow of a sunset, as cliche as that sounds.

“Blue Banisters” is overall a success and seems likely to live up to the performance of previous albums. Lana delivers a genuine picture of family, sisterhood, friendship and life in 2021. It felt like Lana was truer to herself than she ever had been before now, while still being able to break out of her musical comfort zone, even if just a little bit.