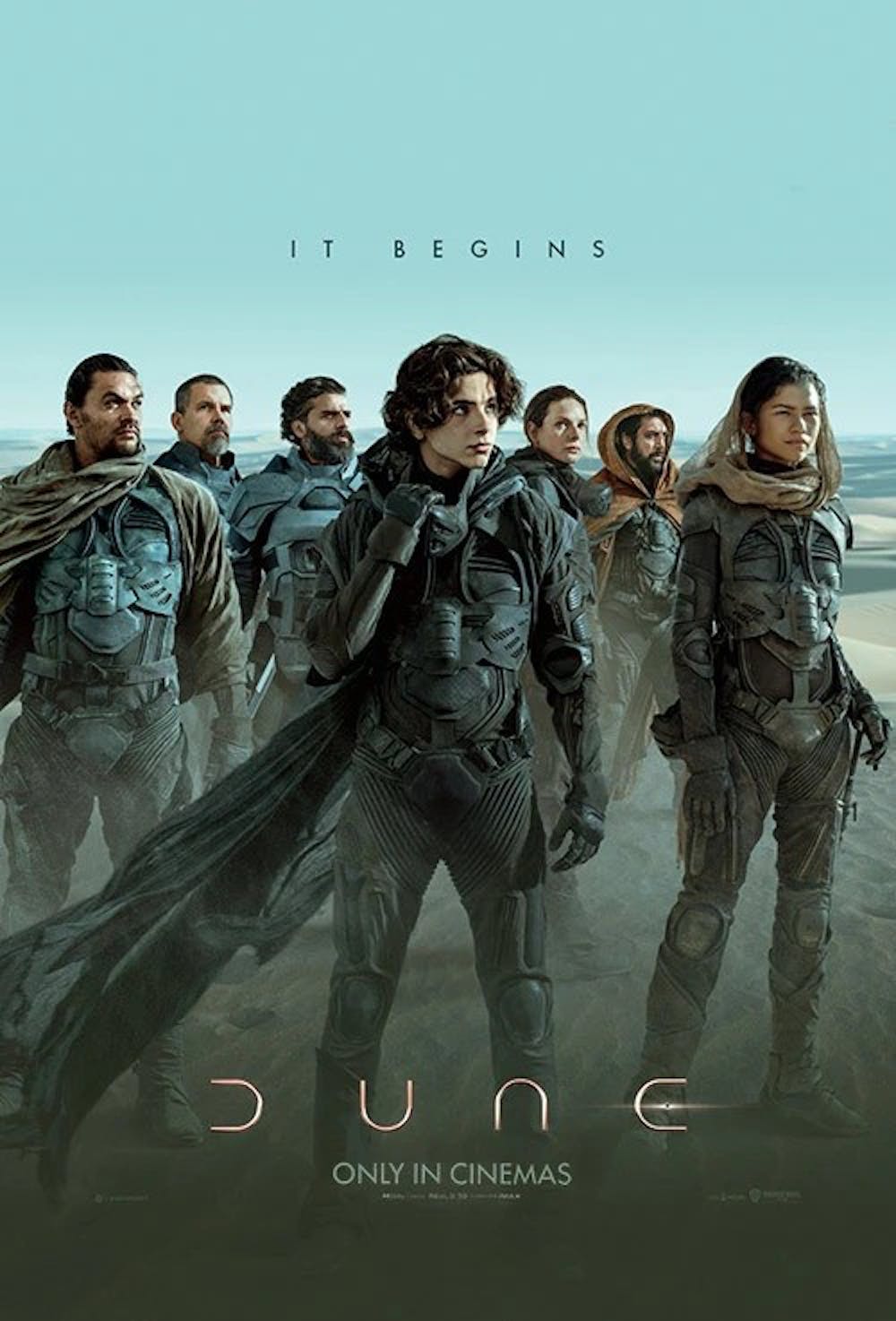 The film undoubtedly shines most in its first act which sets the stage and introduces us to the characters. The plot revolves around the planet Arrakis, a dry desert world where a substance called melange spice is mined. Melange spice is extremely valuable as its psychoactive properties enable humans to perform interstellar travel, and, since Arrakis is the only world where the spice can be found, control of the planet is extremely valuable. At the beginning of the film, the stewards of the planet, House Harkonnen, are recalled by the Emperor for unclear reasons and replaced by another powerful house, House Atreides.

The film follows Paul (Timothee Chalamet), the scion of House Atreides as he moves with his family to Arakkis, dealing with the political intrigue of the situation and with the native people of the planet, the Bedouin-like Fremen. In a time where films often subvert expectations, “Dune” behaves like a traditional hero’s journey, and the film feels like an epic (à la the Iliad). Though set in the future, the film avoids focusing too heavily on the technology of this universe and trusts that audiences will understand what is happening within the context of the film. This prevents “Dune” from getting bogged down in technological details like other sci-fi movies. The story prefers to instead shine a light on the human condition, the way we behave and how these characters reflect our lives, even in this world so far away.

There are moments in the film which are awe inspiring, and director Denis Villeneuve leans heavily into creating a visually astounding painting of this world. Having seen “Dune” in IMAX, each frame is immaculate, and the artistry behind the cinematography is abundantly clear. I do not usually comment on the format within which a movie is watched, but I strongly urge potential viewers to watch this film in theaters and on IMAX if possible instead of on HBO Max. As the film progresses, the quality of the film itself allows the audience to feel immersed even when the plot begins to slow. I truly feel that that immersion may be lost when watching the film on a laptop or TV leading to a more negative viewing experience.

This leads me to the greatest issue of the film: It truly feels like a prologue. Because the film focuses so much on building the world, it loses the feeling of actually living in the world. After the film’s first act, the pacing slows significantly, and it begins to feel like we are watching a series of events happening to characters instead of the characters having agency and doing things themselves.

To be fair, the build up within this film is amazing and sets up future films perfectly. Exposition never feels too heavy-handed — much of the world building comes through history logs that Paul watches throughout the film without feeling out of place. The movie also has great action sequences, particularly a long scene shortly after House Atreides takes control of Arrakis that felt like the best part of the film. Without giving away spoilers, this scene truly feels like the beginning of Paul’s journey and the beginning of the franchise's main story.

Regardless, “Dune: Part One” has laid the groundwork for what could be one of the greatest stories told through film if executed properly. The themes the film presents — the nature of heroism, environmentalism and imperialism, among others — are ripe for analysis through future sequels. Overall, the writing and craftsmanship behind this movie gives me great optimism for the future of this franchise.