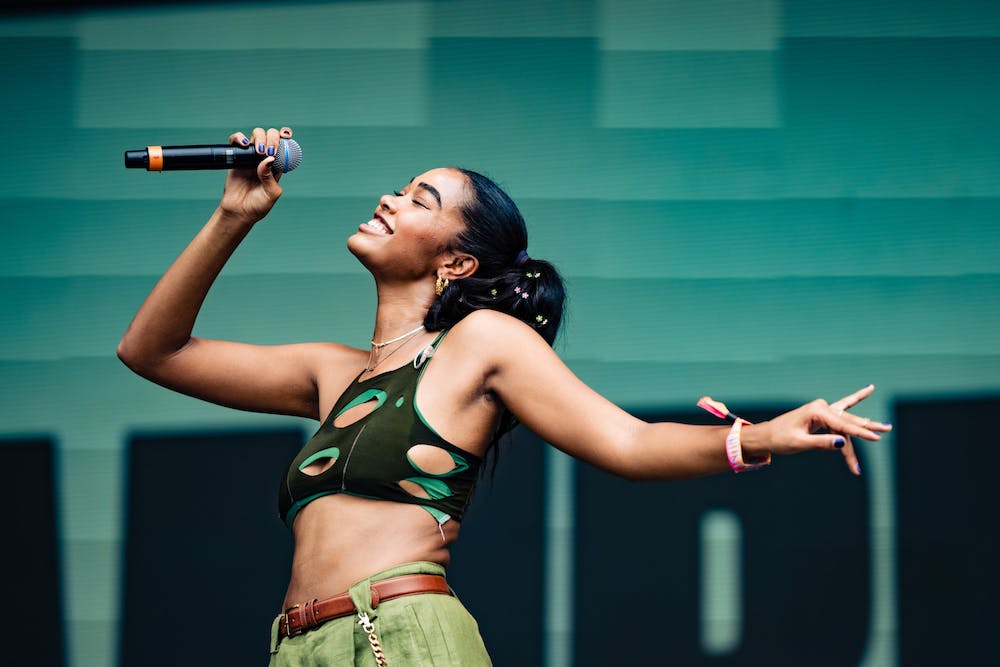 Amber Mark hopped on stage at Austin City Limits weekend one with an immediate presence as her fans cheered, unfettered by the merciless 1 p.m. sun. For the entirety of Mark’s set, fans danced and sang along as she and her band wove their way through an impressive discography. Throughout, Amber Mark peppered the audience with commentary, ranging from asking who was a nineties kid and explaining how her music is meant to unite and bring us together.

The show seemed to provoke a cathartic response from fans at ACL, something that Mark said she considers when writing her tracks.

“It always starts coming from an internal place and trying to express that side of myself and what I’m going through,” Mark said. “But I always try to consider [how the audience will respond].”

Mark further described audience and fan response as an affirmation of our commonality as humans.

“Everybody deals with these type[s] of emotions, I don’t feel like the feelings I have are abnormal.” Mark said. “I think that people connect because of the fact that we all have lows.”

Mark says that she’s trying to gain inspiration from being in nature — an idea made more appealing after isolation.

“The idea of going into nature and working on music and just having that time to myself is kinda the ideal situation right now,” Mark said. “When you’re in lockdown it makes you rethink ... Being in a cubicle apartment… you don’t have space, it gets ahold of you.”

With her debut album coming out at the beginning of 2022, Mark has already slowly but surely begun her writing process.

“I’m very slow with my process,” Mark said. “[But] I have some flutters of inspiration coming out.”

Judging from the crowd response during Mark’s set, fans are dying to see what those flutters turn into.

Mark’s debut album “Three Dimensions Deep” releases Jan. 28, 2022 via PMR/Interscope. Her tour comes to the Bronze Peacock Room at the House of Blues in Houston May 12, 2022.