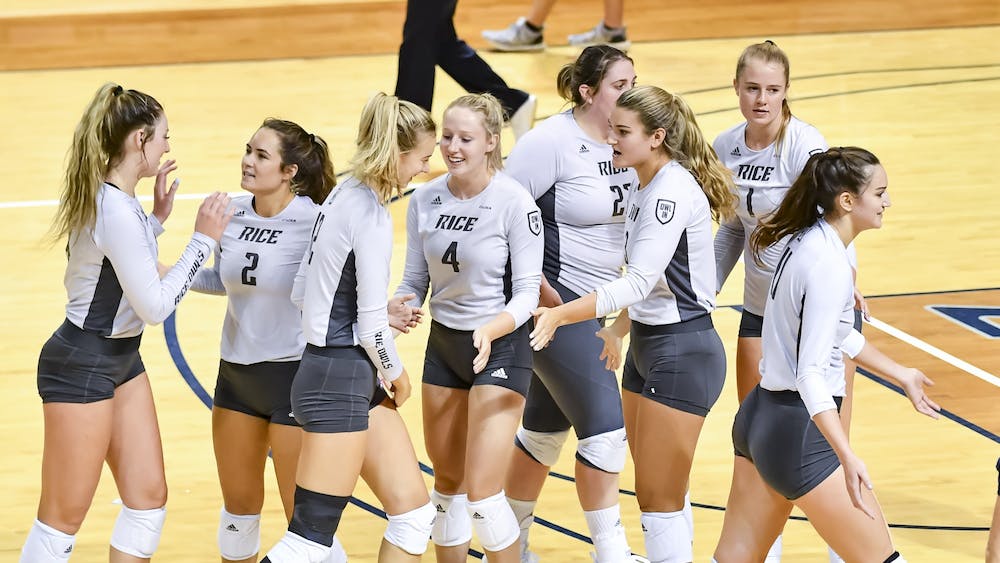 Entering the season, the Owls were ranked No. 23 in the country according to the AVCA, which was the first time they have entered a season ranked in program history. Junior setter Carly Graham, who was selected to the Conference USA Preseason Team, said she believed the team was focused only on improving from last season.

“While it is an awesome thing to come into the season ranked, we didn’t talk about it much,” Graham said. “We are more focused on being the best team that we can be.”

The Owls’ match against the No. 9 Panthers was a back and forth affair, containing 21 ties and nine lead changes. After splitting the first four sets,the Owls jumped out to a 14-13 lead in the fifth set, but the Panthers managed to secure the final three points to win the match. Despite the loss, head coach Genny Volpe said she was impressed with how the team battled back into the game to reach the match point.

“Something that really stood out was our fight and our grit when our backs were up against the wall,” Volpe said. “We could have folded in those situations but we did not. We continued to battle and make really strong adjustments.”

The Owls were led by junior middle blocker Anota Adekunle who recorded 11 kills and five blocks, and senior outside hitter Nicole Lennon who had 19 kills and two blocks. Despite the loss, Volpe emphasized how crucial the team’s defense was in keeping them in the game.

“Pitt is such a strong team, both on the offensive and defensive side,” Volpe said. “We held a really strong offensive team to a much lower hitting efficiency than they normally attack. They return all of their offense from last year’s Elite 8 squad, so we knew our block and defense were going to be key, and they were. We can truly see the depth of our potential when we were literally one point away from a quality Top-10 win.”

According to Graham, the losses were more about the quality of competition, than about any rust from the Owls offseason.

“I think we were battle tested,” Graham said. “We lost to some quality teams that are going to make noise this season. I don’t think there was necessarily rust but just some plays that didn’t go our way. I believe we will bounce back strong and learn from this weekend.”

Overall, despite the results, the Owls had lots of positive takeaways from the weekend tournament. Adekunle felt strongly about how the Owls’ opened the season after the long off-seasonn

“Going into this weekend, we really wanted to carry over all the time and dedication we put into work during the off-season and our ability to compete and play together as a team,” Adekunle said. “We finished last season with some unfinished business, so we definitely wanted to come out strong and play at our highest level.”

The Owls will look to improve their non-conference record in their home opener at the Rice Adidas Invitational later this week. They face the No. 13 University of Oregon on Thursday at 6 p.m. and Southern Methodist University on Saturday at 1 p.m.