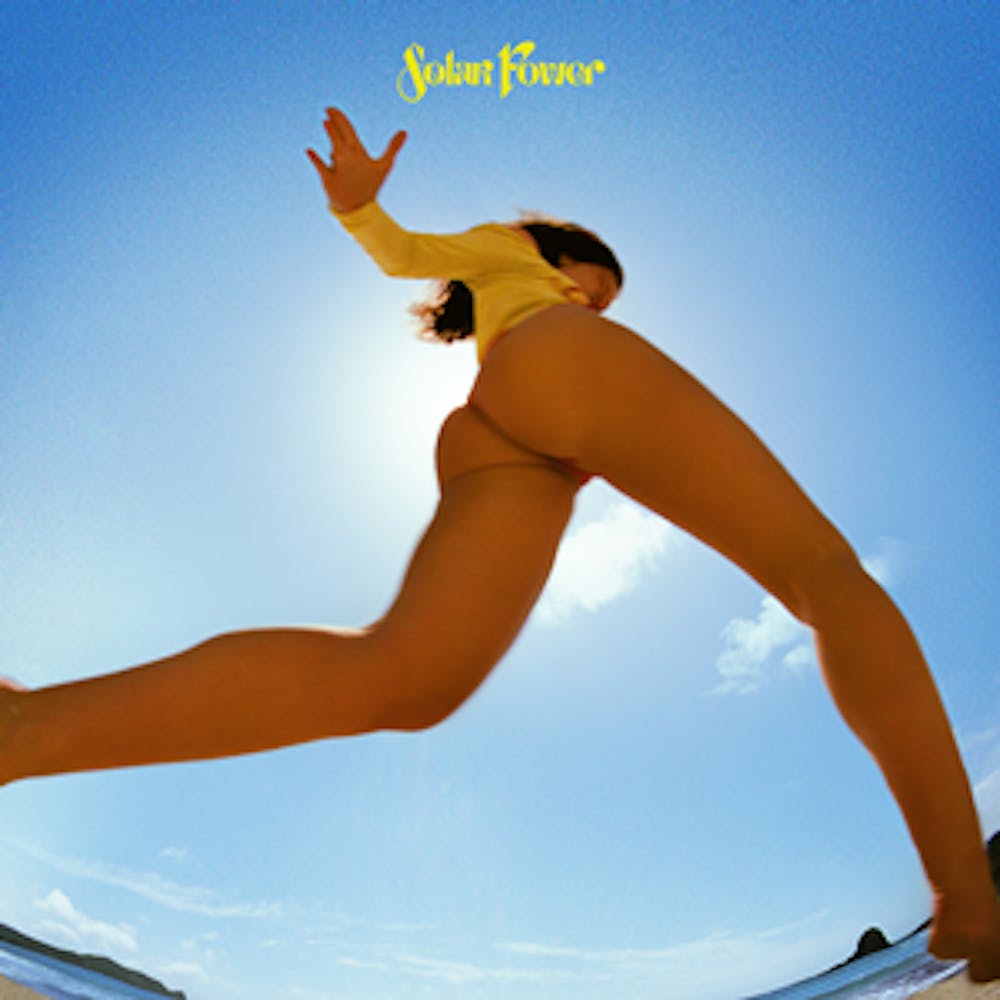 The Lorde has returned, but is it with full force? The cultural phenom, otherwise known as Ella Yelich-O’Connor, surprised fans earlier this summer with her first song in four years, a timeline that has become somewhat of a regular album cycle schedule. The titular track and lead single, “Solar Power,” was released without any promotion or announcement on Lorde’s part — instead the singer decided to stay off of social media and send fans exclusive emails throughout the album release — and was received with somewhat mixed reviews that ranged from slight disappointment to adoration. This isn’t too surprising. Lorde’s singles are usually pretty divisive. “Green Light” was criticized for its different sound and bold rejection of rhyme scheme. However, the rest of the album usually makes up for that initial judgement and earns her universal acclaim. That might not exactly be the case this time.

Now, I must issue a disclaimer before I begin this review: I am a Lorde superfan. It’s hard not to give her five stars, and I am going to be searching for every reason to give her the benefit of the doubt. When people were belittling “Green Light,” I was oh-so happy to shoot them an “I told you so” once the rest of Melodrama came out and it became one of 2017’s highest-rated albums. Will “Solar Power” give me that same comeback? Honestly … probably not. The album, though it could never be labeled “bad,” just isn’t great in the way that we are used to seeing albums from Lorde. But is that because the 24-year-old New Zealand native made mediocre work? Or is it because we just don’t know how to handle music from her that isn’t brooding and tragic? As I have heard it been put, it isn’t Lorde’s fault that she’s happy and you aren’t.

“Solar Power” is so different from Lorde’s previous work. The sound, the variation, the production is all so vastly changed from “Pure Heroine” and “Melodrama” that it’s kind of hard to believe the three bodies of work were made by the same person. Though not entirely upbeat and cheery (see “Stoned at the Nail Salon” and “Dominoes”), this latest entry is a far cry from the depressive, dramatic beats we are used to hearing on her records. Gone are the days of contemplating lost nights in the drunken chaos of a party. Now we are frolicing through nature and sun-bathing on quiet beaches. There are no swelling strings or sweeping landscapes of complicated production here. Oftentimes, there is just Lorde’s voice and an acoustic guitar, shocking when you consider how the Grammy-winner used to say that she hated the guitar. But other times, there are hints and whispers of the life Lorde has been leading in isolation these past four years: the cicada chirps of a New Zealand summer, the layered laughter of her friends and the wind and waves she speaks so highly of. Put together, we get to see a slice of what she has been up to while out of the public eye, something she says she needs to do in order to find inspiration for her writing.

While one of the biggest complaints that people have had about “Solar Power” is that the songs are so cohesive that they seem to blur together into one song, there are certainly stand outs, especially once you’ve given the album a few full listens. Some of my favorites include “Fallen Fruit,” the greatest outlier on the album in terms of sound, “Secrets from a Girl (Who’s Seen it All)”, which features a cameo from popstar Robyn at the end and “Big Star,” a ballad dedicated to Yelich-O’Connor’s late dog, Pearl, who passed suddenly from a heart attack early on in the album-writing process. Here she laments times she used to stay inside and thanks him for showing her the beauty of the outside world, singing, “Everyone knows that you’re too good for me, don’t they?” and “Now I watch you run through the amber light.”

Of course, there are the more scandalizing tracks as well, such as “The Path” and “California,” which reflect on the ridiculousness and superficiality of Hollywood and fame, even making references to the Met Gala and Carole King awarding her the Grammy for song of the year for her breakout hit, “Royals”. Then there’s “The Man with the Axe,” a love song that seems to be about her label executive and long-rumored boyfriend, Justin Warren and “Mood Ring,” a satirical piece that makes light of wellness culture and its appropriation and exploitation by white women. If you thought that just because this album is largely joyful that it would be free of controversy and gossip, you would be quite wrong.

Finally, with the last song on the album, we hit the crown jewel: “Oceanic Feeling.” A near-seven-minute product, “Oceanic Feeling” is a narration of Lorde’s thoughts in chronological order as she contemplates the past, present and future. She sings about jumping off Bulli, a famous cliff overlooking the ocean in New Zealand, the way her father did. She reflects on her love and hope for her little brother, who is around the age she was when she rose to fame. And she speculates on what her future daughter will be like: “Will she have my waist or my widow’s peak? My dreamer’s disposition or my wicked streak?” She then brings the album to a close by putting away the “cherry-black lipstick” that defined her early era and telling the listener that the way to peace and power is through breathing and tuning into the universe. But not before switching up the sound one last time in a final thought featuring famous collaborator, Jack Antonoff, that answers the question we all want to know: when will Lorde be done? Can she continue to narrate the phases of our life for all eternity? The answer, it seems, is no. According to Lorde, there will come a day, though it is unknown when, that she will “know when it’s time to take off [her] robes and step into the choir.”

So overall, is “Solar Power” what I wanted? No. But that doesn’t matter so much anymore. Unlike her past albums, this is not our album created by Lorde. It is Lorde’s album for herself. It belongs to her and I, for one, may not be happy like she is, but I am happy for her.