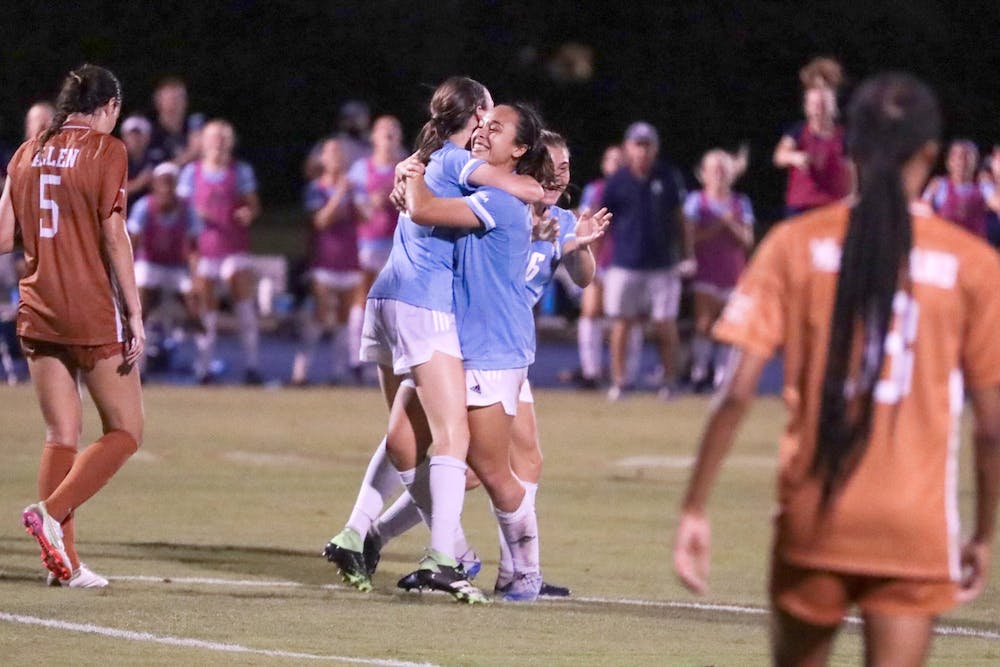 Two overtime periods proved not enough to decide a winner between the Rice soccer team and the University of Texas, Austin on Sunday night at Holloway Field. The game went the full 110 minutes, but after the teams traded goals early in the second half, neither team was able to break the 1-1 tie. After the game, head coach Brian Lee said that he was happy with his team’s ability to go toe-to-toe with a strong Texas team.

“It was a really fun college soccer game,” Lee said. “I think Texas is a very good team with some elite players. We created chances, they created chances, we defended really well and overall [I’m] very pleased.”

The game opened up slowly for both teams. Texas controlled possession for most of the first half, while Rice threatened on the counter-attack, but neither team was able to consistently create quality chances, as the teams combined for only six shots on goal in a scoreless first half.

The action picked up in the second half, when just minutes in, the Owls managed two shots from well inside the Longhorn’s penalty box, but both were denied. Then, in the 63rd minute, Texas scored off of a corner kick to take a 1-0 lead. The Owls responded quickly, when freshman midfielder Mariana Elizondo tucked a 25-yard strike into the bottom right corner of the net for her first collegiate goal. According to Elizondo, scoring her first goal for the Owls at such a crucial moment made it that much more meaningful.

The Longhorns had a chance to take the game in the 71st minute when a strong shot from distance hit the right post. However, the best chance to put the game away belonged to the Owls. In the 85th minute, freshman forward Vyviene Spaulding connected with a corner at the back post to head the ball past the goalkeeper, but a Texas defender stepped in the way of the ball as it was hanging over the goal line to keep the game even.

The Owls got off the first two shots of the first overtime, but were unable to manage another shot for the rest of the period, while Texas was unable to find the net on five attempts. In the second overtime, Texas took control, outshooting the Owls 5-0, but none of their attempts amounted to anything and the game ended in a tie.

According to Lee, the Owls spent most of the game letting Texas control possession, while they sat back, played defense and looked to threaten on the counter attack. At the end of the second overtime period, the Longhorns had taken 35 shots compared to just 10 from the Owls. However, the teams were much more even when it came to shots on goal, with the Owls managing eight and the Longhorns managing 12. According to Lee, this was equal parts a result of the Owls game plan and the Longhorns’ talent.

“We were trying to do certain things to force them to shoot from long range and push the ball wide [to] keep it away from their key players,” Lee said. “We’re a good transition team, so we’re comfortable playing that way. But [it also] had a lot to do with Texas. They’re just good, so they had us on our heels.”

The Owls will now turn their attention towards the undefeated University of Houston on Thursday, before taking on Southern Methodist University on Sunday. According to Lee, these games will provide the Owls a chance to test themselves against strong competition before beginning their conference schedule the following Thursday.

“We’ve lost one time in our last [18] games, to Virginia in the sweet sixteen last year,” Lee said. “But [19] games ago we lost to Houston, so we’ll have our hands full. SMU is a traditional power and one of the best teams in the AAC as well. So it’s a good step up but it’s what we need right now.”