Review: MONTERO checks the boxes but fails to live up to the lofty expectations set by its singles 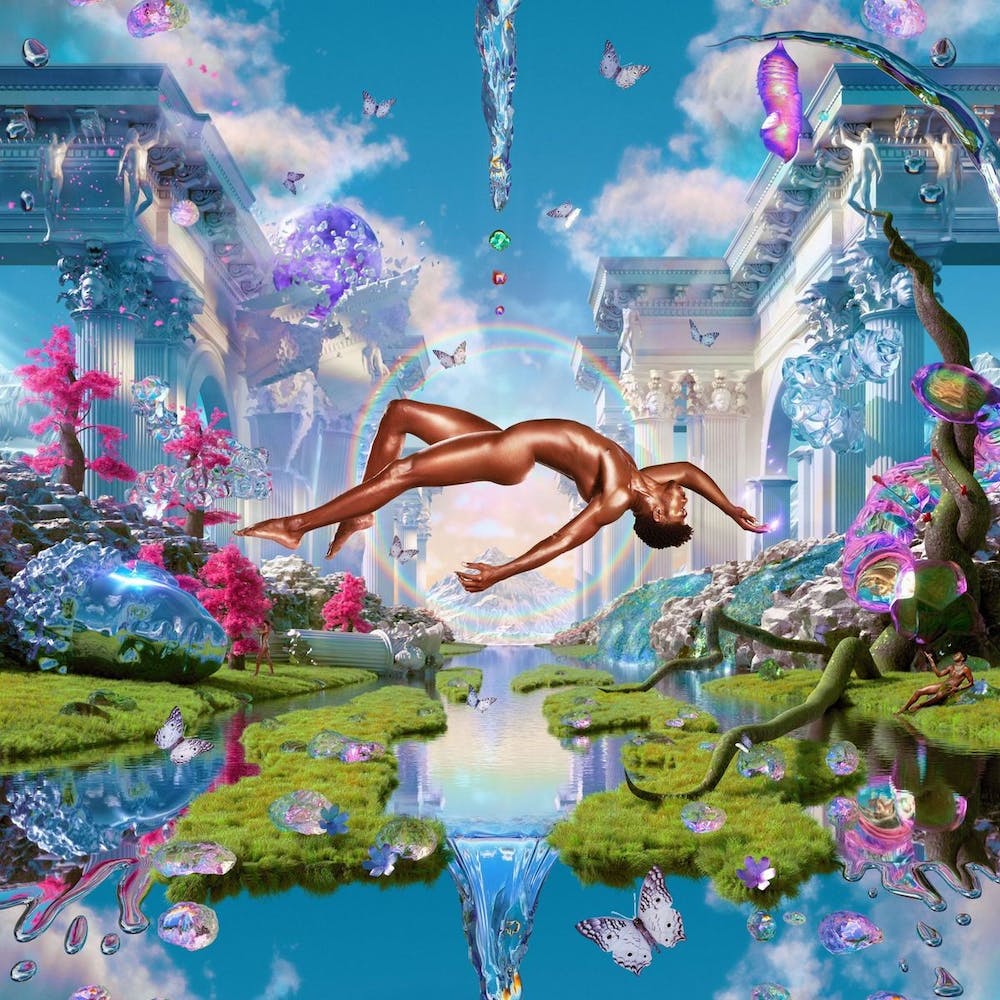 Top Track: “MONTERO (Call Me By Your Name)”

There’s usually so much to say about Lil Nas X. There’s not a lot to say about “MONTERO”, at least not in the way that I expected going into the album. Lil Nas X has always been the moment since his country-trap fusion went on a run of historic pop dominance. Despite a relatively quiet two years after the success of “Old Town Road,” the former barb manages to stay on our Twitter feeds due to an ability to manufacture outrage and press to an extent that we haven’t seen since 2013 Miley Cyrus. To this point, Lil Nas X justified his omnipresence with music just as dominant as his personality— tracks like ”MONTERO” and “INDUSTRY BABY” still have a headlock on every Rice party’s Spotify queue. However, Nas X’s debut album, “MONTERO”, proves that capturing the zeitgeist over the course of an album is much harder.

“MONTERO” superficially wants to be a generational album, a technicolour combination of Katy Perry’s “Teenage Dream” and Post Malone’s “Beerbongs & Bentleys,” as evidenced by the gaudy visuals and continuous hype. Unfortunately, by the second track “DEAD RIGHT NOW,” we’re introduced to the commitment to “good-not-great” that plagues this album. Dragging for a painstaking 3:41, “DEAD RIGHT NOW,” meanders through boring trap hats and low-passed horns. While the downcast lyrics are interesting, the production doesn’t rise to the occasion (save for a gospel choir pre-chorus). Unlike iconic pop albums, “MONTERO” doesn’t give the impression that it’s firing on all cylinders. Instead, strong singles incentivize you to push through album filler.

To some extent, “MONTERO” reminds me of Olivia Rodrigo’s “sour.” Both were highly anticipated releases with singles that created enormous hype for the albums that they ended up carrying. Just like “sour,” Lil Nas X’s pre-album singles promised a range of emotions, but the album itself remains much more single note. Despite the happy-go-lucky approach of his singles, Lil Nas X fills much of “MONTERO” with reflective, melancholic tracks. A few notable cuts — “LOST IN THE CITADEL” and “ONE OF ME” — work out the balance between lyrics, vocal variation and production, but most of the back half of the album meanders. Even these two solid instances of rumination are bookended by the two most vapid tracks on the album, giving a sense of emotional whiplash and diluting their emotive potential.

The silver lining of the moodiness is that it makes the moments of joy stand out even more. The titular “MONTERO” is one of the best pop songs of the last decade, dancing over an uncommon and tense V-VI deceptive chord progression into queer euphoria. “INDUSTRY BABY” explodes into a raucous celebration. From the new tracks, Megan Thee Stallion completely bodies “DOLLAR SIGN SLIME” with a pinpoint burst of energy breaking down the beat with quotable after quotable. “THATS WHAT I WANT,” an early contender for the next single, bounces a tale of desire over pop punk acoustic guitar and hand claps. By the time it explodes into the chorus, it treats us to a wonderful harmony culminating in a yelled “that’s what I fucking want!” that feels like the most genuine point of the album.

I must confess that “MONTERO” feels like a grower, but for the time being, it falls short of the lofty expectations its world-shattering singles set. Some of the most lyrically interesting songs fall flat on production. At the same time, some of the most musically interesting songs fall flat on Lil Nas X’s vocal performance. The high points of “MONTERO” prove that Lil Nas X has a classic in him but simultaneously prove that this isn’t that classic.