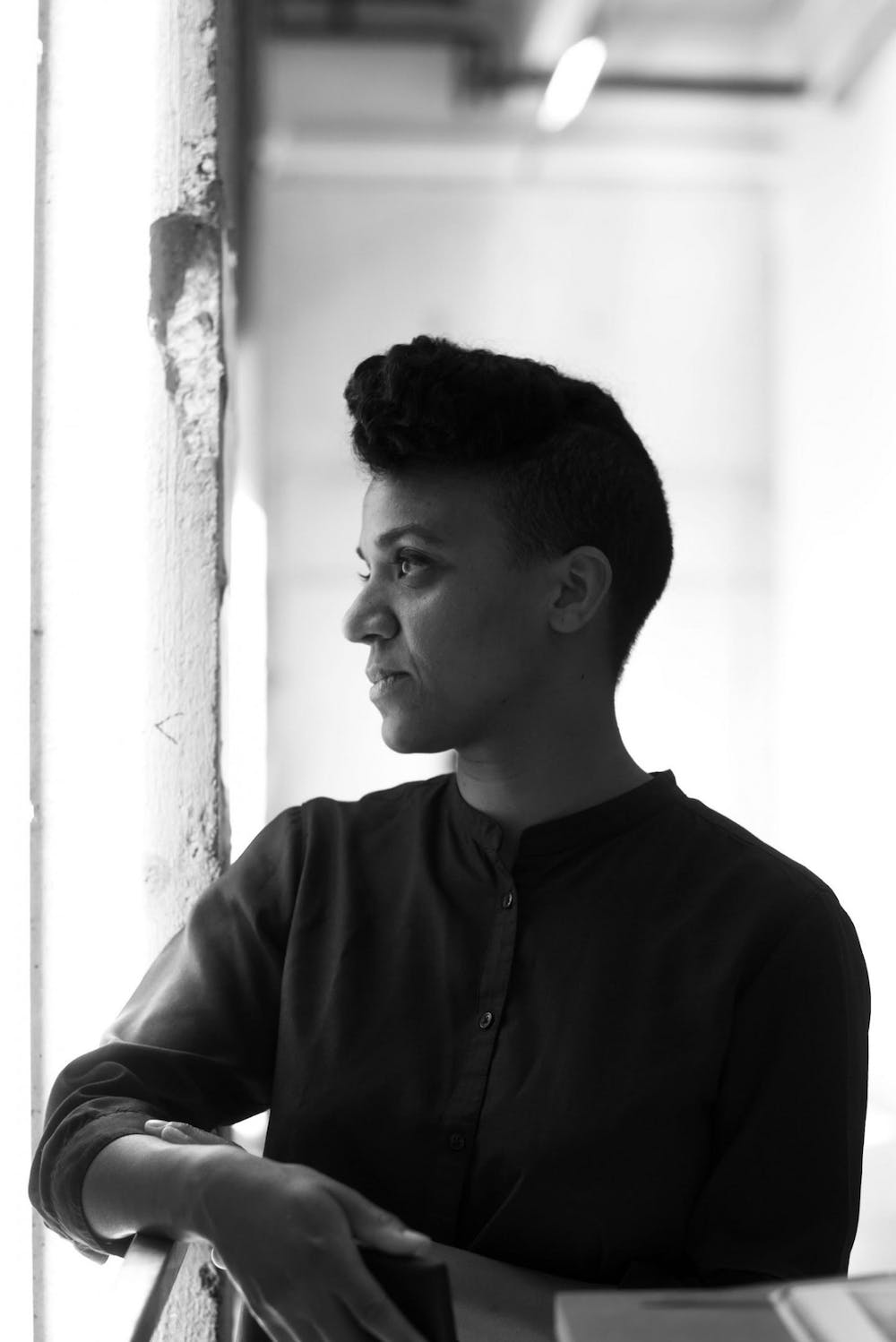 In late September, the Moody Center for the Arts will be showcasing Paris-based artist Kapwani Kiwanga’s first exhibition in Houston, “The Sand Recalls the Moon’s Shadow.” Due to challenges resulting from COVID-19 travel restrictions, Associate Curator Ylinka Barotto said she worked collaboratively with her colleagues to organize the exhibition entirely over Zoom and WhatsApp.

“Kiwanga uses materials as a starting point to generate new perspectives, and I was intrigued by what topics she would decide to explore in regards to Texas,” Barotto said. “She sees geology as an ‘archive of a place’ and a study of the Texas landscape prompted her to further her research into extraction methods. In addition to being interdisciplinary, her practice explores urgent themes that relate to the current global sociopolitical situation.”

The exhibition features two immersive installations and investigates linkages on a local, national and global scale between trade and labor as well as society and the environment. The first installation, “Maya-Bantu,” explores sisal, a historically significant crop for Tanzania, as a medium. The flowering plant yields a stiff fiber that’s often used in fabricating ropes. Despite its unassuming appearance, the crop served a crucial role in helping the nation’s agricultural economy to expand after Tanzania’s liberation from Britain. Kapwani refashions sisal to create a minimalist, pearly-white sculpture to demonstrate the self-sufficiency and resilience of the nation’s desire to thrive.

The second installation, “Dune,” highlights the issue of fracking in Texas by utilizing sand from southern Texas. Fracking has been a key component in the recent growth of Texas’s economy. Although the process has been praised for its ability to withdraw natural gas and oil from rocks, it has also been criticized for the harmful toxins and pollutants it releases into the environment. Dune tackles the controversial topic of fracking and its effects on the Texan economy, landscape and population.

“I have been following Kiwanga’s practice for years; her research-based approach, informed by her studies in anthropology, has always fascinated and inspired me,” Barotto said. “Kapwani and I had a studio visit as soon as I started working at the Moody [Center] two years ago, and, soon after, we invited her for this fall exhibition.”

The showcase will also feature a 2012 video titled “Vumbi” or “dust” in the East African language of Kiswahili. Vumbi is a red powder found on the Tanzanian landscape during the dry season. The video focuses on the separation of vumbi from the green foliage, drawing attention to nature’s force.

“Rice students have a great opportunity to see the work of an internationally recognized artist who speaks to the ecological and social history their generation is inheriting,” Barotto said. “This is a special opportunity to meditate on what their role may be at the intersection of economy and environment in Texas while seeing incredible art without having to leave campus.”

This exhibit will be available to view at the Moody Center on Sept. 17 with a student opening reception on Sept. 18 from 6-8 p.m.