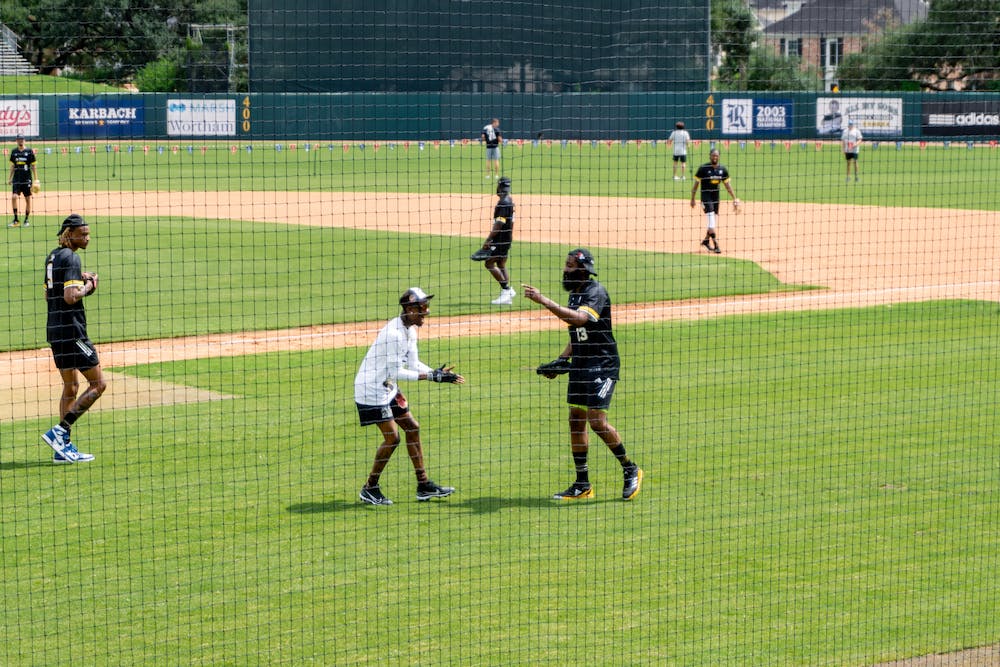 Former Houston Rockets star James Harden, currently of the Brooklyn Nets, celebrated his birthday this past weekend in Houston with a softball game at Rice’s Reckling Park. The game featured a number of celebrities, many with connections to Harden or Houston, and proceeds went towards Harden’s charitable organization, 3 The Harden Way.

The game featured Team Cactus Jack, whose star-studded lineup was highlighted by world-famous rapper Travis Scott, and Team Harden, which was led by Harden.

In addition to celebrities taking part in the game, there were many others in attendance supporting their friends. Those in the crowd included rappers Lil Baby and Gunna along with NBA stars Kevin Porter Jr, of the Rockets, and Victor Oladipo, of the Miami Heat.

The game itself was won handily by Team Cactus Jack as they jumped out to an early 7-0 lead in the first inning with the offensive attack highlighted by an inside-the-park home run by Rajon Rondo. Scott and company did not look back from that point, winning the game 17-2.

The game brought out a huge crowd with stands of Reckling Park filled with not only Rice students but also plenty of Travis Scott and James Harden fans from all around the Houston area. In addition to the celebrity game, there were food trucks and music, entertaining fans while they were at the game.

John Fu, a senior at Duncan College, said the game was a good way to spend a Sunday afternoon, especially knowing that the event was for a good cause.

“It was nice because the money was going to charity,” Fu said. “There were a lot of cool celebrities there. [I especially enjoyed] seeing Travis Scott try to hit a softball.”

Steven Cloud, a Lovett College sophomore, said that he enjoyed seeing his favorite artists play at the game, and was even surprised by their athletic abilities.

“Being the huge Huncho Jack fan that I am, it was great seeing both Quavo and Travis Scott there. Even though they didn’t perform, I was pleasantly surprised by their ability to play softball,” Cloud said. “Being able to hang out with my friends and just enjoy the overall experience was very exciting and memorable.”