Big Red Machine’s How Long Do You Think It’s Gonna Last?’s promises meander into less than the sum of their parts 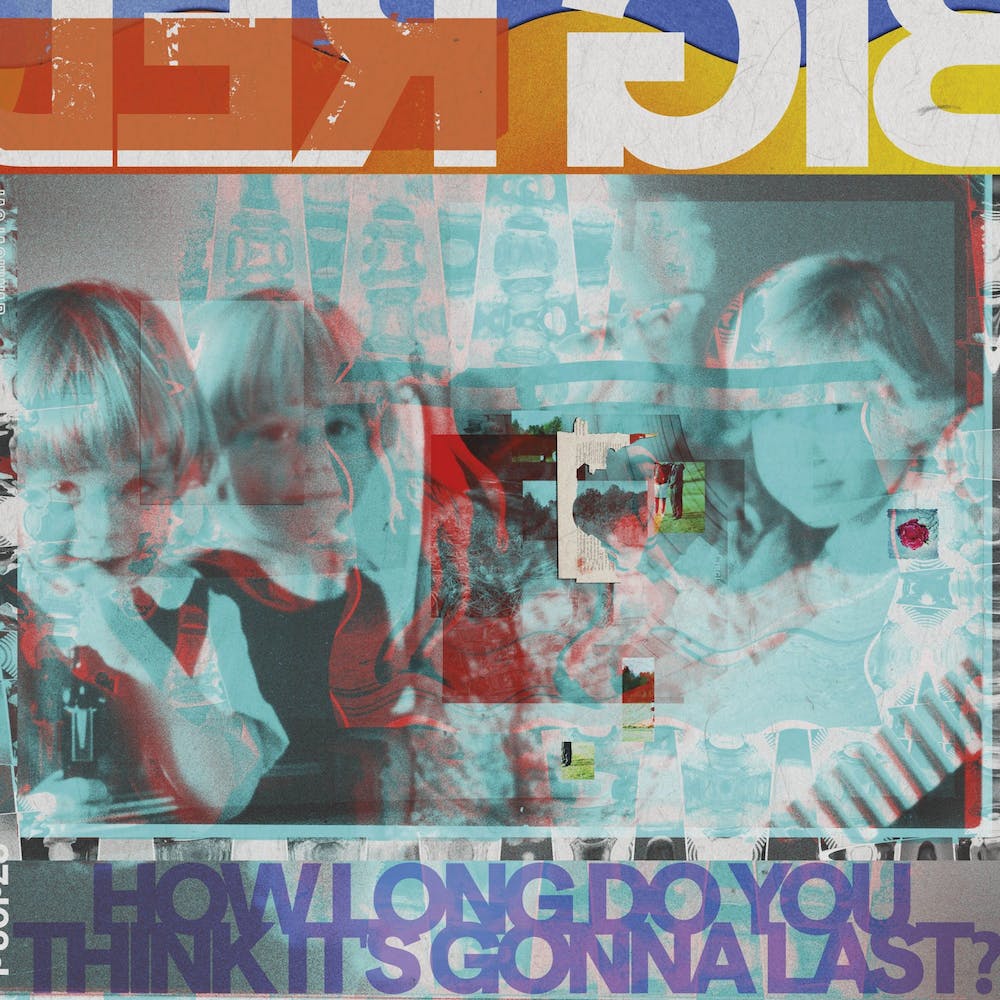 Top Track: The Ghost of Cincinnati

The last two times we heard the critical darling duo that is Aaron Dessner and Justin Vernon, they helped Taylor Swift meditate on throbbing emotional pain over a simple piano instrumental. Reuniting again under their Big Red Machine moniker, Dessner and Vernon pursue a more sprawling, maximalist approach in their latest album “How Long Do You Think It’s Gonna Last?” The sheer talent represented means the album can strike gold, but the overall project drags out, cuts its euphoric moments short and makes the listener wait for the duo to return to the bread and butter compositions that just work.

Vernon and Dessner boast the accolades most white guys with guitars can only dream of. With Bon Iver and The National respectively, they’ve earned continuous goodwill within the indienet through clever production, turns of phrase and a general fascination with depressive malaise. The collaboration, to some extent, makes perfect sense. Vernon has continued to experiment with new sonic backgrounds over which to cryptically remark and recount. Dessner has experience providing the space for iconic vocalists to do their thing.

Disappointingly, they pull each other in different directions. Dessner’s production on this project pushes towards indie acoustic maximalism, throwing lots of instruments and tones in songs and leaving Vernon’s voice to fight for frequency space. Meanwhile, Vernon, accustomed to glitchy minimalism, doesn’t tone down his vocal power into a more production-appropriate direct narrative. The addition of guest vocalists, as talented as many of them are, only makes this divide worse. They either add another voice to an already crowded mix or highlight how much better this album could be with a different primary vocalist.

For example, the third track “Phoenix” sees overpowering Bon Iver vocals clashing with Anais Mitchell and Fleet Foxes over maximalist production. There’s just too much at play in these songs, and all parties involved are too talented to give any. Meanwhile, lead single “Renegade” features a calmly brilliant Taylor Swift demonstrating what to do with layered, complex production: keep it simple. A stoic main vocal line throws out brutal lyrics like “let your damage damage me” while Bon Iver harmonizes in the background.

Perhaps we should cut the duo some slack — this is a fun passion project, after all. But, it does mean that the album comes with all the pros and cons of a jam session. Long songs create gorgeous soundscapes that you can drown in, but the length becomes exhausting and frustrating over the course of the album. Experimentation delivers brief moments of brilliance like the bridge in “Easy to Sabotage” and the layered arrangement on “Hoping Then.” At the same time, the brilliance lasts less than half a minute and the rest of those two songs sound unfocused and loose.

Unfortunately, the star songs of the album remind us what is lost in the experimental, jam band format. “The Ghost of Cincinnati” and “Magnolia” are simple, clean and evocative tracks that outpace just about any other song on the album. Poignant lyrics and understated production show how beautiful the album could’ve been if it had simply combined the minimalist qualities of Dessner and Vernon. I expect these two songs to become mainstays in my fall rotation, but I doubt I will suffer through the album for them again. Honestly, “The Ghost of Cincinnati” sounds better when divorced from the cacophonies on the album. We’re given little time to enjoy this bliss, as we move into the compositional clashes of “Hoping Then” and “Mimi.”

It feels brutal to say that I’d rather hear each artist on this album on their own projects, but it’s true. Almost every track feels like a cut below what it could be if made solely by one of the artists on it. Maximalism, both in production and in length, doesn’t suit the incredibly talented team of artists assembled for “How Long Do You Think It’s Gonna Last?” It hurts to come out of an ostensibly good album frustrated, but I’m left with no other word to describe my mix of emotions throughout. Big Red Machine’s latest album is good but woefully inessential.