No. 23 soccer looks to build off of record setting season 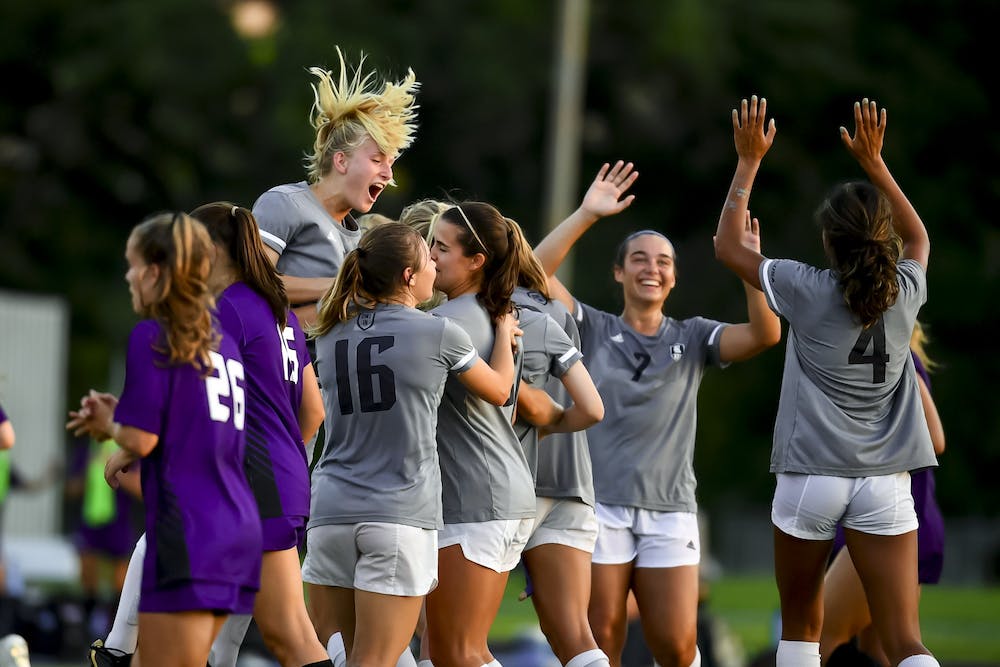 The Rice soccer team kicked off their season on Thursday, less than four months removed from their run to the Sweet Sixteen of the NCAA tournament last season. After a season where they won the third Conference USA title in program history, the Owls entered this year ranked No. 22 in the country according to the United Soccer Coaches poll. However, according to junior goalkeeper Bella Killgore, the squad sees this upcoming season as a fresh start, and isn’t dwelling on last season.

“I think we are trying to not think about last season and just start fresh and work hard everyday,” Kilgore said.

Head coach Brian Lee expressed similar sentiments, as he highlighted the importance of player growth and did not want last season’s achievements to set an expectation for this season.

Instead, Lee said that he was looking forward to seeing the team grow and progress this season.

“I am just looking forward to the opportunity to grow as a team and continue making progress on the field and in our team culture,” Lee said.

The team was faced with the challenge of improving despite a shortened offseason caused by both the coronavirus pandemic, which postponed their most recent season soccer team to play in until the spring last season, and their tournament run. While shorter than a normal offseason, the past few months have offered players the opportunity to grow as they also look to acquire new roles on the team.

Second-year freshman midfielder Catarina Albuquerque said that she used the offseason to improve her skills as a player and also wants to apply her past experiences to continue her growth this upcoming season.

“Throughout the offseason, I just worked on fitness and going over my technical ability on the ball,” Albuquerque said. “I also want to apply the experience that I gained and the advice I received from the older players to this upcoming season.”

Kilgore, who was named first-team all C-USA last season, hopes to utilize her experiences as a fourth year player (although technically still a junior due to pandemic-related eligibility rules) to be a better leader on the team and help the younger players.

“[As a fourth-year player], I want to show up everyday, work hard, and communicate on the field,” Kilgore said. “I hope to set a good example [for the younger players].

The team will have to replace five seniors from last year's team who left the program. However, the Owls do return 23 players, including fifth-year senior defender Mijke Roelfsema, who was one of 15 semifinalists for last year’s Hermann Trophy, given to the top player in women’s college soccer. Junior midfielder Delaney Schultz, who was named to the Hermann Trophy watch list for this season, also returns.

Another difference from last season is the return of fans to Holloway Field, and a season that is nearing normalcy. Both Lee and the players said they are being cautiously optimistic about the effect the pandemic will have on their season.

“Hopefully, at home, the return of students is a big deal,” Lee said. “Student turnout is a massive part of home field advantage in college sports and it makes the game more fun for all the college athletes involved. It is always a boost when you add the student body bonding with the student athletes.”

Lee, however, emphasized the importance of being prepared for all situations during the pandemic, and the need for all players to be gameday prepared in any scenario.

“It brings the reality that we all have got to prepare a plan,” Lee said. “Tomorrow is not promised, we want to make sure that we put in our full effort in training or games so that we don’t have any regrets. If anything were to happen, our full roster must be prepared to play.”

The Owls will continue their season away against Houston Baptist University on Friday, August 27th.