After an abrupt tournament exit, No. 23 volleyball looks to bounce back 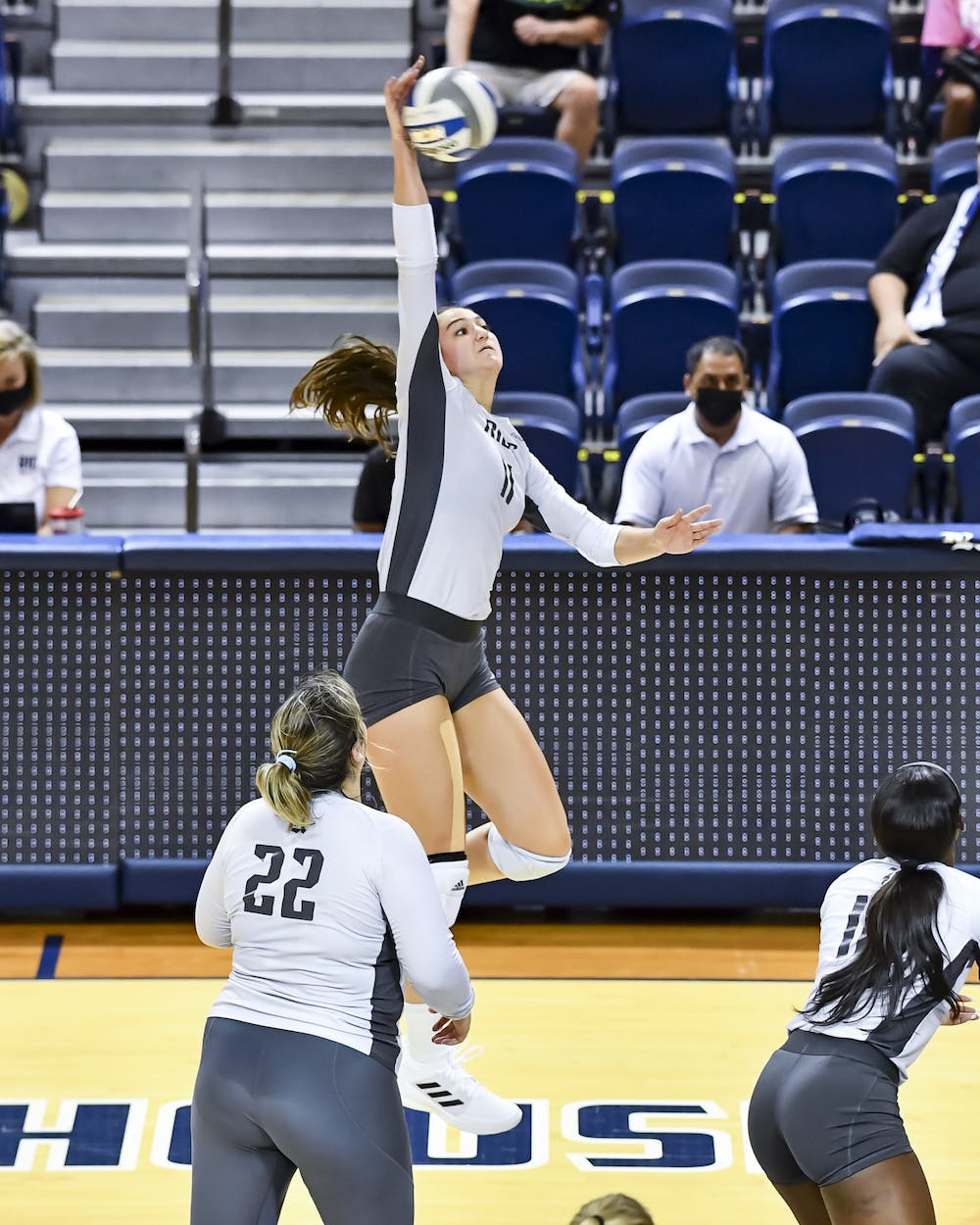 The Rice volleyball team entered last season’s NCAA tournament on a tear. They were coming off of an undefeated conference regular season, ranked No. 24 in the country and just a few weeks removed from a win over No. 2 University of Texas, Austin. But just as they were set to take on the North Carolina A&T in the first round, they were met with some heartbreaking news. Due to a positive COVID-19 test within the team, they would be forced to drop out of the tournament. According to junior setter Carly Graham, the sudden end to their season was devastating for a team looking to prove itself among college volleyball’s best.

“To put it simply, it sucked,” Graham said. “We all knew the potential we had and how much we all wanted to compete in the NCAA tournament last year. We all really felt we were going to do something truly special.”

Now, the Owls are back and looking to rebound from last season’s heartbreak. They enter the season ranked No. 23 in the country, and return every member of last year’s team. As they look towards their new season, Graham said that the team is turning last year’s disappointment into motivation.

“I think it 100% [made] us stronger and [lit] a fire towards getting another chance [to do] even more,” Graham said.

If the Owls want to get back to the tournament this year, they figure to lean heavily on a trio of first team all-conference selections in Graham, junior middle blocker Anota Adekunle, and the reigning Conference USA player of the year in senior outside hitter Nicole Lennon. Together, they powered an offense that ranked no. 17 in the nation in kills and no. 19 in hitting percentage last year. But according to Lennon, the key to their success this year will be the improvement of their young core. Last year’s team had nine underclassmen, out of 14 total members, making them one of the youngest teams in the conference. With another year of experience under their belt, Lennon said that these players can elevate the team.

“Our players who were young last year now have extra confidence thanks to their experience,” Lennon said. “We have had many new leaders on our team emerge who did not necessarily hold [leadership roles] last season. I think that is the biggest improvement our team has made in our short time off.”

The team opens its season in Columbia, South Carolina, with games against No. 9 University of Pittsburgh, and the University of South Carolina on August 27 and 28, before welcoming No. 14 University of Oregon to Tudor Fieldhouse. Their slate of non conference games includes a handful of notable matchups, including one against No. 10 Baylor University, but perhaps none will be more highly anticipated than their September 22 bout against No. 1 Texas, whom Rice will look to knock off for the third straight season. According to head coach Genny Volpe, the team’s experience will be crucial during this tough stretch.

“We are starting this season with some pretty tough matches,” Volpe said. “The more experienced roster will definitely help.”

“Our goal this season mainly is to improve on a daily basis, and let the wins take care of themselves,” Volpe said. “We like to take one match at a time, and know that if we do that, and trust the process, good things will happen.”

While the team is focused on the season ahead, four months later, last year’s heartbreak still lingers. According to Lennon, they have adopted “unfinished business” as their unofficial motto for the year. After not getting a chance to prove themselves in the tournament last season, Lennon said the team is motivated, and ready to take college volleyball by storm.

“We believe that we had the potential to go far into the tournament last year,” Lennon said. “Knowing that we return all the same players plus two more [incoming freshmen], we are extra motivated to show the nation what our team can do. NCAA volleyball has no idea what’s coming for them.”