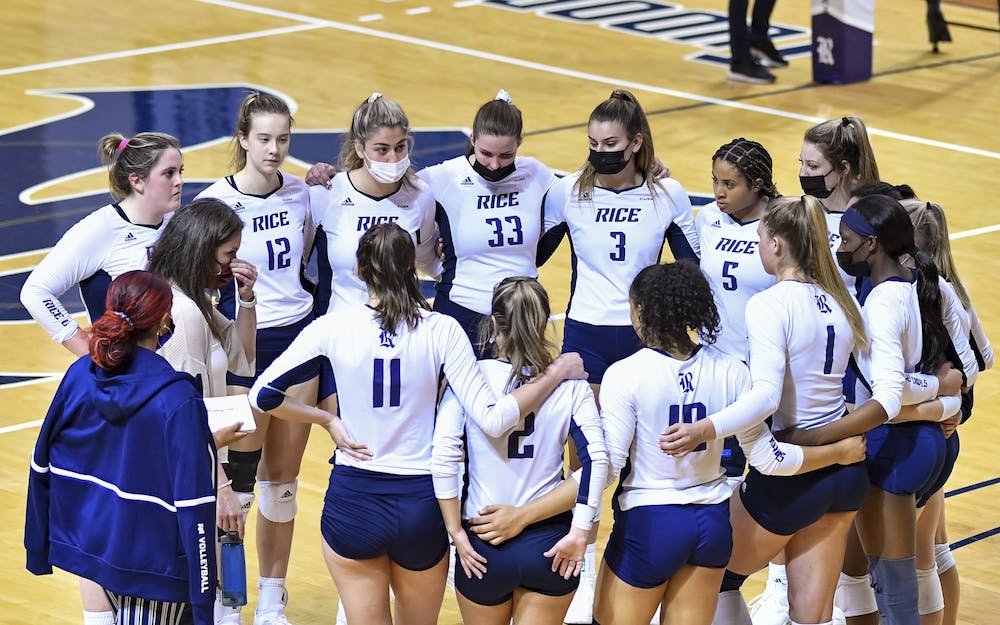 Head coach Genny Volpe said that she and her players were heartbroken to learn of the news and the NCAA’s resolution about the match.

"We are devastated that we won't be able to compete in the NCAA Tournament this year," Volpe said. "This team deserved it, earning an at-large bid in a 48-team field and has so much to be proud of. It certainly is painful to see how much the team wanted to compete and to have to break the news to them that they couldn't play. To compete in this tournament meant so much to all of us."

The Owls had high expectations entering the NCAA tournament after completing the first-ever undefeated conference regular season in program history, and knocking off then No. 2 University of Texas, Austin in their regular season finale. The Owls heard their name called on Selection Sunday as an at-large bid for the second straight season, despite losing in the conference championship game. Rice was set to face NC A&T in the first round of the NCAA tournament in Omaha, Nebraska on April 14. However, their opening round match was delayed due to COVID-19 protocols. The delayed start eventually turned into the cancellation of the match, resulting in a no contest, with the Owls getting eliminated, and NC A&T advancing.

The cancellation puts an abrupt end to the season in which the Owls finished with the No. 24 ranking in the country. The Owls went 16-5 with a lineup that boasted Conference USA Player of the Year senior outside hitter Nicole Lennon and C-USA Setter of the Year junior Carly Graham. Despite the unfortunate conclusion to their season, athletic director Joe Karlgaard wanted to remember the Owls’ volleyball season in a positive light for their numerous accomplishments.

"They've worked so hard this spring playing through difficult circumstances," Karlgaard said. "Even with this terrible news, I want them to remember they've had a really terrific season. Rice is proud of who they are and what they've accomplished this year."

The Owls will now gear up for next season as they work towards earning their fourth straight NCAA tournament invitation. The team could potentially return their whole roster, with their core of Lennon, who benefits from an extra year of eligibility, along with Graham and junior middle blocker Anota Adekunle, who will look to return to the NCAA tournament next year.