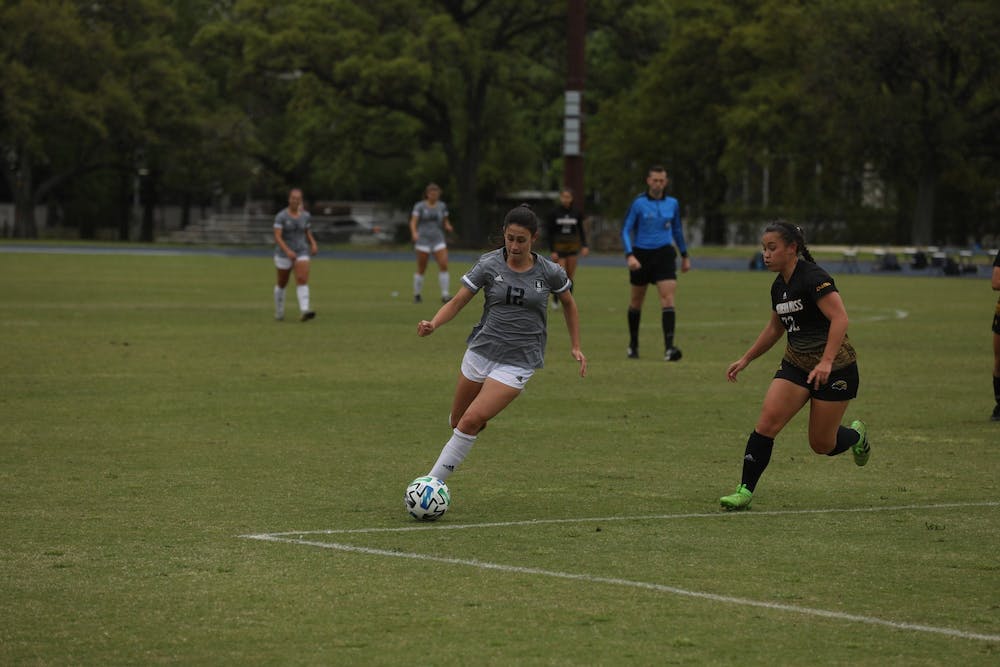 As the team enters an important part of their season, Lee said he is optimistic about his squad and their potential.

“I think we keep getting better and better as the season progresses,” Lee said. “That’s really the main goal and it was a big step forward in the season and we keep improving. If we keep on doing these things and we continue pushing in this direction, we are excited about what is to come.”

Freshman midfielder Mikala Furuto has been key to the Owls’ hot streak as she has scored a team-leading five goals this season. Furuto said she has been appreciative and excited about her opportunities to contribute, despite it being her first year on the team. She said that she attributes her freshman year success to the supportive environment created by her teammates and coaches.

“I’m excited with the opportunities I’ve had as a freshman and the past few games have been really fun to help the team win games,” Furuto said. “I have been able to finish my scoring chances with goals because of my teammates' hard work and I’ve worked hard to give my teammates the opportunity to do the same. My coaches and teammates have been very supportive of me and their encouragement has helped me excel.”

In addition to the success of the Owls’ offense, their defense hasn't allowed a single goal in four games. Futuro  praised her squad for its ability to thrive on both ends of the field..

“We have done a great job defensively, as the past few games we have had shutouts,” Furuto said. “On offense, we have increased the amount of chances we have had and are scoring goals.”

With the Owls playing strong on both offense and defense, Lee had plenty of praise for this squad overall and was proud of their effort during such a precarious season.

“Almost everyone has been playing well for Rice,” Lee said. “While playing such great competition in the C-USA, I am proud of my squad,” Lee said. “Our players are playing plenty of quality minutes and our defense is pitching plenty of shoutouts”

Lee also said he is encouraged by how the team has progressed over the course of the season.

“We have been way better with the way we start in our last couple of games aside from some of the hiccups that we had in the beginning of the season,” Lee said. “We are prepping very well for the matches and collectively, and when the game kicks off, we are pretty tuned in right now.”

However, despite the strong overall play by the Owls, Furuto still believes that there is room for improvement as the team enters the postseason as they compete for the Conference USA Championship.

“In our past few games we have delivered positive results, but there is always more we can do to improve before the end of the season,” Furuto said. “Something that we can improve on to help our team succeed, is never being satisfied or complacent. We need to make sure that we continue to play hard for the entire 90 minutes, continue to play team soccer and keep communicating on the field.

This Thursday, the Owls' regular season comes to an end in a home game against conference rivals University of Texas, El Paso.