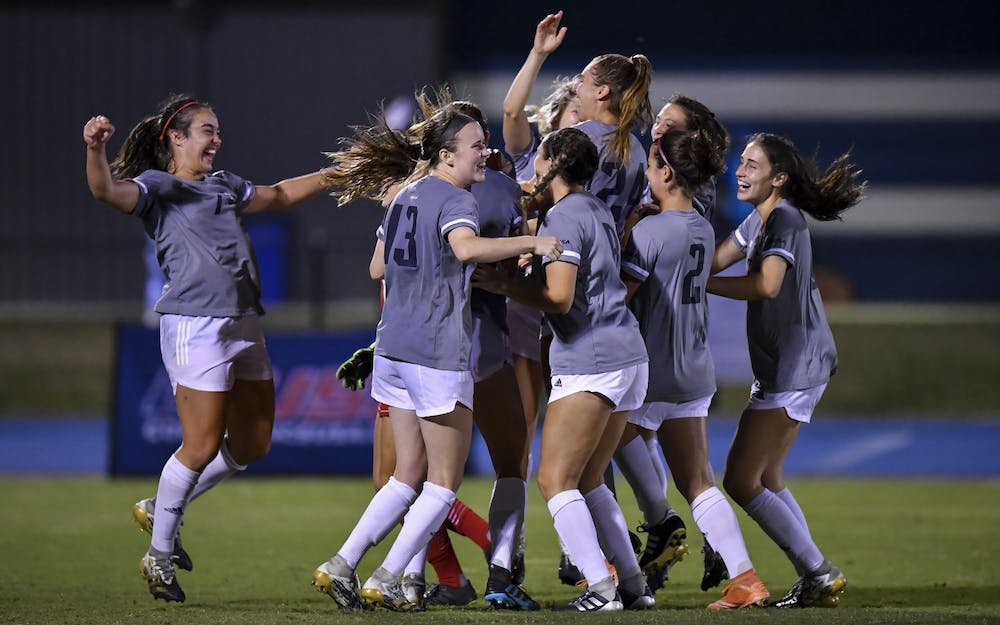 Throughout the entire 110 minutes of playing time, the match remained in complete deadlock, despite both teams having a very aggressive game plan. After the game, head coach Brian Lee said that the Golden Eagles put up a great fight and that his squad was lucky to win the game.

“I really like Southern Miss and their players. They play so hard and they are very coachable. They were fighting for the ball, winning the fifty-fifties, and were also very dangerous on the counter,” Lee said. “Full credit given to Southern Miss as their performance was outstanding, but someone had to win the game and we were lucky it was us.”

The Owls, who are ranked No. 25 in the nation and are the No. 1 seed in the C-USA West Division, were favored as they entered the matchup against the Golden Eagles, who were the No. 3 seed in the West Division. Despite the Owls easing to a 4-0 win against the Golden Eagles a little bit more than two weeks ago, Thursday night’s game was much more of a challenge. Both teams came out to aggressive starts but were unable to overcome strong play from both defenses. As the game continued, the Golden Eagles offense slowed down and the team became more defensive as they protected against the Owls’ 24 shots (with five of them on goal). Despite being scoreless after all of their aggressive shots, Lee applauded his squad for staying strong mentally as they persevered despite none of their shots going in.

“I thought our kids were excellent. They were very tough and so gritty,” Lee said. “ In tournament games, with a game every two days, sometimes you have to be able to mentally grind your way through and I am very proud of my kids.”

In what was one of the most important moments of the game and Rice’s season, with the game on the line in the 104th minute of overtime, the Golden Eagles were able to force a turnover and were on the run towards goal. However, Owls junior defender Caleigh Boeckx sprinted down the field in pursuit of the Golden Eagles forward and made a tackle, preventing the opposition from scoring and saving the Owls’ season. Lee applauded Boeckx’s effort and her impact on the game.

“Boeckx made the tackle of the year after getting isolated one versus one in half of the field. She stood her up and made a great tackle to really save the game there,” Lee said. “Although this was an individual play, she played an excellent game along with that excellent defensive backline.”

The Owls will attempt to win the C-USA Championship for the third time in program history and the first time since 2014 when they face off against the University of North Carolina at Charlotte, the No. 3 seed in the East Division, Saturday afternoon at Holloway Field.