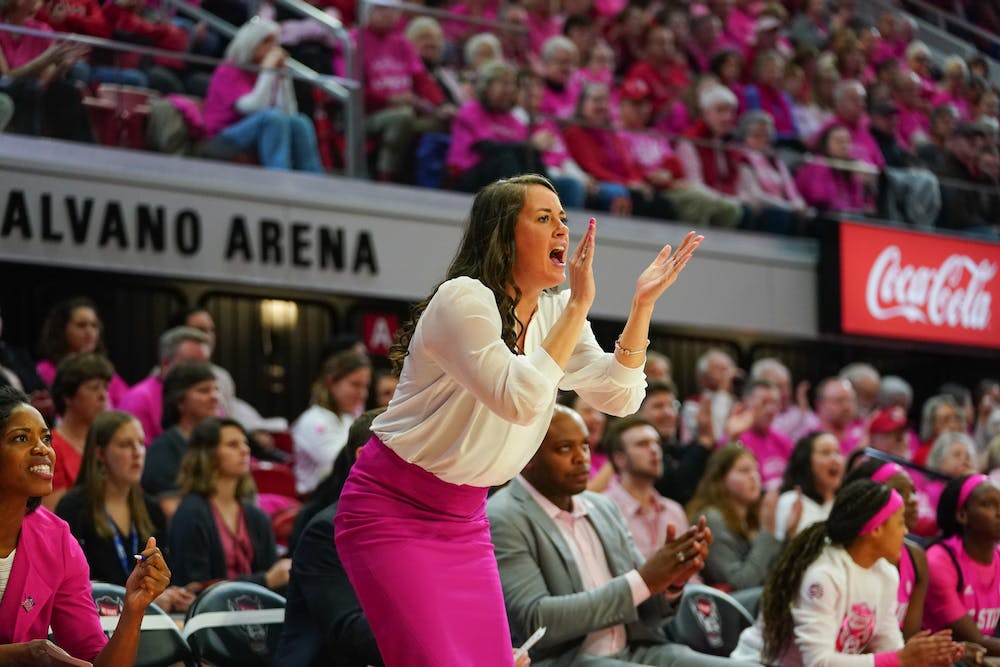 Rice has hired former North Carolina State University associate head coach Lindsay Edmonds to take over the women’s basketball program, the school announced on Friday. The hiring of Edmonds ends Rice’s search to replace former head coach Tina Langley, who left the Owls earlier this month to take the head coaching job at the University of Washington. According to Athletic Director Joe Karlgaard, Edmonds is exactly the kind of coach the program needs right now.

Edmonds joins the Owls after eight seasons at NC State. She began as an assistant coach in 2013 before adding recruiting coordinator to her title in 2018 and serving as associate head coach during the past two seasons. During her time in Raleigh, the Wolfpack have been a national power, making the Sweet 16 in each of the past three NCAA tournaments. In their most recent season, NC State won the Atlantic Coast Conference and ended the season ranked as the No. 3 team in the country. In her introductory press conference, Edmonds said that she is excited to get the opportunity to coach at RIce.

“I am very honored to be the next coach here at Rice,” Edmonds said. “When I visited campus, it became very clear pretty quickly that Rice is a special place.”

Edmonds will be tasked with taking over a program that Langley built into a perennial contender in Conference USA. The Owls are coming off of their fifth consecutive 20-win season in which they had the best regular season record in the conference, and, after narrowly missing out on the NCAA tournament, won the Women’s National Invitational Tournament. According to Edmonds, she will look to build off of the foundation that Langley has put in place.

“Coach Langley did a wonderful job getting the right type of players here, and accomplishing so much on the court in a short amount of time,” Edmonds said. “I’m looking forward to building upon that success and taking it a step further as well.”

Edmonds has spoken to the team, and laid out her vision for the program. On the court, Edmonds said that she plans on building a fast-paced, attacking team.

“I want to play fast, I want to score in transition before the defense gets set,” Edmonds said. "I want to play four [on the perimeter], one in [the post]. If they double down [in the post], we’re going to kick it out and shoot open shots. We want to be disruptive on the defensive end, and every night we have to make sure we win the rebounding battle.”

However, Edmonds said that it’s just as important to develop players off of the court as well.

“While basketball is very important, I understand that it is just a portion of what I’m called here to do,” Edmonds said. “I get the opportunity to impact these [players’] lives from the time they step onto campus until the time they walk across the stage earning their degree, and beyond. That is not something I take lightly.”

Prior to joining NC State, Edmonds was an assistant at James Madison University and Appalachian State University, where she played for four years in college. While she has never held a head coaching role, NC State head coach Wes Moore said that Edmonds has what it takes to lead her own program.

“In Lindsay Edmonds, Rice is hiring one of the brightest rising stars in women's basketball,” Moore said. “From the Xs and Os, to recruiting, to the day-to-day decisions — Lindsay is ready to be a great head coach.”

Edmonds said that becoming a head coach has always been a goal of hers, and that she can’t wait to get to work with her new players.

“[As for] my team — wow, saying that is a dream come true,” Edmonds said. “I am so excited to go on this journey with them.”