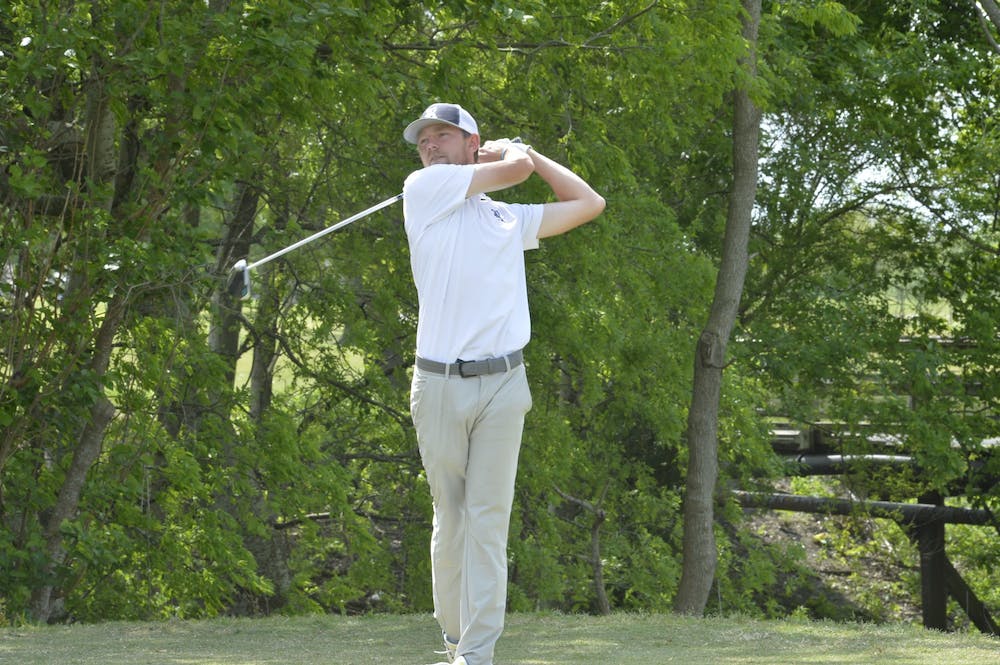 The Rice golf team spent the weekend competing at the Aggie Invitational, where they finished just No. 13 out of 17 teams in their final regular-season tournament. The Owls finished the 54-hole course with an overall score of 912 (+48). Junior Harrison Hineline was the highest-placing Owl in the tournament, tying for No. 39 place out of 96 golfers with a tournament score of 225 (+9).

Following a three-hour weather delay, the Owls teed off on Friday afternoon at Texas A&M University’s Traditions Golf Club to begin the three-day tournament. The Owls ended the first round tied for No. 10 place with the University of Texas, San Antonio, posting a score of 300 (+12). Senior Jake Benson and Hineline paced the Owls scoreline, as they tied for No. 21 place after posting a score of 74 (+2) on day one. Head coach Justin Emil was particularly pleased with Benson’s recent form and Hineline’s consistent performances.

"[Hineline] has been really consistent pretty much all spring," Emil said. "Except for that middle round he’s been pretty solid, [I’m] looking for him to have a good week. [Benson] the week before had a pretty solid tournament and has steadily been getting better [as well].”

"It was nice to see Diamond step up and play well [in] that second round," Emil said. "[Diamond] hadn’t been in the lineup that much this year, but he’s definitely been playing well and earned his spot."

The Owls tried chipping away at their deficit in the third and final round, posting a score of 302 (+14) on the day. While the Owls performed better than they had the previous day, they ultimately found themselves dropping in the leaderboards once again, rounding out the Aggie Invitational in No. 13 place with a tournament team score of 912 (+48). Hineline closed out the tournament one over par in the final round with a score of 73 (+1), leaving him in No. 39 place and nine over par on the weekend. Benson and Diamond were not too far behind their teammate, as they both tied for No. 57 place with scores of 230 (+14) apiece. No. 12 Texas A&M would reign victorious on their home course, as they beat out No. 1 Oklahoma University in the first hole of a playoff, finishing the tournament with a final score of 866 (+2). As the result was less than desirable, Emil hopes the tournament will serve as a wake-up call that the Owls can build upon heading into the conference tournament in two weeks.

"For our guys not playing that great in College Station, I think it’s sort of a wake-up call that ‘hey we have a lot of work to do’ in these two weeks to prepare for conference," Emil said. "Definitely not happy with our performance there, but the golf course and how difficult it was can definitely prepare us for Texarkana Country Club in a few weeks."

The Owls will have some time to prepare for the Conference USA Championship, which begins on Monday, April 26, in Texarkana, Arkansas.

"These next two weeks are pretty big for us," Emil said. "We got a little bit of extra time so we will be in the weight room on a consistent basis and also a couple of volunteer opportunities that we are going to do. But for the most part, it’s going to be honing things in, getting things precise and ready to go compete. I’m excited to see how they do at conference. I think we can be very competitive there, we just need to get some good work in these next two weeks."