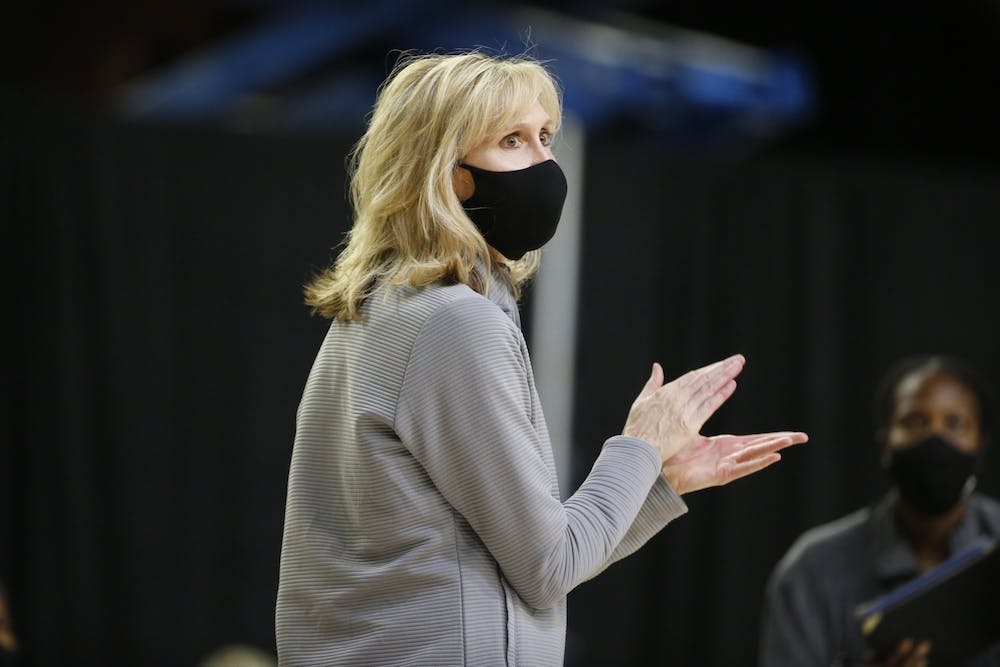 Rice Women’s basketball defeated Florida International University 77-60 in the quarterfinals of the Conference USA tournament Thursday afternoon. The No. 1 seeded Owls rallied behind sophomore forward Lauren Schwartz who scored a career-high 27 points, 15 of which came in the second half, as they overcame an early deficit against the No. 4 seeded Panthers. Head coach Tina Langley was pleased with the dominance that Schwartz shows game after game.

“You know Lauren can do so many things well,” Langley said. “She's a three-level scorer, she has a fierce spirit competitively and I love what she does on the defensive end of the floor. She's really grown in all aspects of her game and I'm excited to see who she’s going to continue to become.”

The Owls got off to a rocky start, and the Panthers jumped out to an early 23-14 lead in the first quarter, shooting 63 percent from the field. Despite the early deficit, the Owls stormed back behind an impressive offensive performance which was capped by a C-USA Championship record 26 team assists and 10 made three-pointers.

Towards the end of the second quarter, the Owls took the lead and never gave it back, outscoring the Panthers by 30 points in a 20-minute span. They continued their hot streak by outsourcing FIU 24 to seven in the third quarter and cruising to the victory in the fourth. Langley was thrilled with how her team responded to the early deficit and stormed back from behind, even though they were heavy favorites.

“I'm just proud of our team and the resiliency they've shown,” Langley said. “I think every coach that takes the court right now is proud of their team. You know everyone has fought through so much this season and I am proud of all the young women here today competing.”

Schwartz was not the only Owl to contribute to the team win. Senior guard Sydne Wiggins chipped in 15 points and six assists, and senior guard Jasmine Smith filled the stat sheet with nine points, five rebounds, and five assists. On the defensive side, senior center Nancy Mulkey dominated the Panthers by grabbing nine boards and five blocks. As a team, the Owls tallied an impressive eight blocks and six steals in an impressive defensive showing.

With this win, the Owls move into the semifinals where they face the No. 6 seed Old Dominion University on Friday at 5:30 p.m. During the regular season, the Owls defeated the Monarchs twice, by scores of 77-66 and 67-59. Langley is happy with the win and thankful to be on the court considering this time last year, the sports world shut down due to the COVID-19 outbreak.

“We celebrate every win,” Langley said. “The opportunity to play is a gift and we are grateful to be here. We’ve had it taken away before and so we want to embrace every moment and every game and have fun together.”