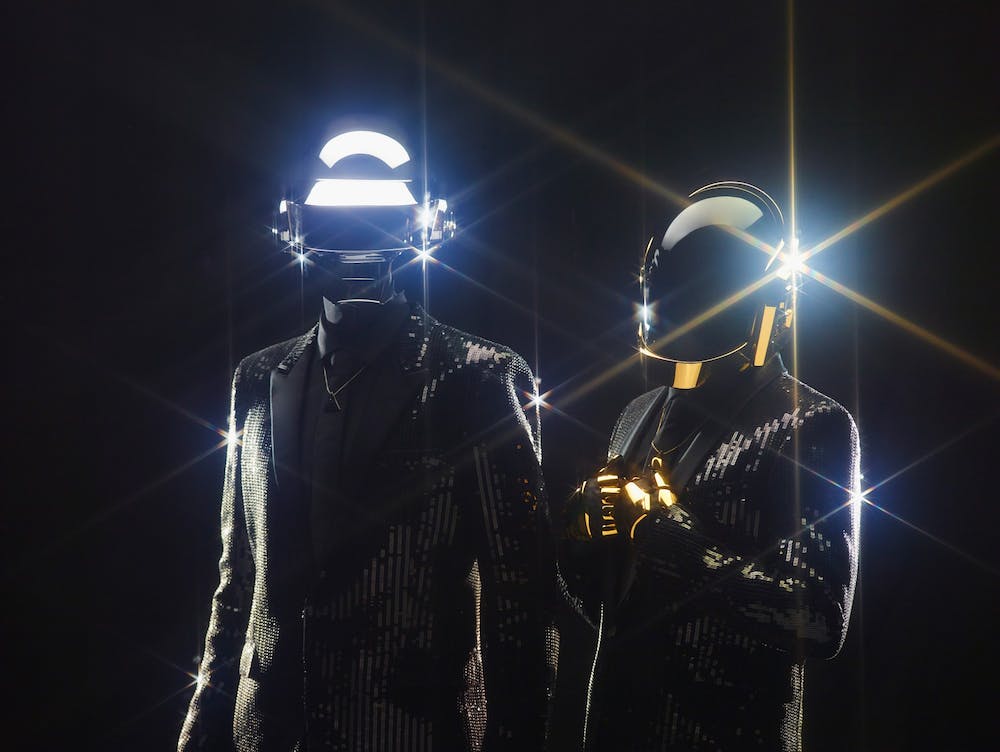 On Feb. 22, electronic duo Daft Punk unexpectedly announced their retirement after 28 years of prolific influence on the music industry with a short video featuring one of the duo's robots dramatically exploding. Emerging in 1993 out of the Paris underground rave scene, Daft Punk’s music effortlessly combined influences from disco, funk, R&B and even the Chicago house genre. The duo’s enigmatic robot personas allowed them to avoid the media and uniquely transcend the limitations of age, relevance and appearance to continuously create musical masterpieces. By choosing anonymity, Daft Punk maintained a focus on their creative freedom and musical quality, managing to evade the corrupting forces of fame and ego.

In honor of such a momentous career, we have compiled a list of their top songs based on popularity, sound quality, themes and impact.

Off their first album “Homework,” “Da Funk” is an instrumental track that cemented the quintessential Daft Punk sound and quickly became a ’90s house classic. “Da Funk” features a funky riff, sharp drum beats and a synth baseline driving the song. The music video by Spike Jonze coincided with the rise in popularity of YouTube and features an iconic anthropomorphic dog walking the streets of New York City with a boombox. “Da Funk” earns No. 1 as the foundation of the exceptional Daft Punk sound.

This disco and funk-infused track earned Daft Punk the Grammy for song of the year in 2013. The song features Nile Rodgers grooving on his Stratocaster guitar over a clean beat and the smooth vocals of R&B artist Pharrell Williams. A staple on the radio in 2013, it continues to be played at weddings and parties today. Showcasing Daft Punk’s versatility from niche electronic tracks to popular hits with multi-talented artists and diverse sounds, “Get Lucky” earns the No. 2 spot on our ranking.

The funky beat and happy vibe of “One More Time” cemented it as one of the greatest dance songs of all time. This song was a huge commercial success for the duo and earned them number one on the French singles chart and number 61 on the U.S. Billboard Hot 100. “One More Time” is a prominent example of French house’s use of auto-tune. Overall, this international hit paved the way for electronic music to become mainstream.

A classic Daft Punk track, this samples the melody of “Cola Bottle Baby” by Edwin Birdsong with an appropriated line from a ’70s show, creating the iconic repetition of “Harder, Better, Faster, Stronger” which was later sampled by Kanye West in “Stronger.” Despite the low production budget of their second studio album “Discovery,” the distortion of vocals through a synthesizer and four-to-the-floor beat created a dance hit that later received a Grammy for the version in their live album “Alive 2007.”

Featured in their “Epilogue” video announcing their retirement last week, Daft Punk described this track as the core of their fourth and final studio album “Random Access Memories.” Vocals by Paul Williams reminisce on the feeling of touch, invoking the ever-present human versus robot dichotomy central to Daft Punk’s work. This piece encapsulates Daft Punk’s work from the last three decades, from the robotic voice repeating “touch,” to Williams’ smooth vocals paired with a jazzy bass, and finally the orchestral sounds nostalgic of their work for “Tron: Legacy.” This piece also reflects Daft Punk’s emphasis on honoring popular artists from their childhood through their music. The nostalgic vocals and masterpiece melody create a gentle final goodbye from Daft Punk to their followers and legendary music career.

This seemingly endlessly looping track is iconically simple yet addictingly groovy. It quickly reached number one on dance charts “around the world.” The music video features eclectic choreography with synchronized swimmers, tall athletes, robots and skeletons dancing around a vinyl record. It was also the first time Guy-Manuel and Thomas adopted their robot personas. Later on, in September 1999, Daft Punk would fully transition to their robot personas under the guise of the “Millennium Bug” hysteria.

Included on their famous Coachella 2006 DJ set, this mash-up features sounds from their third studio album “Human After All,” which received mixed reviews for its more minimalistic sound after the popular house-heavy and danceable sounds of “Discovery.” The robots remixed these punk electronic tracks into a seamless EDM masterpiece accompanied by a legendary lighting set, including a 24-foot tall pyramid structure covered in LEDs and screens. This DJ set changed the future of EDM performances forever, inspiring the likes of Skrillex, who was present in the crowd that night. They later released the recordings of the live performance on “Alive 2007,” which won a Grammy award for best electronic/dance album in 2009.

Daft Punk used mainly vintage instruments in making this disco house song with electronic rock influences. The track is notable for its music sequencer solo featured in the second half. Uniquely relevant to the rise of technology as a tool for communication, it speaks to the larger struggle of love in the age of computers.

An emblematic example of Daft Punk’s pioneering ability to sample multiple tracks into a dance hit, “Face to Face” uses vocals from Todd Edwards along with a myriad of samples, like “Evil Woman” by Electric Light Orchestra, to create a futuristic and feel-good sound. Edwards was considered one of Daft Punk’s biggest influences as one of the founders of the U.K. garage genre, most notably for his heavy sampling and chopping technique of vocals, which reappears in this track. He later appears as a collaborator in “Fragments of Time” on “Random Access Memories.”

Off their last album “Random Access Memories,” “Instant Crush” is a perfect example of one of Daft Punk’s more lyrical songs. The synth in this song works perfectly with the vocoder vocals from The Strokes’ lead singer Julian Casablancas. Descriptive lyrics and melodic synth drive this song as it recants the story of a lost love.

From their inception, Daft Punk successfully intertwined the music of the past into the electronic sounds of the future. Daft Punk changed the lingua franca of pop and hip-hop and contributed to the formation of the dubstep and EDM wave in America. Through their detachment from identity, they achieved a humanity unlike any other contemporary artist. Few artists have had such a tangible impact on the trajectory and image of music as Daft Punk and for that, their records live on in their influence on the dance hits of today. Despite their retirement, Daft Punk’s timeless classics will continue to command the dance floor for years to come.