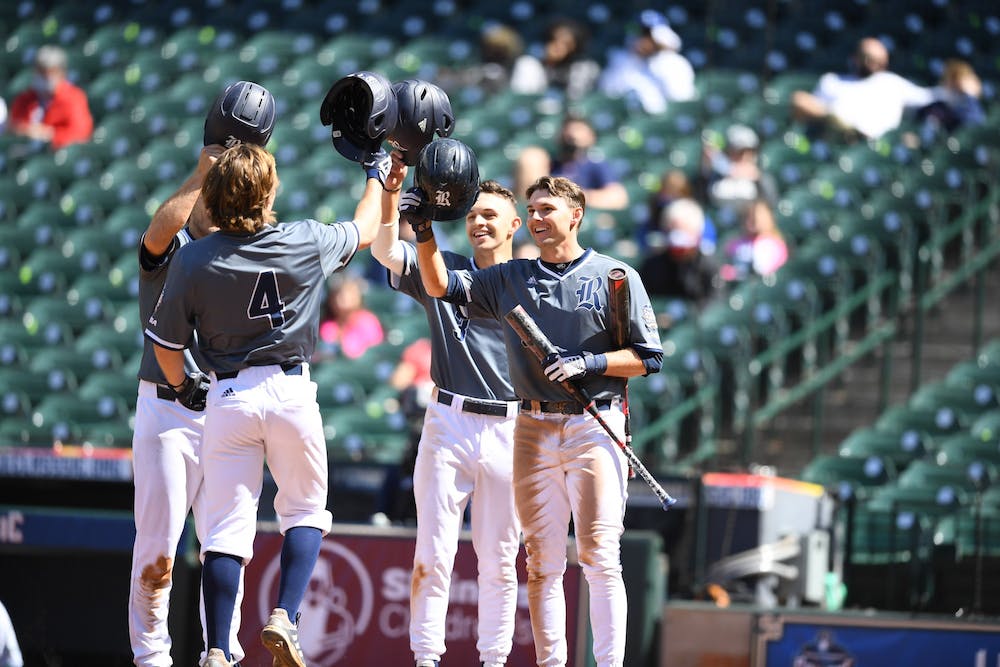 Late Tuesday night, the Rice baseball took down Texas A&M University in a thrilling game, holding on to a 2-1 lead in the ninth.

The Owls managed eight hits on zero, and held the Aggies to only two. After taking the lead in the ninth inning on an RBI single by junior Hal Hughes, the bullpen shut the door in the bottom of the inning.

We might be seeing the beginning of a hot streak here, because over the weekend they also took two of three games against Southern University. The Owls’ offense led the team to a 14-2 win on Friday and a 13-4 win on Saturday. However, the Owls suffered a close 6-4 loss to the Southern Jaguars on Sunday in the series finale. This weekend’s series puts the Owls’ overall record at 10-9 on the season with a 9-3 record at Reckling Park.

Head coach Matt Bragga said he felt that this weekend’s series had its ups and downs, which the team could use to learn from their performance. Bragga said he was proud of his squad, highlighting how the team had a quality game on Friday.

“We had a great game on Friday both on the mound and offensively,” Bragga said. “I think we were very patient throughout the series, and by being patient, we were allowed to create significant offensive production along with several big hits and a couple of home runs, which was great.”

In Friday’s win, sophomore pitcher Blake Brogdon set new career highs in innings pitched with 7.0, and strikeouts with 10. Brogdon said he was proud of his performance and is optimistic about the rest of the season.

“It felt great,” Brogden said. “It was definitely a step in the right direction as I try to continue in this positive trajectory every week,” Brogdon said.

Freshman utility man Connor Walsh believes that this series was critical to him finding some footing in the Owls offense.

“The first couple of games started pretty rough,” Walsh said. “After picking my stroke back up, I got hurt and I am finally finding it back again and I feel really good in the batting box now.”

Bragga said that the team had plenty to learn from their sloppy moments on Saturday and Sunday. He believes that his players can definitely improve, especially on the offensive side of the ball.

“Our guys are doing their best to stack at-bats. They are doing everything they can to score some runs,” Bragga said. “I think offensively we’ve been okay and we have ways to go. On Sunday, our quality at-bats were not good enough.”

However, with conference games coming up next week — and the toughest, most important part of the season is upcoming — Bragga is cautiously optimistic about his team.

Walsh agreed that the team can perform well as the Owls enter one of their most important stretches of the season.

“We are so close as a team. We hit a lot of balls really hard and we just have to start stacking up really good at-bats,” Walsh said. “I am really confident about the rest of the season as we head into some more conference games”

As the Owls enter the toughest part of the season, the team has begun to understand the importance of their return to normalcy. The Owls baseball season is unique compared to most sports this year as the Owls have allowed fans back into stadiums, a step back to normalcy that sports had prior to the pandemic. Brodgon believes that the return of fans have had a positive impact.

“After last year’s cancellation with professional sports and no fans, I think it is a big deal that we can have fans back in the stands,” Brogdon said. “We really feed off of the energy and it’s really exciting to see familiar faces too.”

Bragga affirmed the same feelings that Brogdon had as he feels that college baseball season has returned back to normal.

“I feel like this season has been normal. From a college baseball standpoint, it is only getting better in terms of fans in the stands,” Bragga said. “I don’t feel anything that abnormal. When we meet with the home plate umpire, everything is a bit distanced and, in our dugout, we have tried to be more spread apart.”

This weekend, the Owls’ season continues against conference rivals University of Texas, San Antonio. The four game series will take place at Reckling Park, which also includes a doubleheader Saturday.