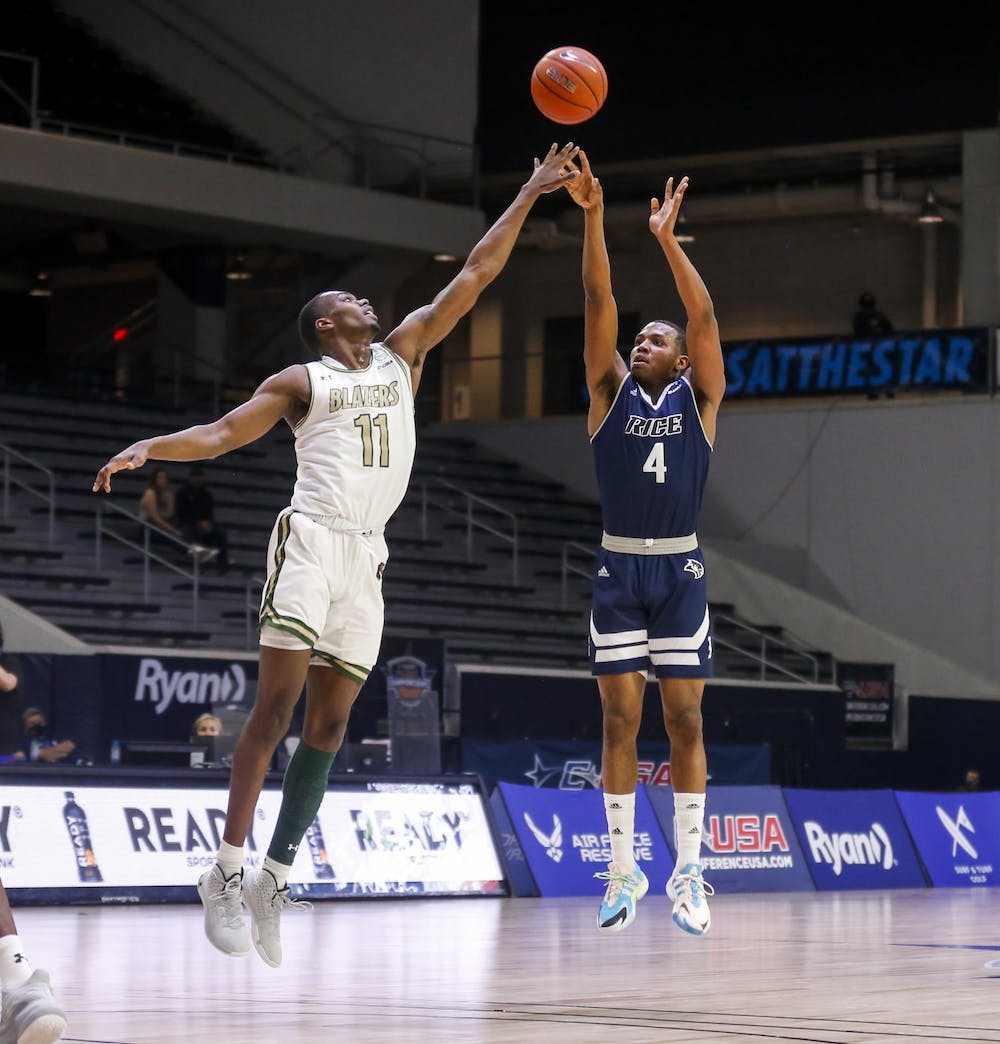 Last week, the Rice men's basketball season came to a close when they were eliminated in the quarterfinals of the Conference USA Tournament by the University of Alabama, Birmingham. Prior to their elimination, the Owls had won back-to-back tournament games against the University of Southern Mississippi and Marshall University.

According to sophomore forward Max Fiedler, the team left everything on the court during the conference tournament.

“We were definitely feeling good after the win against Marshall,” Fiedler said. “It was our third day of a back-to-back-to-back, and we put ourselves in a good position to win it out there, but it just didn’t go our way.”

As the No. 6 seed in the West Division, the Owls entered the tournament as underdogs, but managed to win two games in a postseason conference tournament for the first time since 2007. After defeating the Golden Eagles in the preliminary play-in round, the Owls upset the No. 4 seed Marshall Thundering Herd in the first round of the tournament. According to sophomore guard Quincy Olivari, the team’s two wins in the tournament were a testament toward their determination and ability to overcome adversity.

“We battled adversity ever since the game against Old Dominion [University], where we lost several key players to injuries,” Olivari said. “With a fully healthy team going into the conference tournament, we knew that we needed only one win to get our momentum going. However, I wouldn’t say that these wins were a surprise, as we have always believed in ourselves.”

Despite the momentum that they gained from their two wins in the previous rounds, the Owls lost their quarterfinal matchup against UAB due to the sudden inability to score a point. After coming back from a nine point deficit to lead by four with less than nine minutes remaining in the game, the Owls managed only two points in the remainder of regulation. Head coach Scott Pera said that the disappointing ending was due partially to the Owls’ exhaustion, as they were playing their third game in three days.

“I am just so proud of our kids; there was a reason to not be in that game and to fold when we got down, but we just kept on coming back and believing,” Pera said. “The lack of depth really hurt us and playing three consecutive games down the stretch affected our performance. We fell flat towards the end of the game and ran out of gas, but that is not how I want to define the relentless effort of our team and how our season ended.”

Instead of dwelling on their loss, Pera had high praise for his team after they had faced adversity throughout such a precarious season. From injuries to a shortened regular season due to the pandemic, Pera acknowledged that this season was a unique one and their success this year was due to the determination and character of his players.

“Everything that the team endured throughout the season and how they stuck together throughout all of their hurdles was truly admirable,” Pera said. “On top of all the adversity that the team faced throughout the season was the coronavirus pandemic. From losing a coach, with players getting coronavirus, and never being able to field more than 10 players a game, it was just amazing what our kids accomplished through all of this.”

Pera is optimistic for next season, as he holds high hopes for his squad. Aside from two graduate students who didn’t see much playing time, the whole Owl roster will likely return for next season. After last offseason that saw a high rate of roster turnover, a steady offseason might be exactly what this team needs to start heading in the right direction. After such a unique and challenging season, Pera believes that there is only room for improvement and that the Owls program is on its way up.

“The Owls are here to stay and we are well on our way to [being] a winning program,” Pera said. “We aim to continue to be in the top half of this league as we have a young core and a tremendous recruiting class. We [also] intend to compete for a championship on a Saturday [next year] instead of leaving in the quarterfinals on a Thursday, like we did this year.”

Fiedler expressed the same optimism for the future as Pera, and also believes that this offseason will provide a unique opportunity for him to continue to develop as a player.

“I am excited to have the guys back next year with a group of guys that have a year under their belts and I think that it is going to be fun,” Fiedler said. “I think I took a big step forward this year after a mediocre freshman year and I look forward to building upon it in the offseason and next year.”