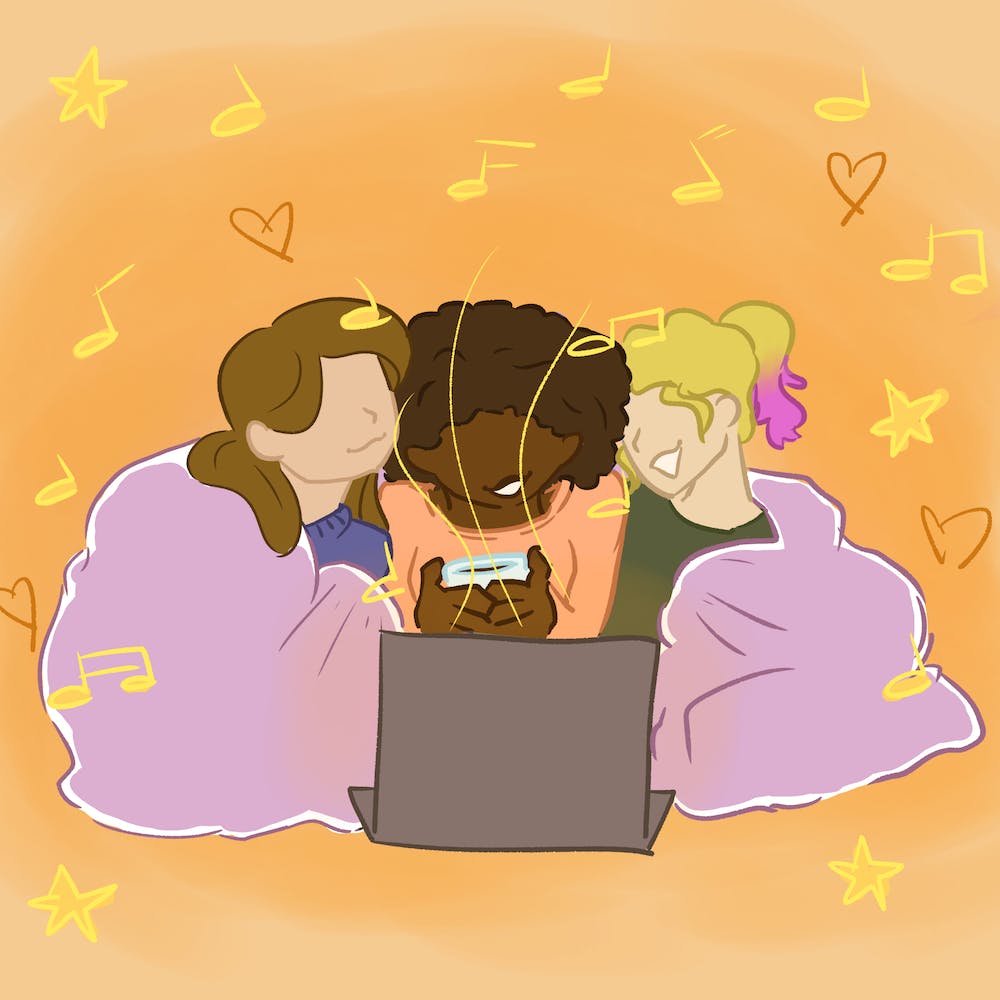 Last Friday, Feb. 26, KTRU held its fourth annual Cozy Show, and it was unlike any year before. Instead of going to see and hear the featured artists perform live on Rice campus, this year’s audience was invited to enjoy the show from the comfort of their homes as the artists’ performances were streamed on KTRU’s Facebook and YouTube pages, marking the radio station’s first completely virtual concert.

The show’s lineup included three local Houston artists: oki yume, Velveteen Echo and Mind Shrine, who all delivered impassioned and high-quality performances. The artists each pre-recorded and edited their own performances, giving them autonomy to decide how they wanted to embrace their own definition of “cozy.”

The concert’s opener, oki yume, is a musical character played by multidisciplinary artist Ezla Lewis. When asked about the creation process behind his music, Lewis emphasized his hope to bring light to his audience. “My [goal] is to spread gratitude and spread optimism organically through music. We are in the business of inspiring people,” Lewis said.

Oki yume’s music was a blend of dreamy lo-fi beats and vibrant electronic sounds delivered through an animated performance from a snug studio. On most songs, oki yume was the main performer singing into a lone microphone. Other songs featured friends and collaborators joining in, either on their own musical instruments or as photographers and cameramen. Engaging camerawork, constant movement and oki yume’s vibrant stage presence served to draw the audience into his intimate performance. Small snippets between songs showed the production behind the performance, creating a more real and raw feeling for the audience. The entire set felt like the equivalent of spending an intimate and chill night in with friends. “This is my first ever virtual concert [and] it was a great experience,” Lewis said. “It brought the team closer together allowing us to really dig deep into creating a truly unique, refreshing and enjoyable performance.”

The second act to perform was Velveteen Echo, a four-piece rock band from Houston that combines experimental guitar and synth tones with a pop sensibility. Their performance was recorded straight from home, with the entire band huddled together in all-black outfits, complete with standard black face masks.

“[The Cozy Show] was an opportunity to practice the art of performing,” Massa said. “Performing for a camera instead of an audience has been challenging, because I know the footage is being posted permanently on the internet for potentially hundreds of people to watch. It’s very nerve-wracking to me.”

In regards to the local music scene, Massa highlighted the immense talent coming out of Houston that can often go unnoticed by larger audiences.

“The Houston music scene is unique in its underdog status,” Massa said. “There is a high concentration of talent spanning many genres, [but] little national recognition yet. As a result, we are hungrier and harder-working than many other scenes.”

Mind Shrine was the third and final act of the night. The performance on Friday night marked their return to the KTRU stage since performing at the radio station’s spring show in April 2019. Their music incorporated delicate vocals over melodic guitar lines. The five-member ensemble played a groovy set complete with intricate guitar solos, fast-paced bops and sentimental lyrics. Songs effortlessly transitioned from energetic and fast-paced to reflective and slow-paced.

“[Cozy Show] was a much more marketed KTRU event than we usually do,” Kataria said. “We had a much bigger Instagram presence [and] put ads in the Thresher website and paper [for the event]. Also, [KTRU’s] merch giveaway was our new twist to get people hyped for the virtual concert.”

KTRU reported an overwhelming demand for their merchandise giveaway, which occurred a couple of hours before the show on Friday from 5 to 7 p.m. They had to close their request form days ahead of the event — in total, they handed out about 140 mugs along with other giveaway items such as T-shirts, tote bags, hats and fanny packs.

There were slight technological hiccups during the show, which led to the YouTube live stream ending abruptly.

“It was unfortunate that something went wrong. It was a learned lesson that you start losing viewers quickly when the stream crashes,” Kataria said.

Although the concert was not held in person, it still provided a space to highlight local artists and appreciate the art and music coming out of Houston within the Rice community.

“In a pandemic with everyone staying inside, it's fun to curate a little cozy atmosphere. You can huddle up under your blanket with your free KTRU mug and some hot chocolate, watch the virtual concert and be cozy,” said Kataria.

All performances from Cozy Show are available on the KTRU YouTube channel.