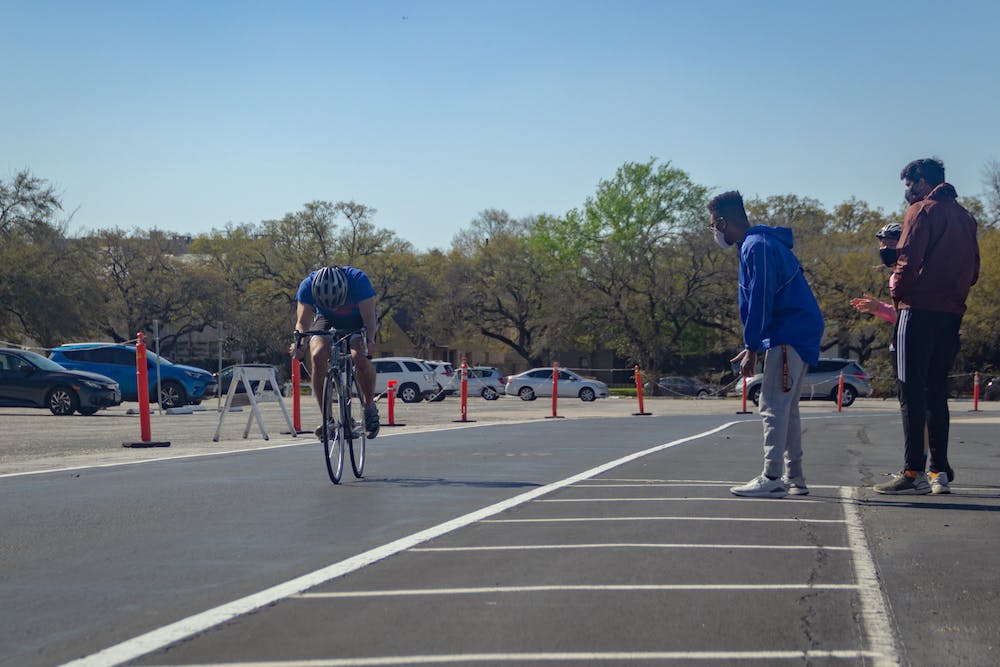 Beer Bike races will stretch across two days this year, with four separate races featuring three colleges at a time and the winner determined after all teams have been timed, according to Dean of Undergraduates Bridget Gorman.

“From the very beginning, the priority was figuring out a way to preserve the essential components of [Beer Bike],” Gorman said. “We’re very sensitive to the fact that last year, we didn’t have Beer Bike at all. And the year prior, it became a Beer Run due to the weather. So there is a strong group that really wants to see us be able to have the race.”

There will be five bikers and five chuggers per team, instead of the usual eight, and two pit crew members only to throw, not catch, according to Gorman. A videographer will also be there to record and livestream the races.

Undergraduate and graduate students will still be racing, but alumni will not be able to participate this year, according to Gorman. In all of the four heats, three colleges will race against each other, the women’s team first, and then the men’s.

With only three teams on the track at a time, Gorman said they were able to eliminate the need for catchers on the pit crew, which she said is a COVID-19 concern by design.

“[It’s] an important modification because that moment of catching a biker, just as they’re coming off the track, there’s a lot of huffing and puffing,” Gorman said.

Mason Reece, Hanszen College bike captain, said he shared with the administration his concerns about having pit crew out there at all.

“Of all the things on the bike track, it seems to be the biggest COVID risk to me,” Reece, a junior, said. “By nature of the job, you are within six feet of people. I don’t want to put our pit crew through that. I don’t want the bikers who have to be held to be concerned about that, right before trying to be safe on the track at high speeds.”

Gorman said her office has been in communication with student leaders throughout the planning process.

“That’s been a very intense conversation,” Gorman said. “That’s really reflected in the work of the campus-wide Beer Bike coordinators, working with staff from my office … as well as talking to the different colleges about their input.”

Reece said that as a bike captain, he has been frustrated at times with the administration’s planning process.

Lea Godret-Miertschin, a Will Rice bike captain and senior, said the captains across campus struggled with the administration not taking their suggestions, as well as disagreement within the group.

“There’s been quite a lot of debate among the captains themselves as to what’s the best way to handle the situation,” Godret-Miertschin said. “It’s my senior year so I’m sad that it won’t be a normal Beer Bike. But I’m glad we’re having something.”

Gorman said the inflatable dome currently around the bike track in Greenbriar Lot will be deflated one to two weeks prior to the weekend of official races, giving college teams opportunities to do mock race practices.