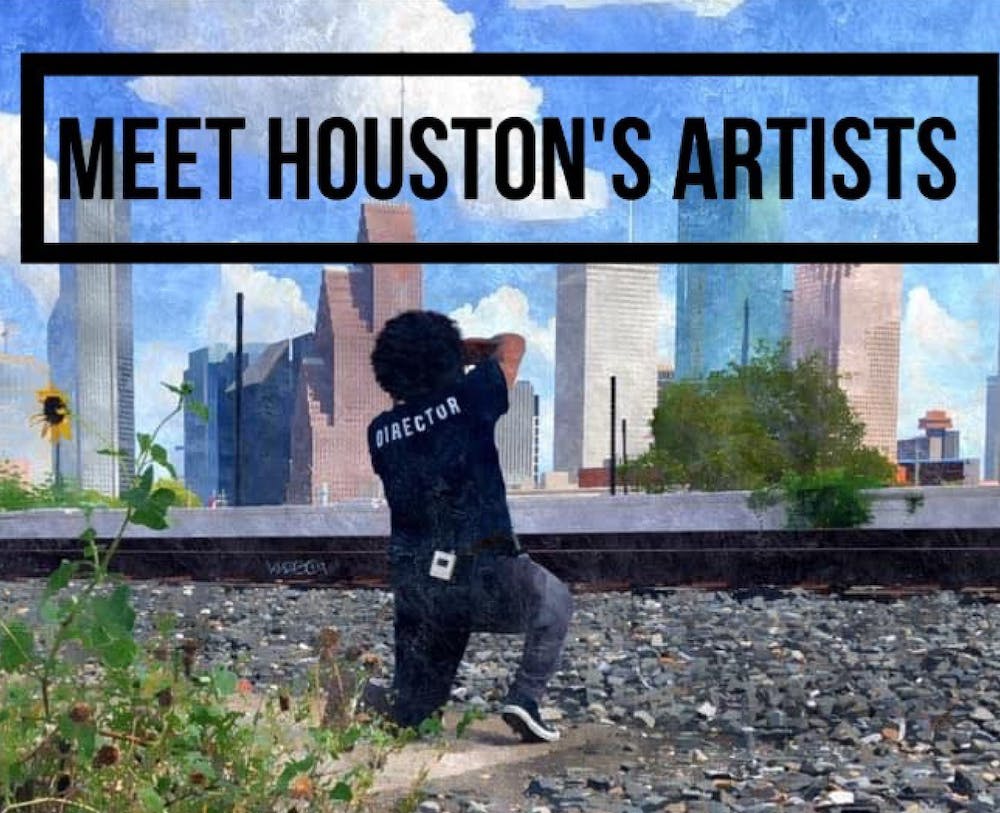 Houston artist MoNique LeRoux opens her docuseries “Meet Houston’s Artists” by acknowledging the upheaval of normal life in the past year in the past year caused by the COVID-19 pandemic, economic downturn and Black Lives Matter protests. The tumultuous events of 2020 were key motivations for LeRoux to produce her docuseries, which highlights 14 local artists and how they were impacted by the pandemic. The docuseries culminated in a physical art exhibit, which opened Saturday, Feb. 13 at Sabine Street Studios.

While the beginning of the pandemic signaled the widespread closing of physical art spaces like museums and galleries, LeRoux said that does not have to mean an end to sharing art with the public.

“The inspiration for the docuseries came from the pandemic, [and] museums and studios closing, while trying to innovate content virtually [and capture] attention in the midst of social distancing,” LeRoux said. “It was a very experimental film project to attempt to showcase and share art with the community.”

LeRoux stressed the importance of film as an avenue to interact with the local art community.

“I saw how frustrating it was to have a career that just depends on social and personal interactions with patrons and enthusiasts," LeRoux said. "I noticed how many artists were not truly utilizing the art of film to share their art on social media so much more.”

The docuseries contains 14 installments, each focusing on a specific artist including LeRoux herself, and are also directed, written, filmed, edited and produced by her. Regarding the production process of “Meet Houston’s Artists,” LeRoux said she faced some of the difficulties when trying to coordinate collaboration between several artists.

“Editing became my biggest challenge," LeRoux said. "['Meet Houston’s Artists'] took 408 hours to edit and produce, but the entire docuseries is only a little over three hours in its entirety.”

As described by LeRoux, the unifying thread through all the artists that were a part of her docuseries was the emphasis they placed on empathy during these trying and difficult times.

“During production, all 14 artists were asked the interview question, ‘What do you think the world needs more of in this time?’ Almost unanimously the overall consensus and response was ‘empathy,’" LeRoux said. "The artists decided, in their own craft and styles, to share their works of art that express the emotion and concept of empathy while challenging [people] to understand that art may be subjective but empathy should not [be].”

The resulting exhibit, which is on view now through April 24, showcases the work of the 13 artists that LeRoux featured in her docuseries. LeRoux explained that the artists had a great degree of autonomy over the works they chose to feature in the exhibit. Since they came from a variety of different backgrounds, the works range from oil paintings to mixed media and sculpture.

“[The exhibition] was not initially a part of the film project, but as popularity grew the art community asked for it through their gracious support and inclusion from infancy to opening night,” LeRoux said.

LeRoux has been a part of the Houston art community since 2016. She moved to Houston to pursue her art career, a path which succeeded her careers in the military, law enforcement and firefighting. To LeRoux, art in Houston is unique and portrays the struggles and stories of the artists.

“The Houston art community [is] special [in] its uncanny representation of resilience," LeRoux said. "The art is everywhere, whether you notice it or not, especially public art from murals to graffiti. There is a presence here and the artists have made sure to let the city know it.”

“Meet Houston’s Artists” will be open until April 24 at Sabine Street Studios. LeRoux’s docuseries of the same name can be found here.