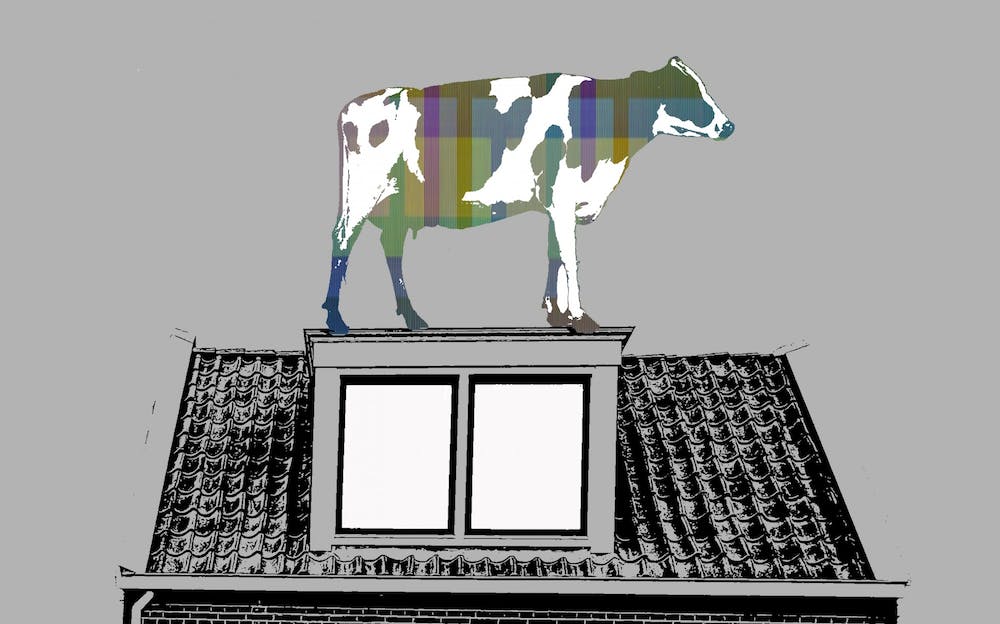 Chaikowsky and DeBellis began collaborating in the summer of 2020, after Chaikowsky first performed “Le Boeuf sur le Toit” (The Ox on the Roof) by Darius Milhaud and started to develop a concert program based around the piece. Its strong Brazilian roots inspired Chaikowsky and DeBellis to incorporate Latin American music and artwork into their project, pairing short solo violin works commissioned by Shepherd School of Music composers with artwork from Sicardi | Ayers | Bacino.

“I visited the gallery and basically made a catalog of all the art they had, and then each of the composers ended up picking a work of art that they thought would pair nicely with their composition,” Chaikowsky said. “And then a few composers [even] ended up changing their composition from being based on [Milhaud’s] melodies to writing compositions based on [those]  actual artworks … the composers took inspiration from the art and found it resonates with their piece.”

For DeBellis, working on “Le Boeuf en Concert” has been especially rewarding as it gave her full creative freedom to dive into her passions for film, photography and digital design. She was even able to interview Sergei Dreznin, the composer of “Circus Fantasy.”

“I took scenes from the original film and paired it with the actual performance as sort of like an overlay, so it's really capturing both the music and the movie, and ties [them] really well together," DeBellis said. "It's very unconventional. We can do whatever we want because there is no formula that we have to follow.”

The film “Circus,” on which Dreznin based his piece “Circus Fantasy,” centers around an American circus artist who faces racial persecution after giving birth to a Black baby. She and her son eventually move from the South to the Soviet Union, where they find peace and acceptance.

“It was so much fun to actually talk to [Dreznin],” DeBellis said. “I did an interview in Russian with him, talking about the piece and his love for the movie, in sort of a conversation and critique on racism and how we perceive that, and how we do that in the Soviet Union at the time, but also how it still resonates with everything that's going on today in America.”

Although Chaikowsky and DeBellis are the creators and primary organizers of “Le Boeuf en Concert,” the ambitious scale of the project called for a collaborative effort with the Rice community. In one particularly complicated scene, Chaikowsky performs “Le Boeuf sur le Toit” with a small ensemble on the McMurtry rooftop, embodying the piece’s name by dressing as “le Boeuf.”

“The rooftop recording was insane. It was first working with Shepherd administration to find the venue, and then trying to pull together dates with the magisters that worked, and I had to get the orchestra together in two weeks’ time. And then we needed a date with good weather so we could record outside because [they’re] musical instruments," Chaikowsky said. "So all of it coming together on the seat of its pants was kind of ridiculous, but it ended up working out.”

Due to the COVID-19 pandemic, “Le Boeuf en Concert” will be streamed online rather than performed live. Despite this, DeBellis hopes it will encourage the audience to form valuable new connections and expand their perspectives surrounding art.

“It really is this rich, cohesive story of interconnectedness from different times and cultures,” she said. “Thinking, how do we generate new art from older art, and how do we share that? I think the pandemic has been, for a lot of artists, a way of sharing media and sharing their artwork in a different light and a different method than before. And I think that's been really good for the artist, but also the recipient.”

Chaikowsky also believes that the repertoire will appeal to a broad range of audience members, regardless of their experience level with music.

“It's extremely accessible to an early classical listener, and I think would be really exciting for them, with all these Latin American tie-ins, some really fun music. But at the same time, for the traditional, well-versed, classical musician, these are pieces that are non-canonic, and offer an interesting new view towards that end,” he said.

“It's just been a lot of fun, honestly,” DeBellis said. “We had a good time making it, so if people have a fun time watching it, that's always good.”