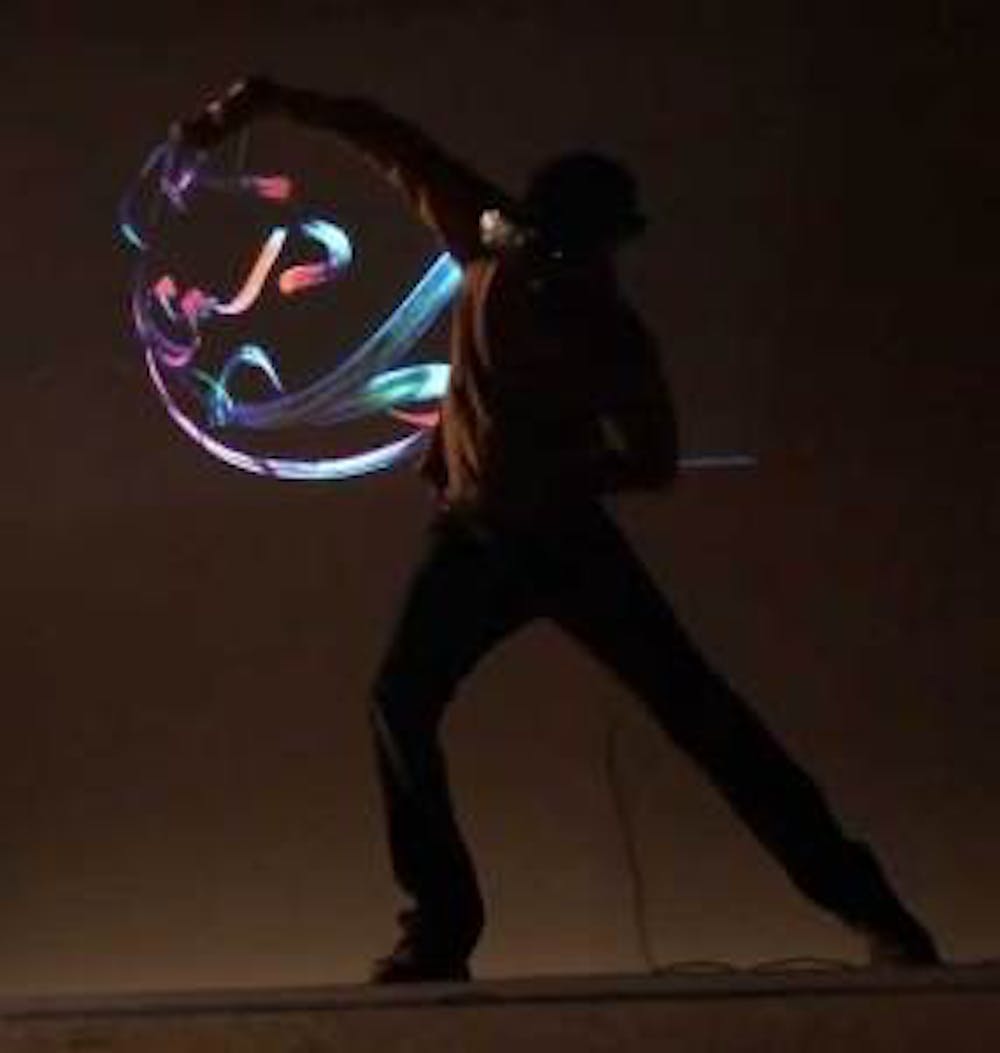 In place of the usual full stage orchestra, the Houston Symphony was accompanied by a rectangular, gray mat surrounded by tripods and light sensors. The space above this gray mat served as Sipes’s virtual world during the performance, as he painted 3D art in the air. During the livestream, audience members saw shots of the performers interlaced with the imagery Sipes created. At times the audience would see only Sipes’s art or only the orchestra, but at other times the art was overlaid with images of the performers to create an interesting effect.

Virtual and in-person attendees listened to 10 pieces of music divided into three “Scenes,” announced by Luke at the start of the concert. Luke explained the history of each piece before they began. Classic pieces such as “Hungarian Dance No. 5” by Johannes Brahms and “Carnival of the Animals'' by Camille Saint-Saëns were paired seamlessly with Sipes’s live 3D art. Attendees were transported into Sipes’s virtual realm as he created a moonscape, a swan and more. Along with the in-person audience, over 500 people tuned in online from all over the United States, with one member of the live stream audience watching from Melbourne, Australia.

continued use of virtual reality for art and ultimately to his involvement with the Houston Symphony for this concert series. Before the concert began, Sipes explained that he would be using an HTC Vive Headset, wireless controllers, tripods, lighthouses and Tilt Brush software to create his virtual reality art. He then noted that the software was recently open-sourced, meaning the community is able to now customize its future development.

At the start of the concert, Luke also expressed his excitement at being able to perform after almost a year.

“As many of you know, many [orchestras] haven’t been performing and so the last concert that I gave that had an audience in it was last March,” Luke said. ”This is a real special treat, not only to conduct an orchestra that’s more than eight people but also to have an audience and all of you here. [It is] something that we shouldn’t take for granted.”

The first scene began with “Clair de Lune” by Claude Debussy, an elegant start to the concert with its calm and delicate aura. The song’s mood and name paired perfectly with Sipes’s first creation: a moon. Sipes’s strokes followed the music's rhythm throughout the song as he created a moon in shades of purple and white, surrounded by a bright yellowish-green light along with a track of shooting stars.

The concert ended with an upbeat piece by Johann Strauss II called “Perpetual Motion,” which instilled a sense of urgency in the audience with its fast pace of 133 beats per minute. It paired nicely with Sipes’s fast drawing of a house with a conductor in it overlooking the virtual galaxy he had created throughout the concert. The conductor’s baton seemed to double as a magic wand creating vibrant celestial bodies, as Sipes drew shooting stars coming out of it.  This last song tied in nicely with the rest of the night’s artwork as the audience now understood Sipes’s message that through music, the conductor had created entire worlds.

With its innovative technology, this concert represented the future of art, and confirmed that despite difficult times, music and art will continue on.