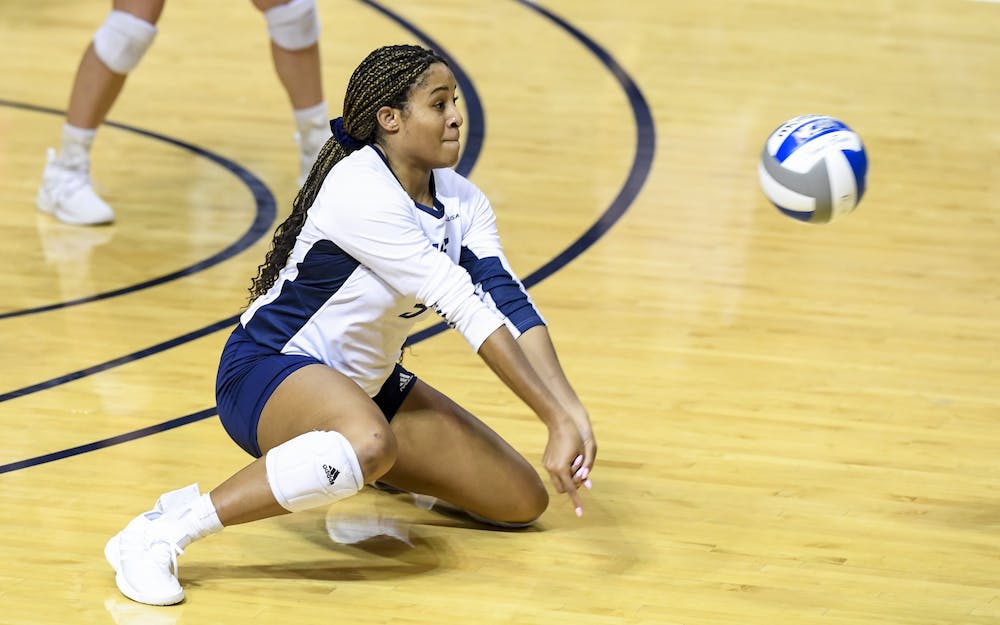 The Rice volleyball team opened their season this weekend with a two-match home-and-home series against the University of Houston. The Owls split the series with the Cougars, winning Saturday’s opener three sets to two, before dropping Sunday’s match in straight sets.

The matches marked the Owls’ return to the court, following a long and uncertain offseason that saw the season delayed by nearly five months due to the COVID-19 pandemic. According to head coach Genny Volpe, the team had been eagerly awaiting the chance to play again.

“We [were] very anxious and excited to get to competition again,” Volpe said. “It’s been well over a year since we competed and we are embracing [this] opportunity.”

Although the volleyball season is normally played in the fall, this year’s season will take place during the spring semester instead. The Owls last played on Dec. 6, 2019, when they lost to No. 25-ranked Texas A&M University in the second round of the NCAA tournament.

Since then, in addition to an offseason of delays and new COVID-19 safety protocols, the team has also had to navigate replacing five senior starters from last year’s team. According to senior outside hitter Nicole Lennon, the Owls were excited to finally start their season.

“After such a long offseason, every single one of my teammates and I were just absolutely psyched to get on the court,” Lennon said. “All of us could agree that the best part of playing volleyball is the competition days, so finally being able to compete against another team again made [the offseason] worth it.”

With UH needing to win only one more set to secure a victory, the Owls staged a comeback, winning the next two sets by a combined 50-34 margin, before completing the comeback by winning the decisive fifth set 15-11.

Lennon, who is the only senior on the team, said it took the Owls a couple of sets to adjust to playing together due to all of the turnover on the roster. But once they did, Lennon said the game started to go their way.

“It was a tough start for us,” Lennon said. “We are a newcomer-heavy team and we are still learning how to compete together. But I think in those last three sets, every single person did their job to the best of their ability and with confidence, so it allowed us to trust each other and play for each other.”

Sunday’s game got off to a similar start, but with a different result. After going down two sets to none, Rice got out to an early lead in the third set.

However, UH was able to take the set 27-25. Volpe said the Owls’ inability to capitalize on leads is what cost them the game.

“We had several leads during the match and had many opportunities to close out each set,” Volpe said. “We just didn’t execute.”

Now 1-1, the Owls look to build off of their 27-4 record last season. Despite losing many key players from last year’s team, Rice returns two players who were named All-American honorable mentions by the AVCA last year: Lennon and junior middle blocker Anota Adekunle.

Volpe said the Owls must get the most out of a roster that will rely heavily on key returning players, as well as many less-experienced players, if they are going to build off their success from previous years.

“We have built a tradition of winning here at Rice University in women’s volleyball,” Volpe said. “But more importantly, we are focused on maximizing our potential. We have a stellar group of both experience and young talent on the team this year. So for us, we are working on how this group works together.”

Next, the team will travel to Dallas for a two-game series against Southern Methodist University on Jan. 29 and 30.