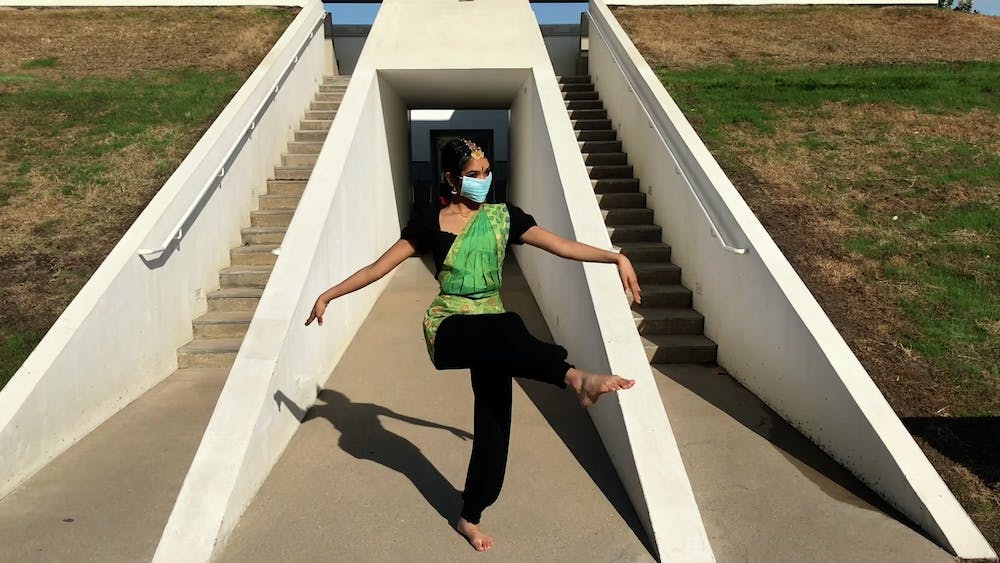 Dhamaka is usually a large cultural showcase hosted at the Rice Memorial Center's Grand Hall, according to South Asian Society Presidents Saniya Gayake and Shreya Ingle. In a normal year, around 600 to 700 people usually attend from the Houston and Rice community. The week leading up to Dhamaka also normally consists of a series of events showcasing South Asian culture such as chai times, henna nights and study breaks. However, with the onset of COVID-19 and the absence of large events, the coordinators and the executive team were forced to adapt.

“We actually got the idea from [the Black Student Association’s] Soul Night,” Gayake said. “That was super inspiring, the way they were able to create a community in the residential community.”

According to Gayake, a Baker College senior, the success of the event was a wholehearted and collective effort from volunteers in the society to adapt to restrictions. The executive board coordinated the effort, which included practicing and prerecording performances that would usually be at the center of the live event. Preparations included collaborations with various campus organizations to showcase classical and Bollywood dance, a cappella and fusion music, and various other solo performances including comedy and spoken word. The event also featured compilations of members and students sharing personal experiences and the importance of South Asian culture in their lives.

Trisha Gupta, co-events coordinator for the South Asian Society, said the special circumstances of this year opened the door to several new developments in how the event was structured. According to Gupta, usually only South Asian dance and music teams — Rice Riyaaz, Rice Rasikas, Rice Bhangra, Basmati Beats, and Aag — make up the Dhamaka setlist, so non-team members may only participate in the showcase’s fashion show and senior dance routine. Departing from that tradition, organizers eschewed the typical team format for musical performances this year and instead opened each type of dance and vocal performance to signups, allowing any member of the Rice community to join in. This year’s showcase also featured new interview segments featuring non-members students who answered questions like 'What is your favorite part of South Asian culture?' or 'Where in South Asia is your family from?”

Each residential college hosted watch parties for the virtual event, where on-campus students enjoyed catered dinners from local Indian street food restaurant Chowpatty Chaat. The event was fully accessible to off-campus students, and Gupta said the turnout for Zoomaka was much higher than other events held this semester.

“We got great turnout at both our in-person and remote watch parties, which was especially wonderful because we have been struggling to connect with some of our remote SAS members,” said Gupta, a Sid Richardson College sophomore. “Usually, the virtual versions of our study breaks have less than five attendees, but we actually had around sixty virtual attendees at Zoomaka!”

“Since Residential Associates of most colleges advertised the event, and since there was no entry fee, I think that this year's Dhamaka was a lot more open and less intimidating to attend for those not of South Asian descent, and it was super exciting to be able to share our culture with the wider Rice community,” Gupta said.

Ingle, a Jones College senior, said she found it especially important to host the event in the midst of the logistical difficulties it posed. The South Asian Society, Ingle said, provides an opportunity for students at Rice to meet with students from similar backgrounds while also learning about the multifaceted nature of being South Asian.

“I feel like racial and ethnic identity is just so intimate to your experiences. And I think the club just gives students the opportunity to embrace that and to celebrate it,” Ingle said.

With the challenges of COVID and separation of the community among different residential colleges, the South Asian Society works to create a space on campus to unite over the South Asian experience.

“We wanted to ensure that we could share South Asian community on campus as well as foster people watching together because I think that's part of the fun, like watching with your friends who are maybe not South Asian and being like, ‘Look, this is what I've been working so hard all semester on this dance team or this dance performance,’” Ingle said.

“People come into Rice with such different experiences with their race and ethnicity,” Gayake said. “Some people just were not raised around other South Asian people. And so I think this club just gives an opportunity for people to come together and create that community based on association with a region.”

Ultimately, the event was the fruition of months of hard work and dedication from the South Asian community, and the climax to an eventful semester for the organization.