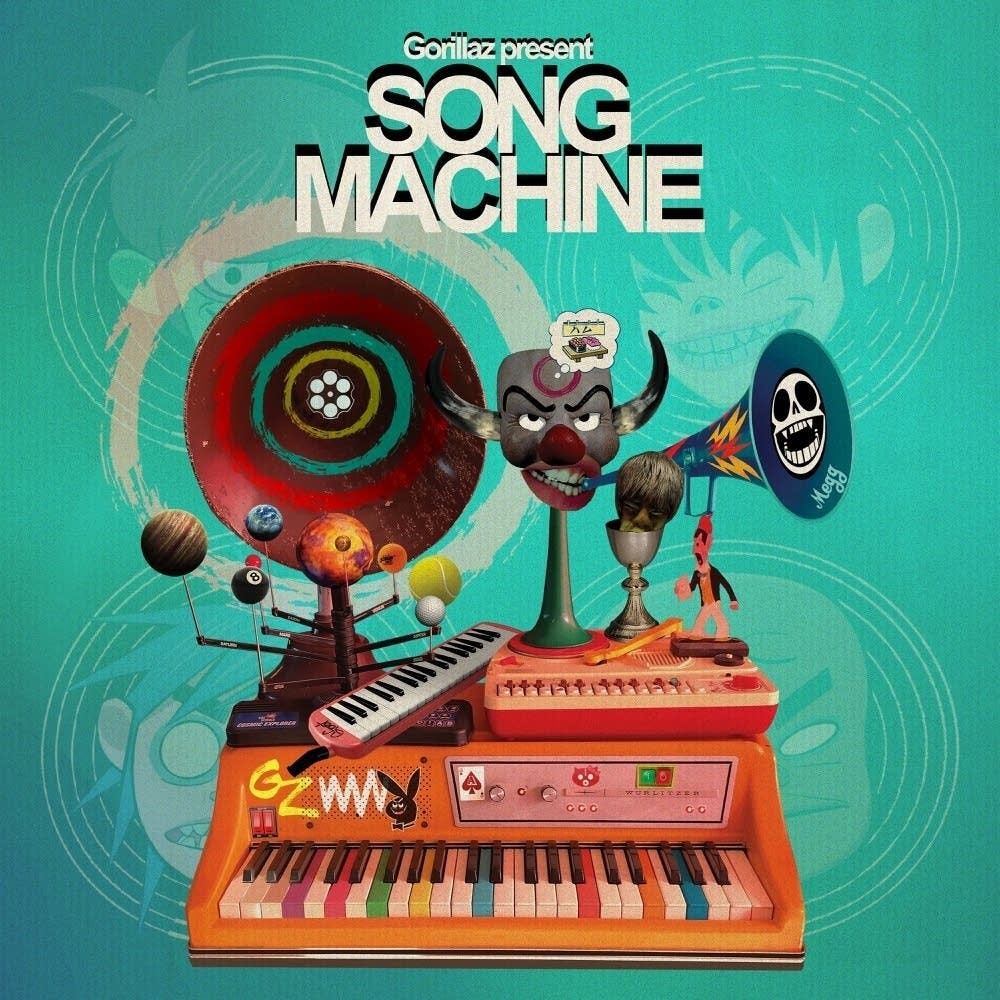 In an age where the once-rigid barriers between virtual reality and real life are becoming blurred, Gorillaz’s new album, “Song Machine, Season One: Strange Timez,” sits on the precipice of what albums of the future may begin to look and sound like.

In 1998, British singer Damon Albarn and graphic artist Jamie Hewlett createdGorillaz, a band that consists of four virtual “members”: Stuart “2D” Pot, Russel Hobbs, Noodle and Murdoc Niccals, all of whom are voiced by varying real-life musical artists. The band is known for its juxtaposition of visual art in music videos released on YouTube which form a continuous story plot for the virtual members, and for its funky, new-age electronica beats.

The album itself might be one of the strangest, yet most appealing forms of audiovisual entertainment I have ever witnessed. The music varies quite significantly in length and styles between songs, and every song has a varied number of guest artists. These vary from lesser-known world music artists like Fataumata Diawara featured on “Désolé” or Skepta on “How Far?” to Grammy award-winning artists like Beck on “The Valley of the Pagans” and Sir Elton John on “The Pink Phantom.”

Gorillaz, known for their danceable, electronic beats, have kept with that tradition with several songs that tap into their idiosyncrasies.  For instance, the album’s fourth track “Pac-Man” consists of an unmistakably characteristic  groovy bassline that echoes past hits like “Dirty Harry” and “Feel Good Inc.”, accompanied by the sick flow of the ever-talented ScHoolboy Q.  Some songs, however, stray away from Gorillaz’s distinctive style. With its aggressive guitar line and violent lyrics reminiscent of bands like the Sex Pistols, “Momentary Bliss” (featuring slowthai and Slaves) partially delves into the realm of mid-’70s punk. On the other end of the spectrum, the album also includes songs like “Chalk Tablet Towers” (featuring St. Vincent) which consist of pop elements like light, tangy guitar and a simple but addictive beat.  The virtual group manages to navigate these genre changes very successfully. Despite the dramatic changes in tempo, style and lyrical content throughout “Song Machine,” nothing feels out of place.

In other words, there’s a song for everyone and their mother on this pleasantly chaotic album, but that’s just the beginning of why it could be a game-changer for albums to come. Each song comes with its own “episode,” released about once a month since January 2020. So far, seven of the album’s 17 songs have had episode releases on YouTube and the band’s website. Each episode is a mix of real-life clips, mostly of the given track’s featured artists and the band’s animated members interacting with the real world. Episodes are vaguely chronologically related to each other, but they generally all have their own independent storylines. For example, “Episode Three” features the song “Aries” and shows bandmates 2D and Murdoc on a motorcycle driving through the streets of Morocco, its streets in an inverted color scheme. During the ride, Murdoc tries to inject the ignorant 2D with an unknown serum.

The episodes also coincide with a number of “Machine Bitez,” small improvised audio sessions with the virtual members of the bands and the featured artists. These clips were used as teasers before each episode release and included on each single that dropped in the months leading up to the album. Filled with slapstick humor and rather childish jokes, listeners get a  sense of the group’s ragtag dynamic and distinct personalities.

These nontraditional music videos, paired with Gorillaz’s unique music ideology, provide a very entertaining and artistically fulfilling insider view to the alternate reality that the Gorillaz characters live in. Because of this, as the album name suggests, “Song Machine, Season One: Strange Timez” presents itself not as an album, but as a multifaceted series, almost like a TV show, that changes the fundamental way that albums could be presented. Personally, I think this album is the future of music.

“Song Machine, Season One: Strange Timez” is available on all major music streaming platforms, and the episodes associated with each song can be found on YouTube or the band’s website, gorillaz.com.