Jack Fox punts his way from the Owls to the Lions 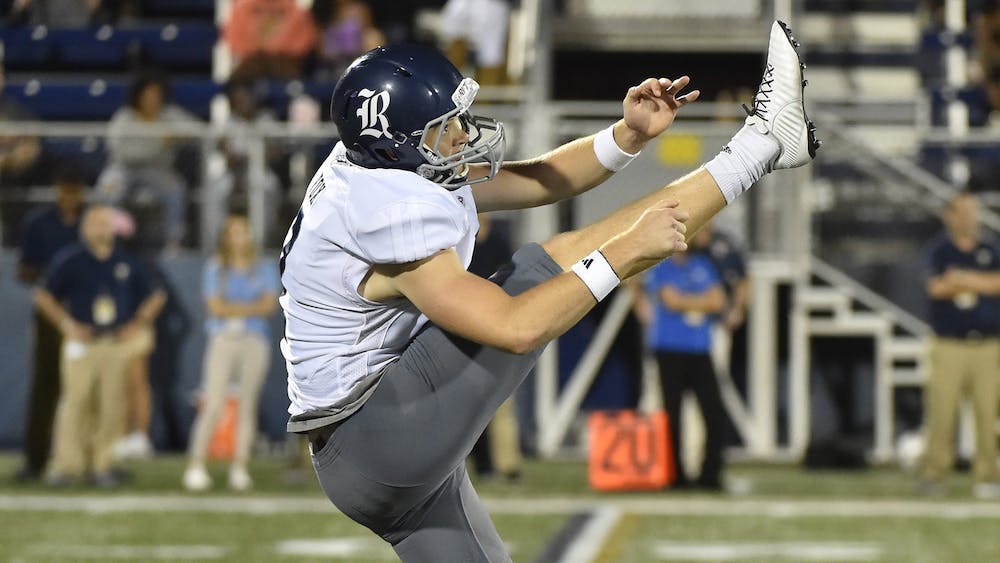 Although their season has not started yet, one bright spot for the Rice Owls football program has been former Rice punter and current NFL player Jack Fox. As the starting punter for the Detroit Lions, Fox has made waves in football due to his performance so far this season. An undrafted rookie, Fox is a star for the Lions, impressing football fans and pundits across the nation.

Taking the league by storm with his thunderous punts, Fox was awarded the NFC Special Teams Player of the Month in September and is the first Lions punter to ever win the award. His play has also impressed the statisticians at Pro Football Focus, a website dedicated to football analytics. Fox is currently rated at 93.6 out of 100 for his play so far this season, making him the fourth highest ranked of all players in the NFL. Pro Football Focus also awarded him a spot on their All-Pro team at the quarter mark of the season, as he is ranked first among all punters around the league. Fox credited his competitive drive for his success.

“[My] work ethic and being a competitive person definitely played a part [in my success],” Fox said. “Ever since I was a young kid, my fear of failure and always wanting to win has pushed me to always work hard.”

Throughout the first four games of the young season, Fox has posted some impressive numbers for the Lions. Fox’s punts have averaged a distance of 53.4 yards per punt so far this season, the best in the league. If Fox continues his blazing start to the season, he could potentially break the NFL record for average yards per punt in a season. Currently set at 51.4 yards per punt, the mark hasn’t been eclipsed in the 80 years since Hall of Famer Sammy Baugh set it in 1940.

Despite his noteworthy start in the first four NFL games of his career, Fox’s position as a starting punter for the Lions was never guaranteed to begin with. In fact, Fox and his teammate Arryn Siposs battled for the starting job prior to the start of the season. Lions special team coordinator Brayden Coombs said before the season that, “[the competition between the two] is really neck and neck … they’re going to make it really hard on us.” Fox went on to beat Siposs to take the starting spot, and is poised to become the Lions’ starting punter for years to come.

A St. Louis native, Fox punted for the Owls from 2015-2018. As a freshman, Fox played as a kicker, handling mainly kickoffs and extra points. It was in his sophomore year that Fox became the team’s punter. In 2016, Fox punted 75 times for a total of 3,051 yards, averaging 40.7 yards per punt. However, as Fox grew into his position, his statistics improved significantly. His junior year, Fox punted the ball 57 times for 2,520 yards and averaged 44.2 yards per punt. This ranked first among all punters in Conference USA, and Fox was named to the All-C-USA second team. When reflecting on his time in the NFL, Fox attributed some of his success to the coaching he had at Rice.

“I got really lucky with two great coaches [at Rice] that really cared about their players academically and emotionally,” Fox said. “[Former Rice head coach David] Bailiff instilled confidence in me. When Coach Bloomgren got here, it was time for me to prove it and he pushed me to keep on getting better and better”

Fox’s senior year was his best yet, punting 80 times for a total of 3,636 yards, which led the entire NCAA in total punting yards. Subsequently, Fox was awarded the C-USA Special Teams Player of the Year and named to the First Team All-C-USA.

After his senior year, Fox was not selected in the 2019 NFL Draft and was signed by the Kansas City Chiefs as a free agent. After a summer with the team, Fox was waived during roster cuts and did not make the team’s final roster. However, after an injury to the Chiefs’ starting punter, Fox briefly re-signed to the team’s practice squad and was subsequently released. After being released by the Chiefs, the Lions signed Fox to their practice squad, where he remained before being named their starting punter earlier this summer.