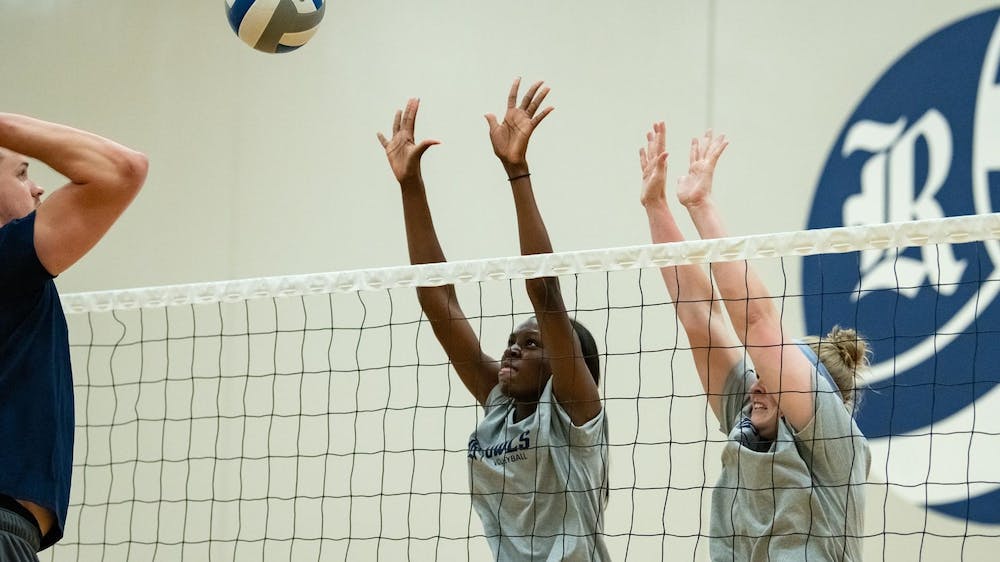 In a normal year, Rice’s volleyball, soccer and cross-country teams would all be in the midst of their seasons right now. Instead, due to schedule changes, cancellations and postponements, they are currently preparing for their respective upcoming seasons amidst an unprecedented level of uncertainty.

It’s been 334 days since the Rice Soccer team last played an official game. The game, a 2-0 loss in the second round of the Conference USA tournament to eventual champions from the University of North Texas, occurred months before the COVID-19 pandemic would throw the entire college sports world into limbo. Since then, the team has gone through an offseason of schedule changes and uncertainty, culminating in C-USA’s late-August announcement that all sports aside from football would be postponed until the spring. As of now, their season isn’t set to start until Feb. 4, another 120 days from now.

“It’s definitely been a roller coaster over the past few months,” senior forward Haley Kostyshyn said. “Coming in, [in] early August, we were training to have a season in the fall. [That] quickly changed, which was really hard to wrap our heads around.”

Since the postponement, the soccer team has been attempting to adjust to the new schedule. According to head coach Brian Lee, the team shifted from preparing for games in August to their offseason training program, and eventually to a preseason training routine.

Currently, the team is training eight hours a week, including on-field training sessions twice a week, and strength and conditioning work for the rest of the week. The sessions are modified to meet COVID-19 safety protocols, including the use of masks. In mid-October, the team will transition to a 20-hour week training schedule, which will continue until Thanksgiving break.

Volleyball, on the other hand, faces challenges of their own. The sport is played indoors, and it is harder to maintain physical distance while playing volleyball than it is while playing soccer. According to head coach Genny Volpe, the volleyball team is currently in what she referred to as their “fall offseason” program. This has consisted of modified workouts that maintain physical distancing measures, and require players to wear masks. According to Volpe, these constant adjustments have forced the team to adapt.

“I think one of the biggest adjustments is just realizing that things can change in a minute,” Volpe said.

According to junior middle blocker Anota Adekunle, the team is embracing the challenge.

“We’ve accepted this challenge head-on and we’re using it to better not only our game but our connection as a team,” Adekunle said. “With our season in the spring, we’ll have even more time to continue to work together and find new ways to adapt.”

The volleyball team is coming off of a season that saw them finish No. 24 in the country, according to the American Volleyball Coaches Association’s final poll of the year. While the postponement may seem like a roadblock as the team looks to build off of that success, Volpe said that the longer offseason has helped the team in a number of ways.

“Since we lost a big senior class, [the postponement] has really been quite helpful for our newcomers,” Volpe said. “They are having more time to adapt to college classes, workouts and learning our system.”

Volpe also said that the constant change has even helped the team’s mentality.

“I think that this experience has put things in perspective,” Volpe said “We do not take anything for granted. The grind of practice, working out, conditioning, all of it.”

“From a training perspective, we are both preparing for the next few weeks and for months from now,” Warren said.

The women’s cross-country team is handling this unusual schedule slightly differently. According to head coach Jim Bevan, the team is still not certain that they will participate in the C-USA meet, so they are just trying to stay ready.

“We’re taking care of what we can take care of,” Bevan said. “[But] fitness is fitness.”

Bevan said that training has been different than it would in a normal year. The team has been meeting three or four times a week since early September.

In addition to the use of masks, the team has been running in groups of two or three, instead of running in large packs as they normally would. He also said that they’ve modified their training to accommodate the altered schedule.

“We have been training, but training at a little more moderate volume and intensity than we would’ve been, had we had meets in September and [October],” Bevan said. “It’s kind of a modified version of what we’d normally be doing.”

Despite all of the changes and uncertainty, each team must still prepare for their upcoming seasons.

According to Kostyshyn, the best way to do this is to focus on one day at a time.

“Even though there is uncertainty going forward, as a team we are just taking it one day at a time,” Kostyshyn said. “Every day that we get to practice is a day to get better and that’s all we can ask for right now. When the time comes that we get to compete, we’ll be ready.”