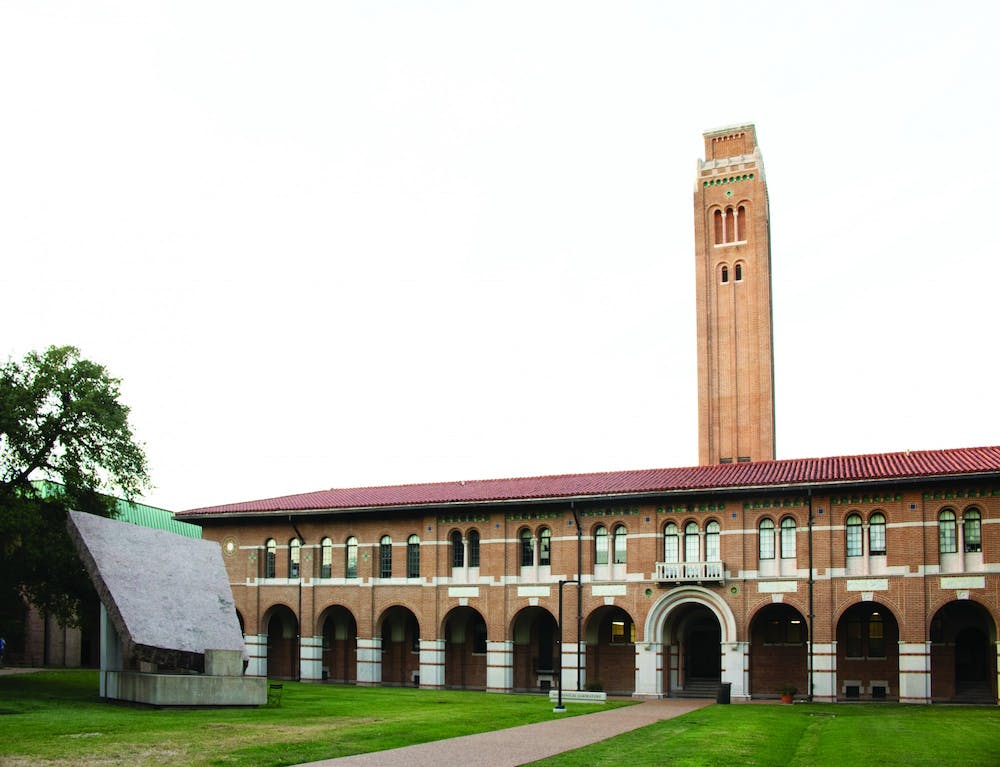 The Welch Foundation was founded in 1954 after the death of Houston oil, gas and minerals investor Robert A. Welch and funds chemical research at institutions in Texas.

The Welch Institute for Advanced Materials will support the foundational research responsible for discoveries in material science, according to Adam Kuspa, president of the Welch Foundation.

“There’s lots of companies that want to turn discoveries into useful products,” Kuspa said. “That’s sort of the tail end of research. The whole point of the Welch Institute is the level of investment in the other end of that pipeline, if you will, the very beginning, the discovery aspect.”

Vice Provost for Research Yousif Shamoo said that undergraduate and graduate students will have the opportunity to perform research at the Welch Institute.

“The closest campus example might be The Baker Institute,” Shamoo said in an email. “Other examples of elite collaborative research institutes are the Salk Institute in San Diego and Broad Institute in Boston.”

The establishment of the Welch Institute was announced on Sept. 2, and featured speakers including President David Leebron and Materials Science and Nanoengineering Department Chair P.M. Ajayan. Peter Dervan, chair of the Welch Foundation scientific advisory board and Mayor Sylvester Turner also gave comments remotely at the announcement.

The Welch Foundation has made gifts to Rice University in the past, including endowed chairs of the chemistry department and research grants given to individual researchers at Rice.

Kuspa said that in the previous sixty years, the Welch Foundation has given almost exactly $100 million to individual chemistry researchers at Rice, almost matching the single $100 million gift given last week.

“It will also be the foundation for economic growth and the establishment of new technologies, new industries and new companies,” Leebron said at the announcement last Wednesday. “Our aspiration is for Houston to be a leader in bringing new materials to all of these fields.”

“It is a great honor to have been chosen as the flagship institution for leading the charge toward the development of revolutionary next-generation materials with potential to change the world,” Li, a Lovett College junior, said.

The current level of investment in foundational research in advanced materials does not measure up to the opportunities to be found in the field, according to Kuspa.

“The opportunity ... seems infinite now because it’s a brand new landscape,” Kuspa said. “We already know they impact everyone’s life. Almost every minute of the day, we don’t think about it.”

Peter Dervan, chair of the scientific advisory board of the Welch Foundation, said that the Welch Institute will add to the research being done by universities and petrochemical industries in the city of Houston.

“My hope is that major private philanthropy and industry will join TWI to create a world destination research laboratory, not unlike past great engines of innovation for America, like Bell labs, DuPont Central Research, and most recently, the Broad Institute at MIT-Harvard,” Dervan said at the announcement on Wednesday.

Kuspa said that Rice is ideally suited to the Welch Foundation’s original goal of the institute, which was to exploit computational science in discovering new advanced materials.

“You can’t dictate discovery,” Kuspa said. “It just happens. So what you have to do, in supporting foundational science, in basic science, is just give money to smart people, and let them follow their imagination.”