Vote for Joe Biden, a candidate tailor-made for this moment 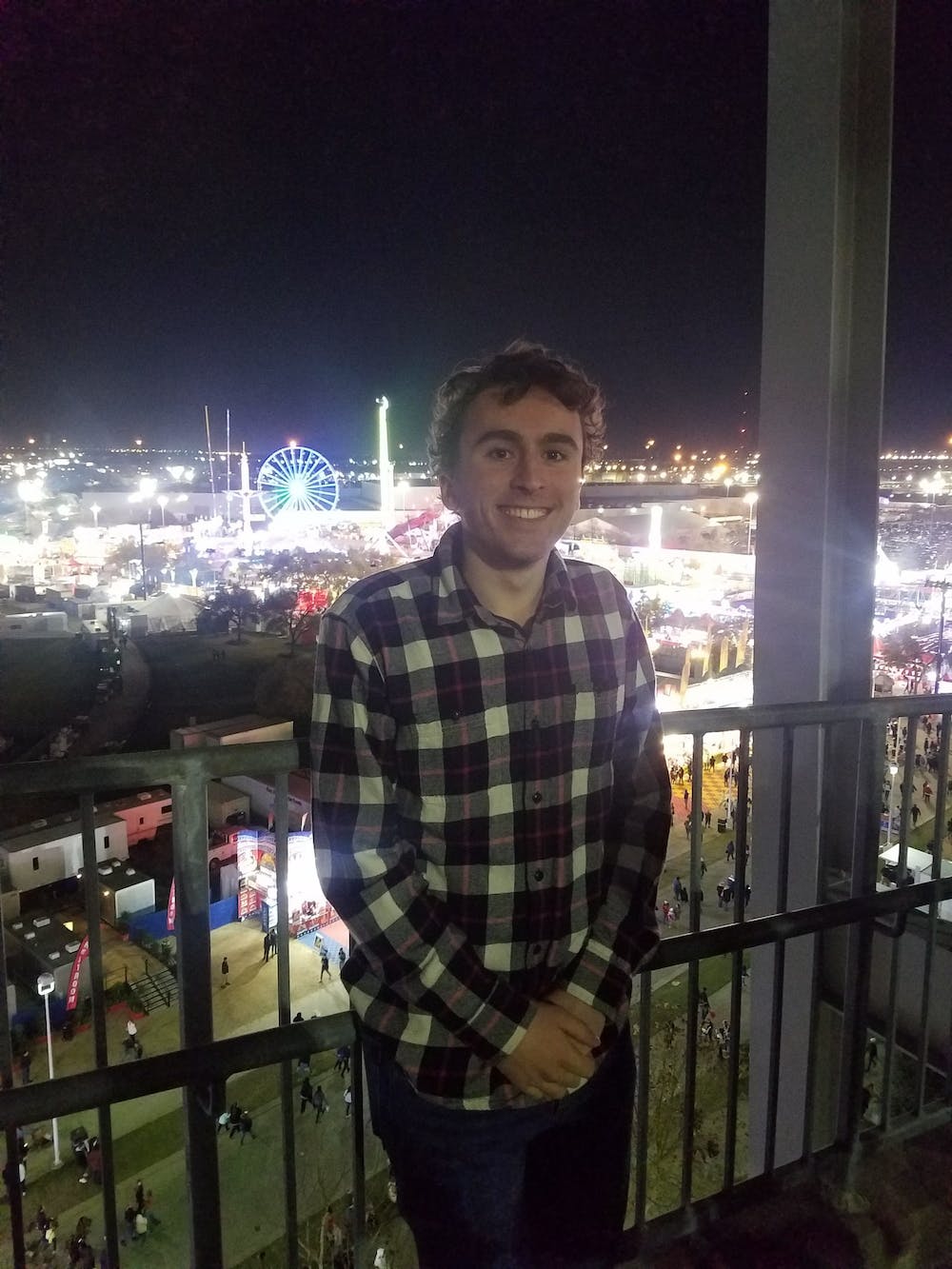 Like many Rice students and faculty, I was incredibly invested in this year’s Democratic primary, watching it with anticipation as a candidate I loved was counted out by seemingly all of the so-called experts. Unlike many Rice students, I was pulling for Joe Biden. I know that many don’t share my enthusiasm for Joe and that’s totally understandable. He’s definitely more centrist than some may like and, similar to anyone who has been in politics, he’s certainly made some mistakes. However, give him a chance — he’s exactly the president America needs right now.

Joe Biden’s compassion, especially for those who are grieving, is the key reason why we need him in the White House. He truly comforts people in a way very few can, and at this moment we all need comfort. Everything I read about Biden mentioned this gift, but personally experiencing the effects of his words really deepened my support for him and proved to me he is truly the leader our country needs in this moment. About a year ago, my closest friend was diagnosed with an aggressive form of leukemia. I remember watching an interview of Biden's shortly after my friend’s diagnosis where he talked about his son’s battle with cancer. He didn’t speak for too long, but his lessons about how to channel your grief into an effective purpose moved me beyond words. While my friend is thankfully winning his fight with cancer, Biden's lessons and healing helped me get through the hardest time in my life by giving me the strength to hope for the best, prepare for the worst, and channel my grief into honoring my friend in all that I do. He has done this for so many people and his talents are truly needed in a nation that is hurting for a healer.

When you’re grieving, the people that truly connect on a deeper level with you are those that have been through the same experience. Biden knows how to meaningfully help those who are suffering because so much of his life has been defined by tragedy. Shortly after being elected to the Senate at the age of 29, he lost his wife and daughter in a car crash. 16 years later, he had two brain aneurysms that were expected to kill him. In 2015, he lost another child: Beau, to an aggressive form of cancer. Biden has been tested by tragedy and adversity throughout his entire life. Every time, he’s come back stronger. With all of the divisions and flaws in our country, we need someone who will never back down from a challenge. America is starved of compassion right now, especially from our government. Biden is the perfect leader to fight for the compassion we need in this country.

Biden doesn’t just have the heart to lead: He has an accomplished history of governing that will make him an amazing president from day one. Sure, Biden isn’t perfect. Like any politician (especially one that has served for 40+ years), he’s certainly made some mistakes along the way. Biden’s 1994 crime bill still has negative effects among people of color more than 25 years after its passing. He voted for a senseless war in Iraq that has caused over 4,000 American deaths. But while all leaders make mistakes, the truly great ones are able to admit when they’re wrong and learn from their mistakes to become better people. And through his dovish views on military power since joining the Obama White House and his support for the elimination of cash bail and mandatory minimums, it is clear that Biden can change and admit his mistakes if he thinks doing so would help the American people, an attitude we are missing in the current White House.

While Biden’s senatorial record has some dark spots, that doesn’t change the fact that he improved the lives of countless Americans during his time there. From passing the Violence Against Women Act which helped decrease the intimate partner violence rate by 64 percent to getting assault weapons banned for 10 years, Biden accomplished a great deal during his time in the senate. And, most importantly, he did it all in a bipartisan way. He frequently built relationships across the aisle to accomplish his goals, bringing the kind of unity that will allow America to heal. Given our current political climate, being bipartisan isn’t the popular course to take. But there are a lot of deep, systemic problems in our country. Our earth is on fire. Our education system is a mess. We have overwhelmingly failed people of color, especially the Black community, since before our nation's founding. To permanently solve these problems, both sides have to come together and agree on lasting solutions that will endure no matter who controls the White House. People who disagree with us aren’t misinformed or heartless. They’re usually just people who have different judgments on how to solve certain problems. And if we want to have any hope of creating a more welcoming future, we all have to work together. Biden understands this better than anyone, which makes him the ideal candidate for this moment. I hope you will join me in casting a ballot for Joe Biden this fall as the first step towards a better future for all Americans.

Re-return to campus — but to what end?

The first wave of COVID-19 erupted in the U.S. in early 2020. Rice responded quickly: During March 9-15, classes for the week preceding Spring Break were canceled, students were instructed not to return to campus after Spring Break, and instruction after Spring Break was made fully remote. This quick reaction to the pandemic was typical of many organizations and localities all around the country, as it became clear that social distancing was then the only effective way to slow down the spread of the disease. This seems to have worked and, by early May, the first wave was somewhat subsiding. The Rice administration then tasked the Academic Restart Committee with the mission of “Return to Rice.”

To be sure, a poetic analogy between music and our differences will not resolve any issues directly. It can, however, remind us of our shared humanity. It can get us back in touch with our nature as social animals. It is a nature that is often oppressed by the individualism in our capitalistic society that encourages competition, putting too much focus on the dissonances for our own good.

From the art director's desk: Hobbling through a goodbye

I stumbled into the Thresher office as a freshman who was determined to go to medical school. Three years later, I’m stumbling out of the office, just as clumsily, as a senior who is pursuing design because of Thresher.