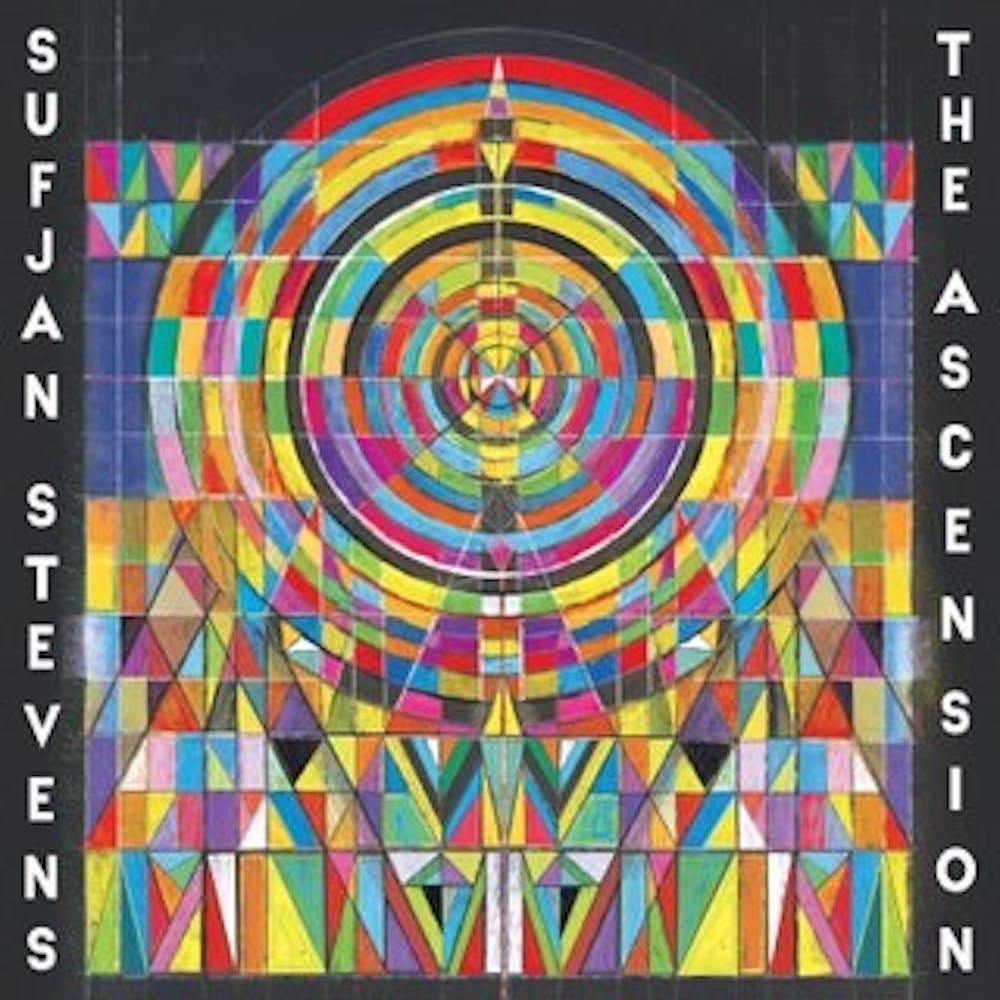 Top Tracks: “Video Game,” “Goodbye To All That,” “Ativan”

Even Sufjan Stevens, known for his gentle voice and poetic lyrics layered over simple acoustic guitar, could not help but bow to the wave of technological dependency required of everyone living and working during the COVID-19 pandemic. His new album “The Ascension” starkly contrasts his previous works with the addition of what seems to be MIDI keyboard beats and electronically altered vocals paired alongside his classic angsty lyrics.

Despite this leap from stripped down, indie folk normalcy, the album is still obviously the work of Sufjan Stevens, most notably due to its lyrics. “Video Game,” one of the singles released ahead of the album, is a prime example of Stevens’ natural talent in translating the process of growing up into floating poetic lyrics. The song is about no longer wanting to be taken advantage of and then be disposed of, hence the title’s reference to something often used and quickly forgotten: “Video Game.”

The entirety of the album roughly echoes this somber, jaded theme, with a few exceptions made for songs almost or entirely devoid of lyrics. In each song, he expresses a deep longing for seemingly unattainable change, like a fish in a rushing river desperately trying to swim upstream but failing to do so. Melancholy is the name of the game, and if there’s anyone that knows a thing or two about melancholy, it’s Sufjan Stevens.

However, the album tends to get repetitive. The entire album is almost an hour and a half long, with its shortest songs being “Ursa Major” and “Lamentations” at three minutes and 42 seconds, and its longest song being the final track “America” at a whopping 12 minutes and 29 seconds. The length of the album, paired with its purposeful indiscernibility and blending transitions between songs, makes it a bit of a challenge to listen to the entire project in one sitting. No song is especially different than any of its siblings and generally, each song follows the same basic structure of a MIDI lead-in followed by a simple beat, both of which repeat as Stevens’ vocals float about without any real sense of chorus or verses.

Judging from the lyrics, however, it does seem that the aimless character of “The Ascension” was composed on purpose. Each song expresses frustration at the doldrum of life, the constant grinding of the wheel approaching no end or beginning, and the album’s make-up mirrors this. The songs of the album have their own inertia and much like the wheel of time Stevens expresses his concern over, they move with the motion set in place by their predecessors.

Despite this possibly purposefully repetitive aspect, Sufjan Stevens’ new album, “The Ascension,” is a fabulous listen for those with a little extra time on their hands and an appreciation for the melancholy of aging.

“The Ascension” is available on all major music streaming platforms.