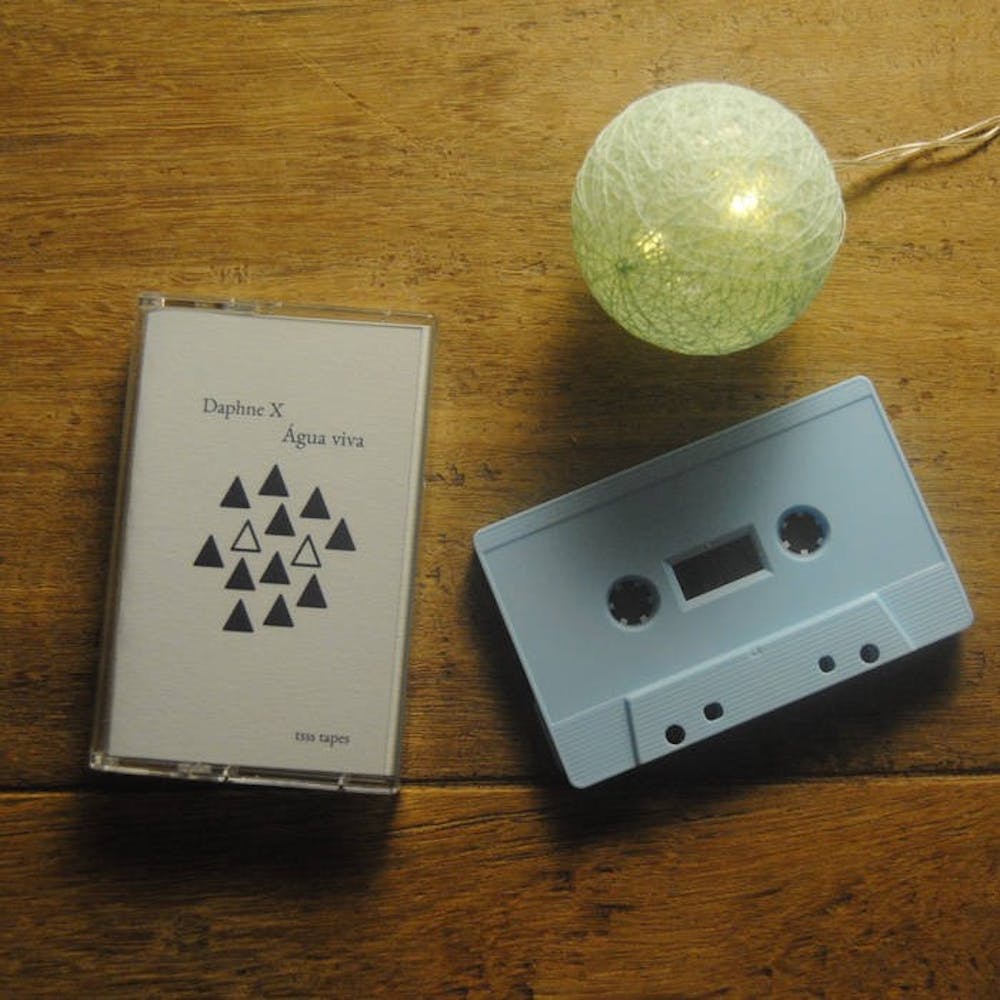 You have to listen to "Água Viva" on headphones — it's the intended experience. The textures on this album are sonorous and immaculate, and Greek sound artist Daphne X weaves them into a membrane that fully encloses the listener's auditory space. In doing so, she offers a welcome escape into a world that facilitates the spatial and environmental awareness so often missing from our lives in quarantine.

Italian label tsss tapes, who put out "Água Viva" earlier this month, have only been at it for a couple of years. But they've already built up a breathtaking catalog of releases that spans the gamut of contemporary practices in sound art, field recording and free improvisation. Their namesake is an onomatopoeic rendition of analog playback, the static hiss you hear as the spools of a cassette spin behind the plastic case of a tape deck. It's a sound you get used to pretty quickly.

However, the artists on tsss tapes' roster don't ignore or obscure what we filter out habitually as white noise — rather, they put it front and center. They sculpt vibrant percussive motifs and textures from thumping, popping, clipping, feedback and other recording accidents. They make use of bowls, jars, plastic bags, tin foil and other household objects, crafting a deeply personal lexicon out of mundane noises that we tend to barely notice. No lines are drawn between the intentional and incidental, and performances blend together with birdsong and the din of passing cars. Each new tsss release reminds me that microphones aren't neutral characters; recording can be a transformative process, more than just documentation of pre-existing material.

Daphne X takes this potential for metamorphosis and commits to it religiously on "Água Viva." Across four tracks, she arranges close-miked samples of water on polyester, metal and skin to concoct sound worlds that feel both alien and exceptionally intimate. Like many of her labelmates, she draws inspiration from everyday noises and objects. But she doesn't just magnify and juxtapose these sounds — she puts them under a microscope, showing us a universe that's equal parts native and otherworldly.

Snippets of static pitter-patter throughout the record, beginning with the opener, "First the Thirst." Sometimes, they're so close that they almost touch your ear (ASMR is a good point of reference). The crackling ambience that pervades "Água Viva," however, doesn't induce a somnial trance. Instead, it sharpens awareness of the aural environment and sets the stage for other, more discrete textures.

On "First the Mouth," splashes of water on metal resonate and reverberate like miniature gongs, approximating some pitch before dispersing into the ether. These faded resonances linger, and at moments, their overlapping produces faint, ghostly illusions of harmony. The following track, "First Both," abruptly inverts the open, airy feeling of the first two; a steady, inarguable pulse entraps the listener, and everything sounds as if it's traveling through water — the claustrophobia is palpable. It's an apt preamble to "Now Either," which synthesizes the sonic vocabulary the album has presented thus far, albeit with more jittery loops, ominous variation and less patience. While I don't want to say too much about how it all shakes out, you have my word that the ending is well-earned, and not without catharsis.

This might sound a bit weird, but I sometimes like to listen to "Água Viva" right after a Zoom call. By this point, the majority of us have been in enough video calls and virtual classes to know how frustrating the audio can be: Voices cut out and get diced into eight-bit Auto-tune, and the silence in between them is a dead vacuum that in no way simulates the silence of a room. I miss the noise of people moving in chairs, the monotonous hum of air conditioning; I miss the cracking of knuckles, the rustling of clothes, the sighs, shouts and whispers. I think that's why I find stuff from tsss tapes so refreshing these days. There's no filter, algorithmic or conceptual, dictating what's worth hearing and what isn't. It's all essential to me, and when midway through "Água Viva," I catch a dog barking amid the static and sputter, I hear Daphne X telling me she feels the same way.

"Água Viva" is available to purchase and stream now on Bandcamp.