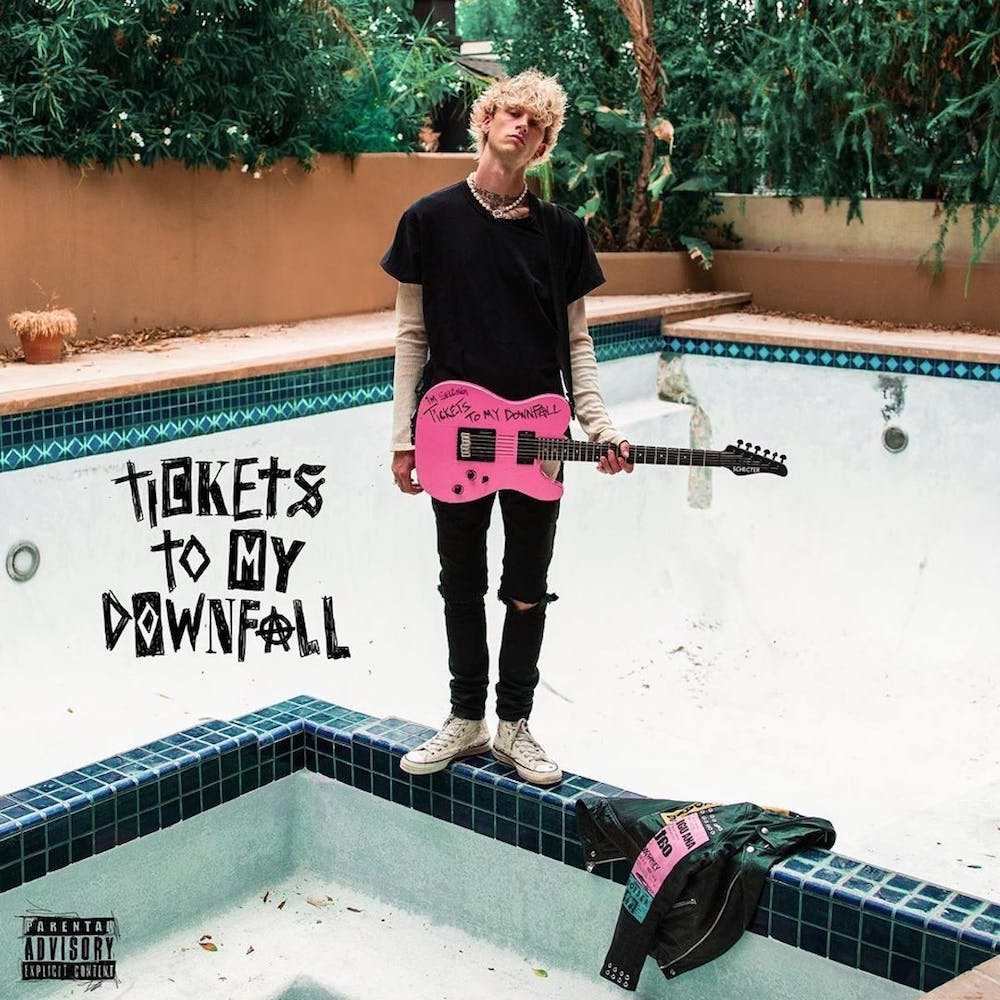 Well, Machine Gun Kelly has saved pop-punk by releasing a mostly fun, occasionally heartfelt collection of pop-punk tropes labeled as songs in his latest album, “Tickets to My Downfall.” The project ambles along in mediocrity, but high points show the enormous potential of the pop-punk genre being adapted for 2020, proving the timelessness of angst.

Pop-punk suits Richard Baker (aka Machine Gun Kelly, aka MGK) much better than his past genre of hyperaggressive, fast rap. MGK has previously espoused pop-punk themes of self-hate and destructive relationships, but did it in a way that exhausted instead of energized the listener (remember that “Bad Things” song?). Pop-punk forces MGK to cut down the word count, which stops him from dropping as many clunkers as he has in the past and allows his charisma to shine through emotive singing. On top of that, MGK’s white anger is better channeled through the semi-sarcastic, overdramatic pop-punk genre as opposed to the self-serious and threatening rap he once produced. On this album, it’s understood that his references to punching through the wall are hyperbolic while his past albums seemed far too literal.

That said, it’s clear that this is Baker’s first dalliance with pop-punk. The executive production of legendary Blink-182 drummer Travis Barker keeps strong bona fides, but each song feels like a pastiche of musical cliches — with the midpassed vocals (“Concert for Aliens”), the four-note guitar solo (“Bloody Valentine”), the palm-muted picking (“Forget Me Too”). This doesn’t make the project less genuine, just more derivative than boundary-pushing.

However, MGK’s experience with hip-hop brings out interesting fusions that have the potential to push the pop-punk genre forward. Trap-style hi-hat cymbals bring grit to pop-punk riffs, engaging the listener and making lyrics bounce off otherwise generic instrumentals. The addition of interludes, which are both common and loathed in the rap world, humanize MGK via high conversations with friends and a genuinely sweet rumination with his current beau, Megan Fox (blast from the past! I know!). On top of that, the hip-hop guests, specifically Trippie Redd and Iann Dior, chart a path for more rap/pop-punk crossover that could explode into the mainstream any second.

At the end of the day, though, “Ticket to My Downfall” is a pop-punk album and derives its successes from the two key pillars of the genre: bombast and sincerity. The contradiction is obvious, but also critical. Pop-punk straddles the line of catchy fantasy (think “Dear Maria, Count Me In” by All Time Low) and brutal confession (think “I’m Not Okay (I Promise)” by My Chemical Romance), and MGK reaches for both on the album’s highlight tracks. “Bloody Valentine,” “Jawbreaker,” and “Concert for Aliens” ride power chords to earworms, compelling the listener to dance around their apartment and scream into their hairbrush. “Concert for Aliens” deserves special recognition for its beat-for-beat recreation of late-’90s golden era pop-punk, combining multiple melodic parts and harmonies with lyrics that actually say something (“I know you wanted me to go to high school/I dyed my hair, pierced my nostril) into the album’s most perfect moment.

On the other hand, Machine Gun Kelly churns out moments of genuine vulnerability in the later tracks of the album. “Lonely” is MGK’s version of Angels & Airwaves’ classic “Rite of Spring” as he screams to the void how much he misses his father. The simple, reductive chorus becomes a strength, not a weakness, showing that not every feeling has to be complex. Album closer “Play This When I’m Gone” is a classic pop-punk acoustic ballad, never exploding like one might expect, but instead meditating on anxiety, love, and mortality. MGK puts emotion into his raspy voice, salvaging lyrics that could come off as cheesy. This couldn’t contrast more with MGK’s previous album which featured titles like “Sex Drive” and “Hollywood Whore.”

“Tickets to My Downfall” lives and dies by pop-punk, as all the wondrous peaks are offset by many of pop-punk’s inherent flaws. Songs retread the same subject matter, try to pull off the same tricks, and will likely be forgotten by next Friday. Listening to this album is like going to this shitty dive bar I used to go to at Vanderbilt called Piranha’s— you have a decent time but you’re not sure what the point was. Some songs will stick, but there’s a reason that classic pop-punk bands like Sum 41 haven’t released a great album. It’s a genre for songs.

The album’s problems compound when the first three tracks are clearly its worst parts. The trio of songs say nothing or, worse, find MGK ruminating over the tired trope that everyone is against him (everyone thirsts over you on Twitter, dude) or repeating “kiss” over and over again to the point where it doesn’t even sound like a word anymore. Cutting off these tracks would give the album an extra half star and jump straight into the meat of what makes it worthwhile.

I can’t imagine explaining to my 14-year-old headbanging emo self that MGK is the locus for a new generation of pop-punk music. But here we are.

“Tickets to My Downfall” is available on all major music streaming platforms. 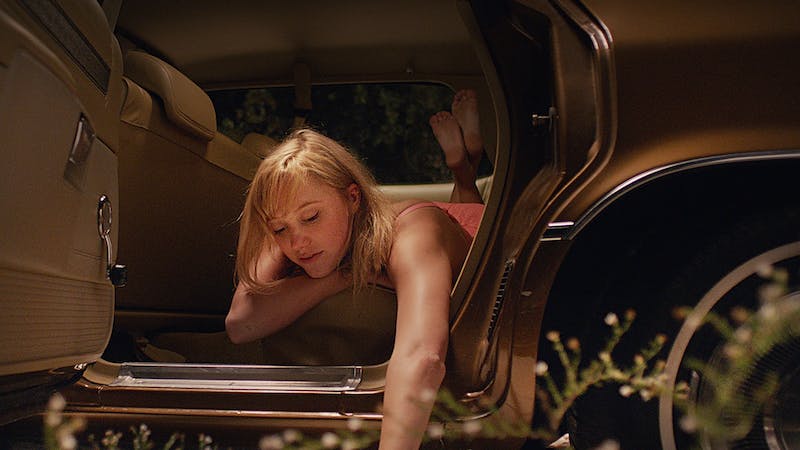