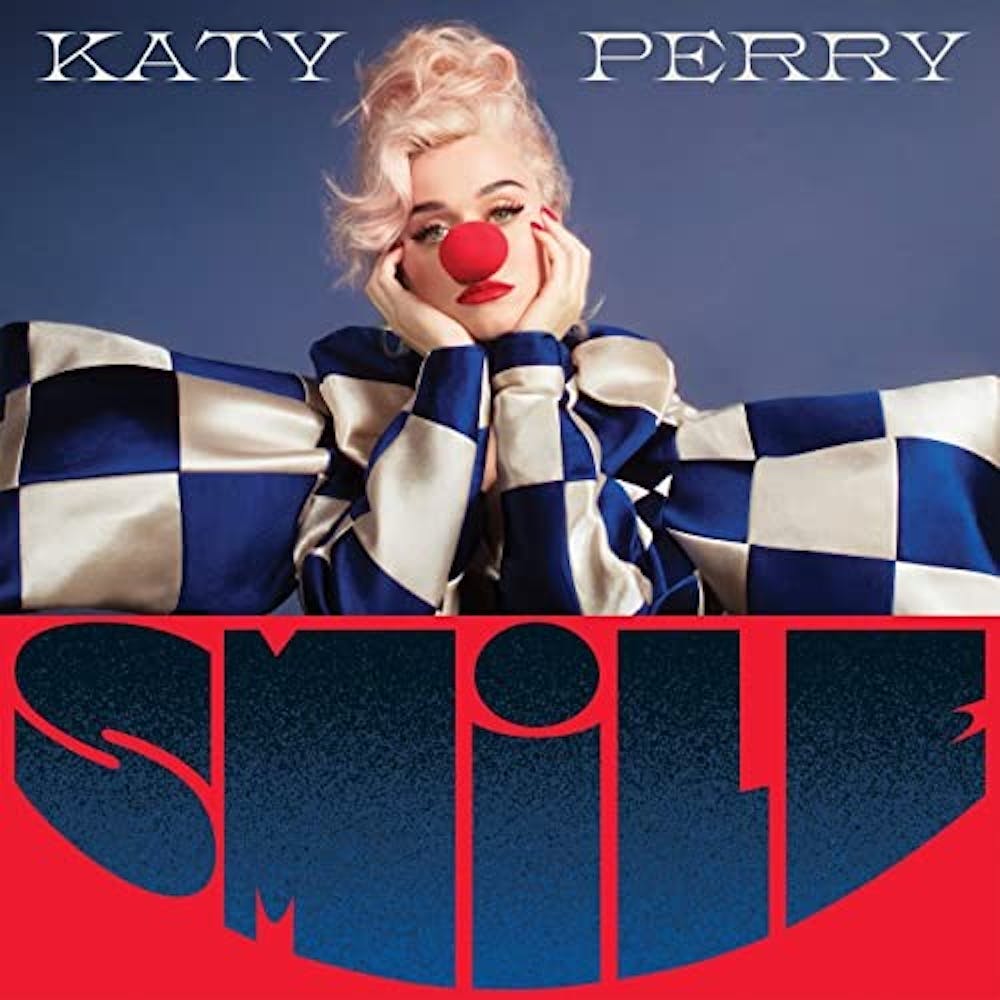 Aug. 24 was the 10th anniversary of Katy Perry’s “Teenage Dream,” her generation-defining pop album. She then delivered her first child on Aug. 26 after an engagement with Orlando Bloom last year, and two days later, dropped her sixth studio album, “Smile.” Her latest album was disappointing, nothing like the Katy Perry you know, and only the third most significant part of her week.

Understanding the lackluster sound of “Smile” requires a little history lesson on Katy Perry’s superstardom. 2010’s “Teenage Dream” carried Perry through a record 69 consecutive weeks in Billboard’s top 10, and a record five No. 1 singles from one album, tied only with Michael Jackson’s “Bad.” Sure, she was already on the scene after 2008 songs “I Kissed A Girl” and “Hot n Cold,” the former becoming a namesake that’s stuck with Perry throughout her career. But her work on “Teenage Dream,” — consistent songwriting, embrace of sex appeal (see: album art, lyrics and music videos) and collaboration with nine producers — yielded a masterpiece that singlehandedly defined the ubiquitous early-2010s pop theme of crazy party culture, being young and living for the night.

But the singles leading up to “Smile” feel completely detached from her established brand. It’s not bad for an artist to go in a new direction, but for the sake of success on the charts, it seemed like a waste for Perry to come out with new songs that are practically void of her signature. We think of her as lounging on cotton candy clouds, far from where problems can reach her, and we sing along to “Firework” whenever we feel like a plastic bag and need to remember our strength. She was likely last relevant at her 2015 Super Bowl halftime performance... where Left Shark was the center of attention. “Smile” has generated nowhere near as much media focus as that meme.

The first single on “Smile,” “Never Really Over” (intended to stand alone but added in the final album), was a radio hit because of Perry’s collaboration with Zedd, a consistent powerhouse in the EDM genre with a knack for nailing pop trends. The song uses a house beat, arpeggiating synth notes (a personal favorite) and propulsive synth chords. However, my appreciation for this standout track was shattered when I found out the song heavily samples “Love You Like That” by Dagny from 2017. They sound incredibly similar, and the only reason there’s no lawsuit pending is because Perry let her know in advance, and Dagny doesn’t have the resources to sue.

“Daisies,” the second single after “Never Really Over,” had me cowering in fear of the deformed sound editing every third time Perry repeated the title at the end of chorus: “They cover me in daisies, daisies, DAISIES.” No to that last one. Barring that, it’s a good song about individuality and perseverance. Title track “Smile” has a well-executed disco-funk sound a la “24K Magic” by Bruno Mars. It’s just different enough to work. But closing track “What Makes A Woman” is a cliché snapshot of femininity with an acoustic guitar opening that sounds ripped straight from Halsey’s “Graveyard.” “Only Love” is a dejected, contemplative song about regrets on time wasted, but I seriously like it even if it’s decidedly Not Katy Perry... yet it sounds like an alternate-universe recording of “These Days” by Rudimental featuring Jess Glynne. Your assumption at this point should be that whatever Perry tried in this album has been done similarly and better by someone else.

Whether these songs sounded good or not, Perry’s new album suffered from a lack of the same personality that made her earlier music instantly recognizable. Without paying much attention to the lyrics, “Never Really Over” and “Daisies” could’ve been sung by anyone, even an uncredited singer, like so much electro-pop by famous producers can be. “Cry About It Later,” “Teary Eyes” and “Not the End of the World” are downers as their titles suggest, and much of the rest of the album also focuses on past missteps, maybe not realizing “Smile” is yet another one of those mistakes. If you want a foray into the album to judge it for yourself, I suggest “Daisies,” “Smile” and “Only Love” as rounded-out examples of its best aspects.

A charitable look at “Smile” sees Perry venturing in a different direction with every other song so she can figure out what she wants to do in future albums. She doesn’t need to chase stardom — she’s carved a place for herself among the greats, and now can make music for no one else but herself. Her Smile Video Series is evidence of her branching out to different methods of self-expression, and the songs as backdrop to the story told by animation allow them to be appreciated in a new way. But a realistic take on the album says Perry figured out her niche early on in her career, and any attempt to encroach on other artists’ domains was never going to work.

“Smile” is available to stream now on all major platforms.