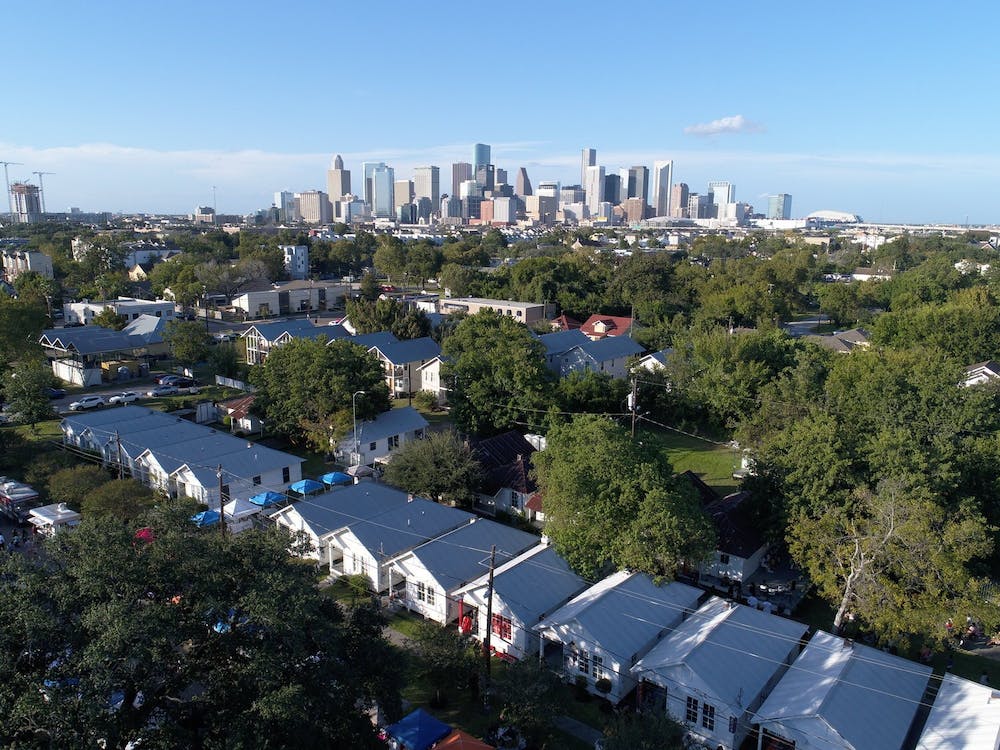 These wards, along with the five existing cultural districts in Houston — the Arts District, Greater East End, Midtown, the Museum District and the Theater District — will continue to use art as a means to empower and enrich their communities, but now with expanded support from the state. The cultural district program strives to both celebrate diversity of culture across the state and encourage local economic development.

“The designation gives them the opportunity for branding the community in a very specific way, both for the residents of that community, for the residents of Houston, as well as visitors,” Necole Irvin, cultural tourism officer at the Houston Mayor’s Office of Cultural Affairs, said. “In the five cultural districts that we had ... we’ve seen [an] increase in activity, whether that’s art activation, whether that is again new businesses that decide to move into a community and others looking at that community as a potential place for events.”

For many of the cultural and educational institutions in these districts, the new titles will bring more recognition for their work and their communities. University of Houston Vice President for Neighborhood and Strategic Initiatives and Project Row Houses board member Elwyn Lee said that he appreciates how culture in the Third and Fifth Wards has grown.

“As a university that sits in the heart of the Third Ward and in close proximity to the Fifth Ward, we recognize the rich and vibrant history, and cultural significance of the neighborhoods that surround us,” Lee said. “No longer hidden gems, these neighborhoods are a destination for arts and civic engagement, and a hub for creativity and innovation.”

The designations come after several month-long application processes led by Project Row Houses in the Third Ward and the Fifth Ward Community Redevelopment Corporation in the Fifth, but the cultural histories which have earned them their new titles have developed over more than a century. The Third Ward in particular was a center of the Civil Rights Movement in the 1960s and has fostered African American media until today. Several Black-owned newspapers and radios originated in the Third Ward, while several entertainers, such as Beyonce and jazz pianist Jason Moran, also grew up in the area.

“In the Third Ward, there is a true sense of liberation,” Irvin said. “Whether it’s the Emancipation Park Conservancy — which [was] one of the first parks in the state, [built on] land purchased by formerly enslaved peoples and gifted to the state — or Project Row Houses [which] was created by seven African American artists to really think about community development and how art can be used in that space.”

Campaigning for the title in the Fifth Ward began in 2018 with a grant from the National Endowment for the Arts, which they used in collaboration with the Community Artists’ Collective, a nonprofit that encourages Black artists through community development and education, and Houston-born artist Mel Chin. The Fifth Ward Community Redevelopment Corporation has also committed to other ongoing projects to spotlight the Fifth Ward’s cultural history, namely the annual Lyons Avenue Renaissance Festival and the Memory Builds the Monument program. Currently, Memory Builds the Monument is working to memorialize Club Matinee, a formerly globally renowned music venue on Lyons Avenue, in a documentary.

“[Lyons Avenue] was this thriving lifeline throughout the community,” said Harrison Guy, the corporation's arts and culture director. “We hope to recreate ... the history of that, and the nostalgia around that street being busy and being a place where lots of businesses were thriving ... so that Lyons Avenue [can] once again become a hub for all of the things that are going to be great in the community.”

An unintended consequence of these economic initiatives, however, will be a heightened struggle against gentrification in these wards. Several organizations, including Project Row Houses and the Fifth Ward Community Redevelopment Corporation, have used art and community culture to tackle gentrification; the Fifth Ward Community Redevelopment Corporation, for instance, allocates affordable housing in the Lyons Village and offers educational services on home ownership. As outlined in a news release last Friday, the community corporation also plans to expand these efforts through the new “Village of the Arts” program, which will provide housing to artists and other community members looking for a creative environment.

“We've been seeing for the last couple of years, a lot of economic movement in both the Fifth and Third Ward. Both of those communities are very close to downtown, and so that brings about issues around gentrification,” Irvin said. “Both the Third Ward and the Fifth Ward have anchor institutions that have ... been engaged in various levels in ensuring that the growth and change that are happening in their communities happens in a very intentional way that is respectful of the history of those communities and the current residents.”

As newly recognized cultural districts, the Third and Fifth Wards will live in a brighter spotlight as they contribute to what Guy describes as the “mosaic” of cultural diversity in Houston.

“The power of this community is that it’s very diverse — not only currently diverse with residents, but its history is diverse, even when you think of it from a cultural perspective,” Guy said. “I think that as new things come about, it's very easy to focus on those new things, but I do think that we should always be paying homage to the true history. And the young people and new people won't know this history unless we preserve it and teach it ... and so that's why I think it's really important. These designations give us an opportunity to focus on remembering.”