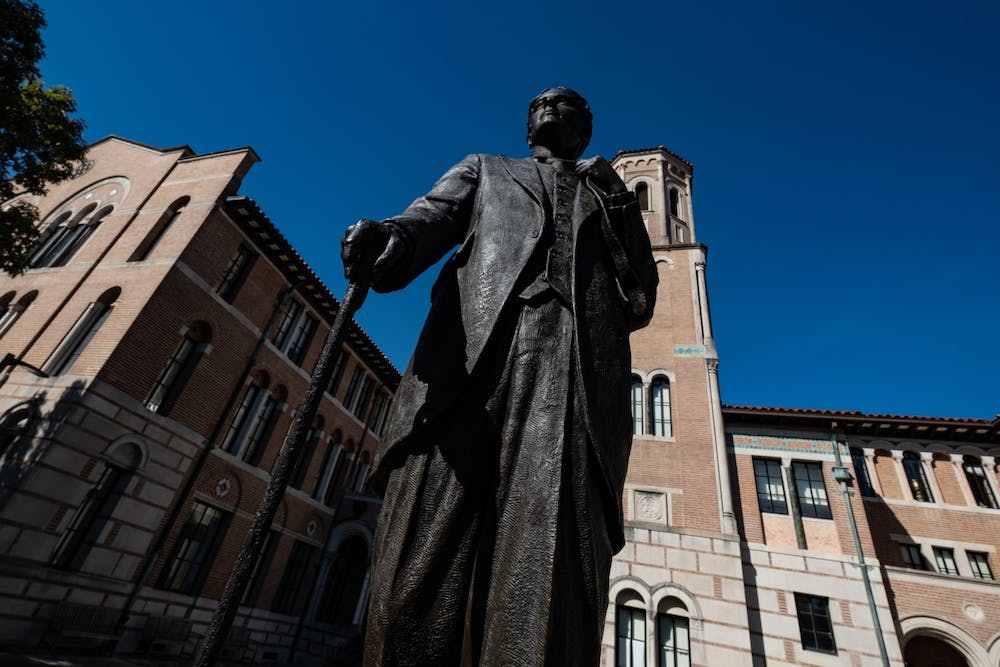 U.S. Attorney Ryan Patrick announced last Wednesday that Rice has paid the United States more than $3.7 million to settle allegations of fraud relating to the use of National Science Foundation research and development grants. Rice officials said that they do not admit any liability or violation of the law, according to the Office of Public Affairs.

“Rice University strongly believes it complied with the law and with the relevant federal rules in all respects regarding this dispute,” Doug Miller, director of news and media relations, wrote in an email to the Thresher.

According to the U.S. attorney’s office, authorities began investigating Rice’s suspected misuse of NSF funds in 2016. The NSF’s Office of Inspector General conducted the investigation into allegations that Rice had used money budgeted for research-related, graduate student stipends to pay graduate students for teaching duties unrelated to the NSF grant awarded. These alleged activities were in violation of NSF award terms and conditions, as well as the False Claims Act, according to the statement.

“As an NSF grant awardee, Rice falsely certified on each proposal, and each time it requested a payment under the grant, that it was complying with NSF award terms and conditions,” the U.S. attorney’s office said in their statement. “These charges were actually used in part for time the graduate students spent performing teaching duties unrelated to Rice’s NSF research and development awards.”

The Thresher obtained a redacted copy of the administrative subpoena that was issued to Rice as part of the investigation from the NSF’s Office of Inspector General (click the image to open file):

Dean of Graduate and Postdoctoral Studies and Interim Provost Seiichi Matsuda did not respond to the Thresher’s requests for comment.

Rice had 215 NSF research grants, as of March 2020, the statement said. A search of the NSF awards database revealed that there were 220 active NSF grants associated with Rice. On a national level, NSF funds support around 24 percent of all federally-funded basic science research at U.S. colleges and universities.

Rice has agreed to pay $3,754,186, which is double the loss to the United States, according to the U.S. attorney’s office. Rice officials said this settlement is a matter of convenience.

“The university has agreed to pay a settlement in order to avoid the delay, uncertainty, inconvenience and expense of protracted litigation with the federal government,” Miller said.

The statement from the U.S. Attorney said that Rice engaged in this alleged illegal pattern of grant misuse between Nov. 18, 2006, through Sept. 30, 2018. The U.S. attorney’s office noted that expenses may only be charged to an award if it was directly incurred in pursuit of the research relating to the grant.

“The NSF is a strong supporter of basic research at colleges and universities,” Lerner said. “However, the agency expects grant recipients to follow the federal cost principles. Expenses charged to grants must be allowable, allocable and reasonable.”

The allegations and claims have now been resolved by the settlement, and there had been no determination of liability made.

[5/5/20 2:00 a.m.] The story was updated with a copy of the redacted administrative subpoena obtained by the Thresher.

Shepherd School Dean Yekovich steps down from his role

Robert Yekovich will step down from his role as dean of the Shepherd School of Music in June 2021, and return to being a faculty member.