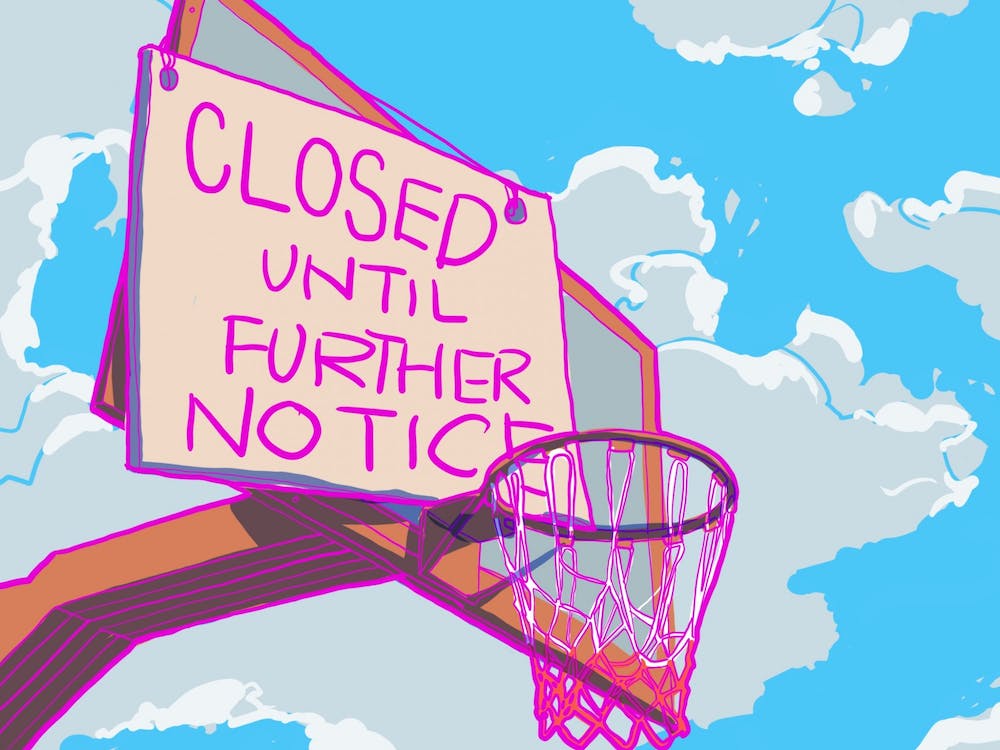 As a result of a new NCAA provision passed on Monday, all collegiate student-athletes who compete in spring sports will be granted an additional season of eligibility.

This decision comes after the NCAA’s announcement on March 12 that all collegiate sports will be canceled for the rest of the academic year due to the COVID-19 pandemic. Senior tennis player Priya Niezgoda, one of the student-athletes affected by the cancellation, had produced a 17-10 record in singles play this season before it was cut short.

“[The NCAA’s decision] was pretty brutal even though we knew it was coming, just because of all the hard work we had put in and the upward trajectory we were on,” Niezgoda said.

Though the NCAA granted spring student-athletes an extra year of eligibility, those who compete in winter sports will not be allowed to play an extra season, despite their seasons being cut short as well. That decision will negatively affect some student-athletes at Rice, such as senior guard Erica Ogwumike. Ogwumike said she had been looking forward to helping the Rice women’s basketball team win the Conference USA tournament and advance in the NCAA tournament.

Some student-athletes, like senior outfielder Bradley Gneiting, said they thought winter sport student-athletes should have been given another season of eligibility. Despite being granted an extra year, Gneiting said he was still disappointed not to continue playing this year.

“It was obviously very heartbreaking because I have been at Rice for the last four years and [have] put a lot of work into the program,” Gneiting said.

Gneiting and senior infielder Braden Comeaux also said they feel that the Rice baseball team could have rebounded from a start which included two wins and 14 losses.

“Obviously we got off to a bit of a rough start, but it felt like the last couple of games we were starting to come around,” Gneiting said.

Senior jumper Michelle Fokam, who earned the Conference USA Female Field Performer of the Meet at this season’s C-USA Championships after she finished first and second in the conference in the triple jump and long jump, respectively, has been especially affected by the pandemic. Fokam was on her way to the NCAA indoor championships when she found out that the championships and the rest of her collegiate track season had been canceled.

Fokam said she had been hoping to compete in the Summer Olympics in Tokyo this summer, which have now been rescheduled for the summer of 2021. While Fokam said she was sad initially, she is glad that the International Olympic Committee made the decision.

“I’m really glad they made the decision just for the health of others,” Fokam said. “It’s really dangerous to bring a whole bunch of athletes, in different disciplines, from around the world all together living in one village if we are to make the Olympics given that there was a pandemic going around the world.”

Fokam said she is glad she will have more time to prepare for the Olympics in 2021 since most collegiate tracks around the U.S. are closed right now due to the virus.

Despite the news about the NCAA granting another extra year of eligibility to all spring student-athletes, a variety of factors still make the decision difficult for some student-athletes. According to Gneiting, he would immediately return if the only factor was baseball.

“I haven’t quite decided yet,” Gneiting said. “You have to take in other factors.”

Gneiting added that he still has to decide whether he will return to Rice to pursue a master’s degree, in addition to some other factors.

Spring senior student-athletes will have time to decide whether they want to return for another season in their respective sports as they wait out the coronavirus pandemic and think about the various personal, academic and athletic factors involved.