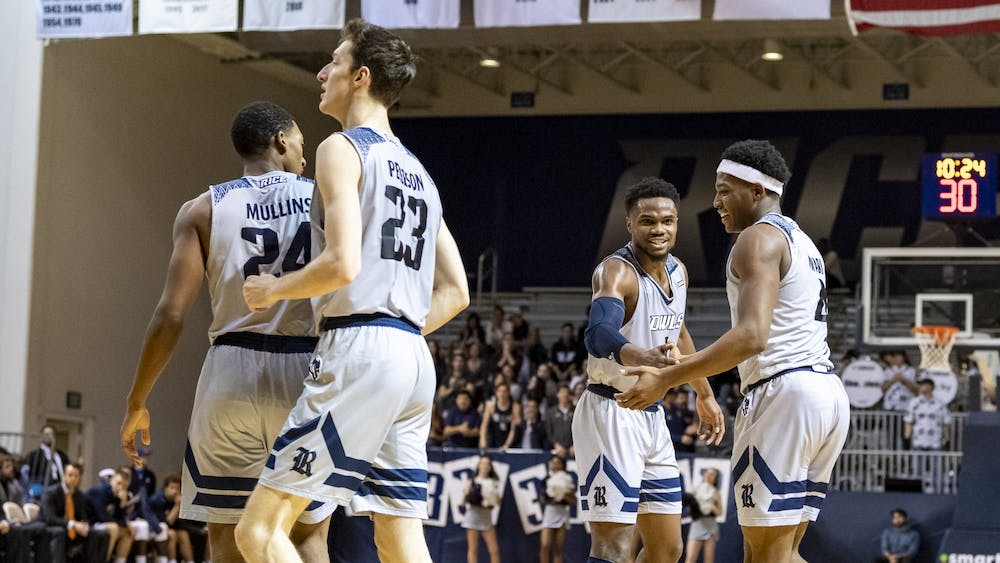 The Rice men’s basketball team will conclude its regular season this week with a pair of matchups, first facing the University of Southern Mississippi in a Wednesday road game before returning home on Saturday to match up against the University of Texas, El Paso in the Owls’ season finale. Rice’s seniors — forwards Tim Harrison and Robert Martin and guards Ako Adams and Addison Owen — will suit up for their final game in Tudor Fieldhouse.

Adams said he is looking forward to finishing his career with his fellow seniors.

“[During] my four years here, there’s been a lot of ups and downs,” Adams said. “It will be an emotional game, but I’m going to try my best to put those emotions to the side and just go out there and compete for my teammates.”

Rice has won two out of its last four contests after beginning February with three consecutive victories. But the final two games of the season will be crucial for the Owls, because only 12 out of the 14 teams in Conference USA will qualify for the post-season conference tournament. Rice is currently tied with UTEP at No. 12 in C-USA. The two teams have faced each other twice this season, with UTEP winning both. UTEP beat the Owls 72-64 on Jan. 23, and followed that up with a 68-62 victory on Feb. 22. One strong point from Rice’s recent loss to UTEP was the performance put together by sophomore forward Drew Peterson, who notched his third double-double of the season with 18 points and 12 rebounds. According to Peterson, some aspects of the team’s performance must be fine-tuned.

“I think we were forcing tough shots,” Peterson said. “If we just remain poised and relaxed out there, I think we can hold that lead next time and get the win.”

This past Sunday, Rice defeated Middle Tennessee State University in a game that proved to have a very different storyline than the loss against UTEP. After going into halftime down five with only 24 points scored, the Owls came out slowly in the second half but soon found their footing. Martin and Peterson each hit a 3-pointer to tie the score and then took the lead after following a defensive stop with a Peterson basket. Unlike the last game against UTEP, however, the Owls would not surrender this lead, as sophomore guard Trey Murphy III and Martin each scored 21 points to help power Rice to the win. Murphy hit four threes and Martin hit two, but one basket in particular by Murphy seemed to draw the most attention from the crowd. Peterson lobbed an inbounds pass to Murphy, who caught the pass in midair and dunked the ball over a Middle Tennessee defender. Rice finished the game with a 77-66 win to come within one win of an overall .500 winning percentage.

Despite being tied for No. 12 in the C-USA standings, Adams said he believes Rice can compete with anyone in the C-USA Tournament.

“We can play with any team,” Adams said. “We beat [the University of] North Texas, and they’re a top team.”

However, the Owls will first need to solidify their spot in the C-USA tournament by winning at least one of their next two games against Southern Miss and UTEP. The C-USA Championships will take place March 11-14 in Frisco, TX.